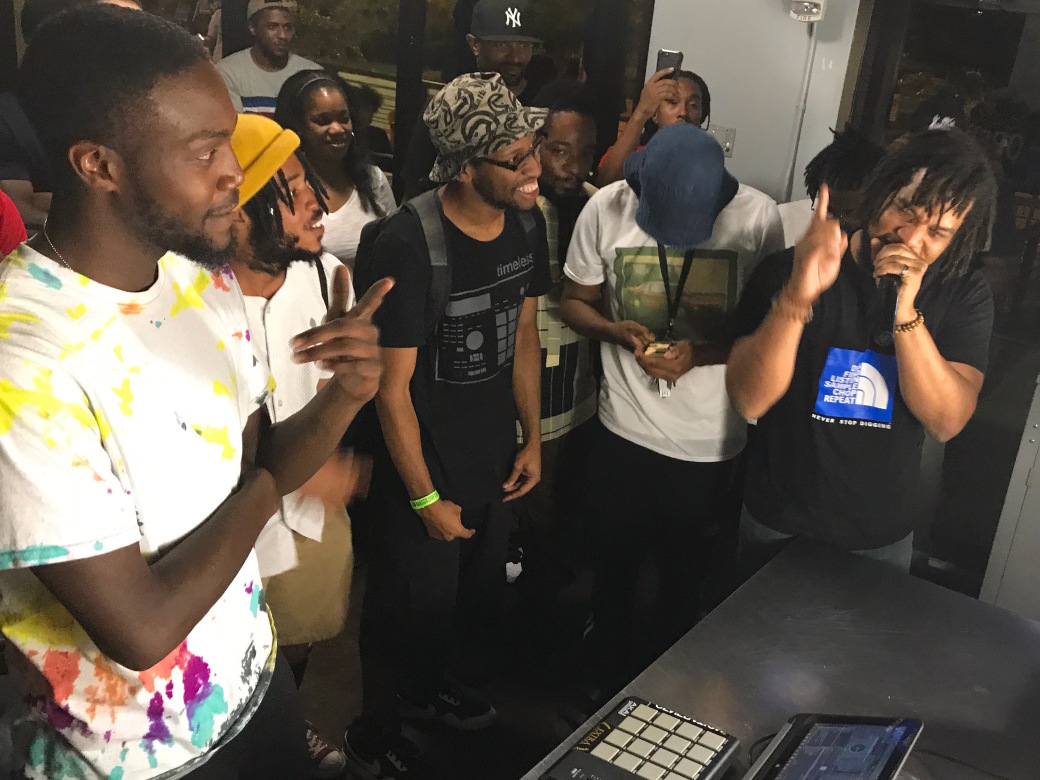 Every Thursday night, Slice Pizza on Piedmont Ave. is ground zero for the most cutting edge hip-hop beats emanating from Atlanta’s underground. Controllerise was conceived by Chris Wilkes, aka STLNDRMS, and Mike Harr as their effort, grassroots as it may be, to facilitate the overwhelming amount of raw talent they saw brewing around them at nearly every turn. “We have a huge mainstream commercial music industry in Atlanta,” Wilkes says. “But there is an equally large pool of talent coming from the underground, and it doesn’t get the exposure it deserves. Controllerise is one way for us to celebrate that level of talent that exists here. It also allows us to give artists a space to do what they do, and to give folks a meeting place where they can create other opportunities, and give the underground a place to flourish.”

Back in July, Controllerise Vibe Session # 10 hosted a long string of producers boasting names such as Funk.Shu, Triiip the Hippy, LeemLizzy, Small Eyez, house DJ Emprêss Rah and more. Each one unleashed a deluge of celebratory beats and heady hip-hop instrumentals upon the crowded pizza joint lined with television screens blasting the original 1989 Ghost in the Shell manga anime, casting a futuristic blue and green light over the room. As such, the nerd vibe was subtly embraced. Action figures still in their blister packs were placed haphazardly amid glowing computer screens, MPCs and other pieces of sound gear.

Small Eyes stole the show with his cut-up treatment of Bell Biv DeVoe’s “Poison,” and a barreling confidence on the mic. Through it all, the packed-out room boasted a communal vibe. Dudes slipping their new mixtape CDs into people’s hands took time to make small talk, and local underground scene MVPs MICxSIC, who hosted the night, hip-hop scribe Maurice Garland, rapper, producer and culinary provocateur Dillon Vaughan Maurer made their way around the room, nodding heads and bumping fists with every familiar face they encountered.

“Controllerise would not exist if it weren’t for the family that has built up around it,” Harr says. “Everyone from MICxSIC who hosts the night to Gumbo Soul who has the connections and so much gear that he lets us use. People show up to this thing just by word-of-mouth, and they’re talking about it because they help build it and watch it grow.”