One MusicFest returns to Lakewood Amphitheatre

Team OMF has announced that Sat., Sept. 10 is the date for their seventh annual music, art, and food extravaganza. 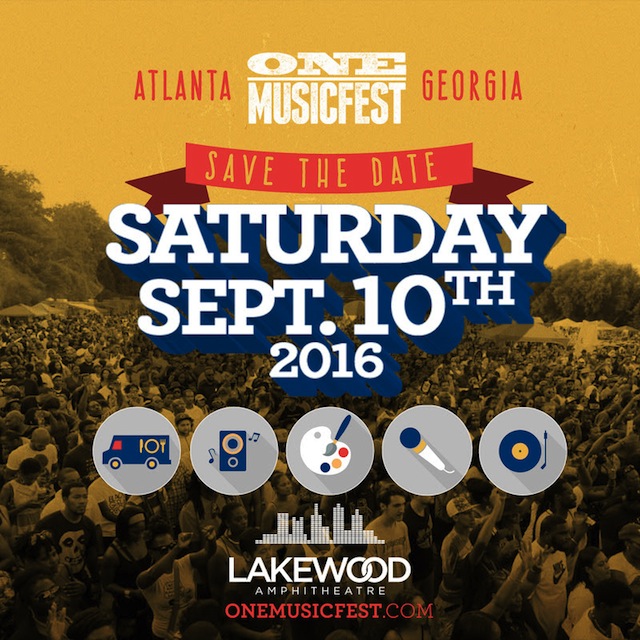 One MusicFest is vying for a head start to capture your attention during this year's music festival season. Team OMF has officially announced that Saturday, September 10 is the date for their seventh annual music, art, and food extravaganza. The early announcement may also be a tap on the shoulder for potential performers to make time on their schedules.

Each year OMF has swung for the fences and outdone the previous edition. So far they have had Ms. Lauren Hill, Snoop Dogg, Erykah Badu, A$AP Rocky, Common, Wale, the Roots, and their 2014 show pulled off the feat of having both Kendrick Lamar and Nas as headliners. The self-billed "urban progressive" festival has also featured local talent-turned-superstars Janelle Monáe, Raury, and Goodie Mob.

Lakewood Amphitheater will host OMF for the third year in a row. Stay updated by visiting One MusicFest. You can also check out their new bi-weekly infotainment video series OMF365 to find out what's going on in Atlanta's music scene and beyond.

Tonight, Jame$ spearheads a benefit for the families of the 147 victims of the Garissa University shootings | more...
Search for more by Maurice Garland
[Admin link: One MusicFest returns to Lakewood Amphitheatre]