Yann Tiersen is a multi-instrumentalist with a variety of projects in his catalog, ranging from studio albums, collaborations, and film soundtracks. Although he is often hailed as a composer of soundtracks, he clears that up by mentioning that since his music is mainly instrumental, it is suitable for film, but his main focus lies in his studio albums. His latest release, Infinity, features many of his classic trademarks such as toy instruments and nature sounds, and takes the listener on a foggy adventure which changes moods throughout.

Tiersen is currently on a world tour and took some time to weigh in on the inspiration behind Infinity, some of his musical influences, and more.

I have heard that when you’re recording you like to be in a solitary place. For this album you went to Iceland to record it, was there a reason behind that sort of setting?

I live on a island so that's everyday life for me. When I start an album, I like to go abroad just to get rid of the pressure of waking up one morning at home and deciding to start an album. So if you’re abroad, it’s a bit lighter, it’s like a whole new day and then you can work. So I went to Iceland with toy instruments for convenience because they are light and I started the album there during the winter so I wasn’t influenced by any landscape or whatever because it’s dark actually, you’re in a small house all day long in downtown Reykjavik.

? ? ?
You mentioned using toy instruments because of convenience, but is there another reason why you’ve chosen toy instruments? Was there a moment of eureka of you seeing someone using one and just thinking “I want that sound in my music?”

When I did my first album I was using a lot of toy instruments so it was a self preference and kind of a joke as well because I’m really into vintage synths. It was really exciting just before starting the album, I just finished my synth setup. Because of that I did the opposite for this album, I went with using toy instruments in Iceland so I wasn’t surrounded too much by technology because I was like a kid with these instruments, so I thought: “Ok, don’t use it at first and try to do the opposite.”

I’ve picked up on the themes of stones and minerals on Infinity and I was wondering how that ties into your recording process and post-production?

Actually, the idea behind this album was to record some acoustic stuff and acoustic ideas, but not using as it was but using it as a sound bank and then treat everything electronically. So I started by recording toy instruments and toy pianos and this kind of stuff and also I did a lot of processes on the toy piano sound, like pitching really low, really down, it makes me think a lot about minerals and something stony and it’s also, on the island where I live in West Brittany and there are no trees and there are quite a lot of stones as well. I didn’t start to do the album thinking about stones but the process of the album brought me back to stones actually.

What was the inspiration behind using three different languages on some songs on the album?

I’m from Brittany so we have our own language which is really close to the Welsh language so I really wanted to have one song in the Breton language. My girlfriend wrote the lyrics and it’s a loop about stones. As I was recording, I decided to translate this song into Icelandic and I asked Amiina to do the spoken word on “Steinn.” So it’s basically the same lyrics, it’s translated from Breton to Icelandic. I also worked with Ólavur Jákupsson, he’s a friend of mine and he’s on tour with us. He’s from the Faroe Islands so he wrote a song about stones as well in Faroese. Also, where I live, Ushant, it's an island, there are no trees, and stones are really present everywhere, of course it’s the same in Iceland, it’s volcanic, and the Faroes, there are no trees there either, so it’s like three stony islands and three different languages.

You’ve mentioned that you were inspired by post punk...

Inspired? I don’t know, I just grew up during that time. I was a teenager in the mid ‘80s so yeah post punk was obviously the music that I was listening to. Punk and post punk and I guess it’s what brings me into music, that’s why I started to make my own music and I think I speak from a time of the DIY way of doing music, how it was being recorded by me.

What are some of your favorite bands from that time period?

It’s funny because now I’m really into ‘70s German bands so when someone asks me my favorite band, it’s Neu!, it’s not post punk. At that time I was a really big fan of Joy Division and what else… lots of bands. I had the chance to grow up in Rennes in Brittany and there is this festival every year called Les Transmusicales and I saw Einstürzende Neubauten and I was really really impressed. I think it’s one of the most important gigs I saw in my youth and it was really incredible.

You’re really into ‘70s German music at the moment, would you say that kind of music inspired Infinity in any way?

It’s hard when you’re a musician to talk about other musicians that are inspirations because if you can spot an inspiration, then you want to get rid of it. I’ve been listening to German music a lot so I’m sure it is an influence somehow subconsciously. 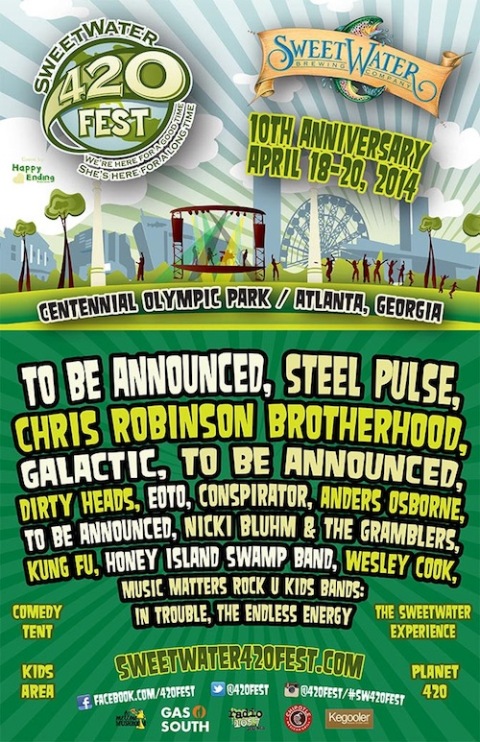 Mastodon at the Tabernacle Article

Mastodon plays a sold out show on their home turf. | more...

Dillon and Lobsterdamus put food to music at Aisle 5 Article