A-Hole Santa is back with Meatwad, Anna Kramer and more for a day of Christmas cheer

Get your picture taken with the drunkest Santa in town, and do it for a cause while Meatwad and Anna Kramer serenade L5P 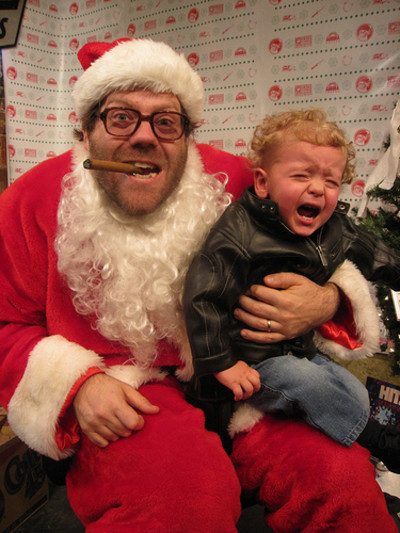 Photo credit:
In addition to a performance from Meatwad (Dave Willis) at 4 p.m. today (Sat., Dec. 12), it is also time for A-Hole Santa to make his annual stop at Criminal Records.

?
From noon until 6 p.m., A-Hole Santa will be available for photos with kids and adults alike, and he will also be collecting donations for PAWS Atlanta and the Georgia Flooded Farms Relief Fund.

?
4:00pm: Dave Willis, co-creator and voice of Meatwad and Carl from Adult Swim’s Aqua Teen Hunger Force, will provide some musical entertainment during the 4pm intermission. Dave will perform songs from ATHF’s brand new holiday record, Have Yourself a Meaty Little Christmas. There will be a signing after his performance.

?
An update on the 4pm update: Anna Kramer will be singing a song with Dave! And Shannon reports that this duet is about boogers! Anna Kramer! Boogers!

?
UPDATE for 5:30pm: Gill Durant will wrap up our day of joy with a short set of his special Christmas songs. Crappy The Elf has this to say about Gill: "His shit is hilarious." And if you don't trust Crappy (and you really shouldn't trust Crappy), Kerri also speaks highly of Mr. Durant and his musical talents. BTW, his hilarious shit (in CD form) will be on sale during the holidays.

?
...This Saturday, during Santa's visit, we will be collection donations for PAWS Atlanta and the Georgia Flooded Farms Relief Fund. (If you would like to bring a check, please make it payable to "PAWS Atlanta" or "Georgia Flooded Farms Relief Fund." We'll mail your check for you with our collected donations.) We're also collecting Toys For Tots; there is a big box at the front door for any new and unwrapped toy donations. Thanks!