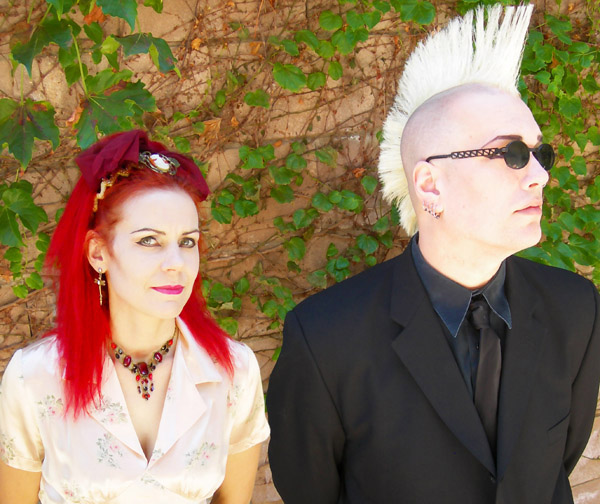 Faith & the Muse play the Hyatt Centennial Ballroom as part of Dragon*Con on Sun., Sept. 6 at midnight.-

After meeting on tour while William Faith was performing with Rozz Williams in a resurrected incarnation of Christian Death, Faith and Monica Richards formed Faith & the Muse in 1993 to explore a more ethereal side of their dark punk roots. Over the years the LA-based duo have  fostered something of an Elizabethan approach to their dramatic and multilayered songcraft. For Sunday's show Faith and Richards have filled-out the lineup to to a nine-piece ensemble to add a bit of a Japanese bent to their mystique.-

Does the word "goth" bother you when talking about Faith & the Muse?-

Does it bother me? No. It at least gives you an inkling as to the style of the music. When people use that as a limitation on what you do it's another thing. There are certain things about the goth genre that apply, and the music has a darker style to it;  there is a romantic quality to what we do. Also, when people see the word goth they know that you're not Garth Brooks or something like that. It's useful in that capacity, but because we employ so much other stuff into what we do, goth is part of it, but it's not the whole thing. To me it's all born out of punk rock.