On Sat., March 14th Elton John and Billy Joel will go head-to-head at Philips Arena for the Face to Face tour. 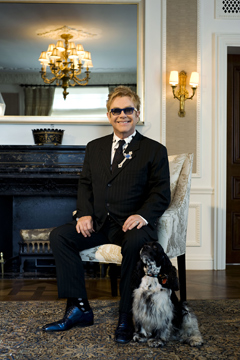 EJ and BJ will open the show with a series of duets, playing twin pianos and trading vocals. Each artist will then perform a set with their own band. When the smoke clears a grand finale will bring them together again for a closing encore running through hits from their respective catalogs as well as several other rock and roll classics.


"I love touring with Billy. I have the greatest respect for him and we're such good friends," Elton said.

"The great thing about performing with Elton is that he is such a good piano player and that makes me have to dig deep to keep up with him, not to mention I've got the best seat in the house-only one piano away from Elton John!" said Billy.

One ticket will get you a whole seat, but you only need the edge...

And although this isn't exactly the typical Crib Notes fodder the pairing of EJ and BJ has spawned such a heated debate in the office that we're opening the floor to our readers. Drop us a line at and let us know who you like more and why, and we'll give the the best response two tickets to the King Tut Exhibit at the Atlanta Civic Center.