Christmas with Gentleman Jesse at The Earl

In Dec. '05, garage punk and power pop luminary Gentleman Jesse and Die Slaughterhaus scrambled missed the deadline to get a Christmas 7-inch out in time for the holidays. That record is now the only piece of Gentleman Jesse vinyl that hasn't demanded a repress, and it is good. 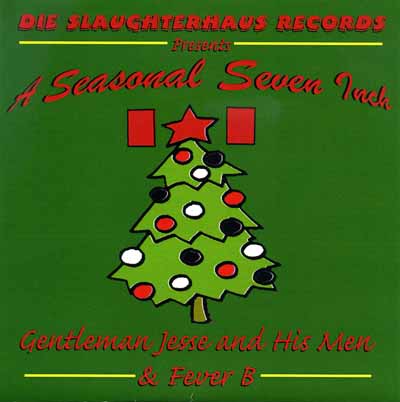 Back in December 2005, garage punk and power pop luminary Gentleman Jesse Smith and Die Slaughterhaus Records owner Mark Naumann scrambled to get a Christmas 7-inch out in time for the holidays.

"The team of me and Mark just isn't a very productive one," Smith laughs. "Mark slept on it a little and the band totally missed our deadline to have the song to him."

The record's sleeves didn't show up until months later. As a result, it's the only Gentleman Jesse vinyl release that's never demanded a repress. Christmas songs come a dollar a dozen in December when people actually enjoy, or at least tolerate, the seasonal cheer. A Christmas record that comes out after the holiday doesn't stand a chance. Want proof? Even though only 500 copies were pressed three years ago, the release still sits on shelves in pretty much any record store in town.

That's not to say the songs are bad by any means. The record is a split single between the long dead Gentleman Jesse and His Men moniker, and Fever B (a.k.a. Brian Hermosillo of Donny Denim, the Fevers and the Sweet Faces). On the a-side Gentleman Jesse's "Christmas Hangover" is a concise, barreling anthem that counters a scaled down intro with busy licks and holiday cheer. On the flip-side Fever B's "Down with Christmas" is a primitive, anti-holiday mantra that builds on the grooves of gritty rock 'n' roll.

Both numbers fit perfectly as opposite sides of a very catchy single. But bad timing has kept it from becoming notable. "The records showed up on Christmas eve eve.," Smith adds. "We had them in time to give one to my parents without a cover and that was about it."

This year there's plenty of time before Christmas, and still plenty of Gentleman Jesse's "Christmas Hangover" to be had. 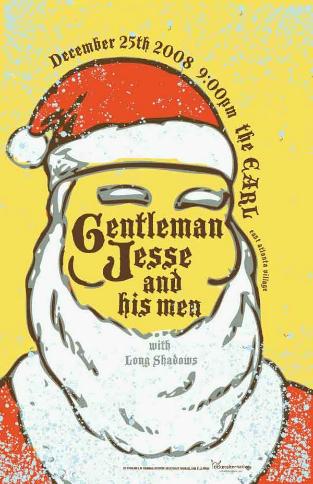