For today's Roll Call we call out Dan Scanlan of Zoroaster. 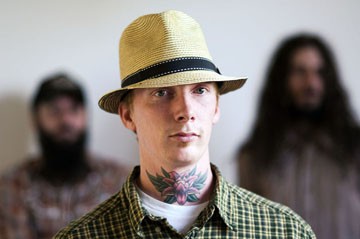 For today's Roll Call we call out Dan Scanlan of Zoroaster.

Describe yourself in three words.

Who - dead or alive - would most you like to meet?

Dick Wolf, Creator/ Executive Producer of Law and Order. I'd like to thank him for giving me a reason to spend every second of my spare time on the couch!!

Who would you most like to slap in the face?

What song do you wish you had written?

Happy Together by The Turtles....quite possibly the best song ever!

LP , but really I like 8-tracks,  I'm waiting for their resurrection someday.

If you could start one trend, what would it be?

Canceling  American Idol... Does that count? Well it should!!

If you could end one trend, what would it be?

Nickleback, My Chemical Romance,  what's that other really shitty band...? Yeah, that one too!!

With whom would you most like to play a game of spin the bottle?