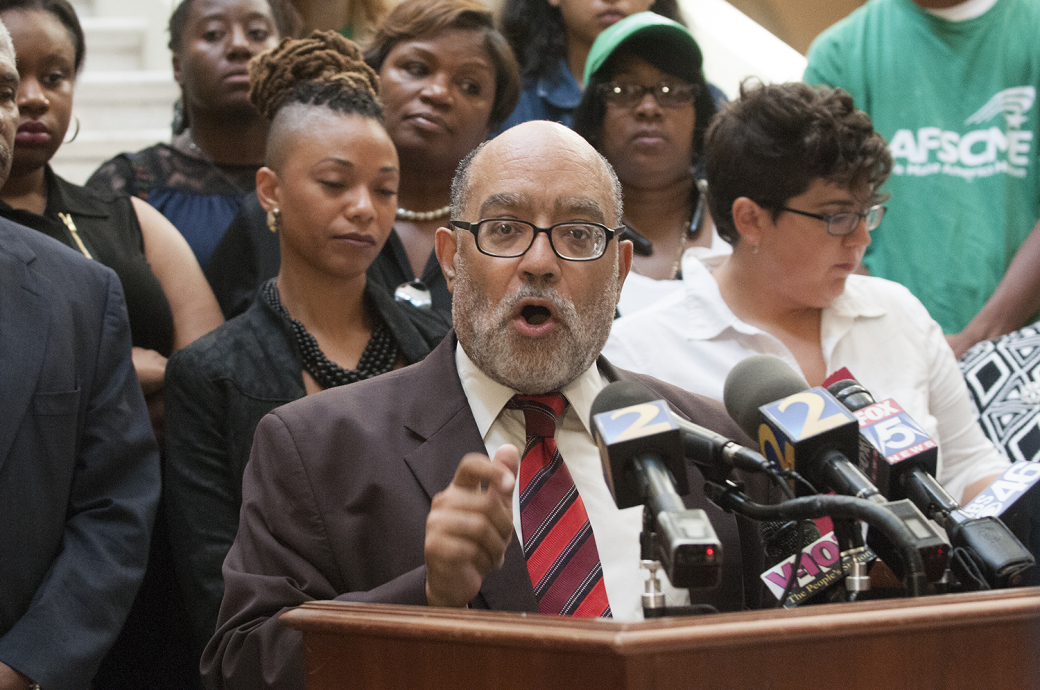 In just the last 24 hours, Vincent Fort's bid for mayor has drawn the attention of two major progressive publications. And this is not the first time his candidacy had been spotlighted by left-leaning outlets. The New Republic and Huffington Post filed lengthy, gushing profiles of Fort during the last day of Atlanta's mayoral election. Both frame his candidacy in the mayoral race as having deep implications on the national Democratic political scene, which is often framed as left-leaning Bernie Sanders supporters against the more conservative Clinton camp. The democratic "civil war" is still being played out more than a year and half after Clinton received the Democratic nomination during a convention that played out against a backdrop of released emails that showed the Democratic party had fixed the deeply contested primaries in Clinton's favor, tilting the close primary race toward a Hillary victory.

The New Republic calls Fort an "African American Berniecrat" and says the former state senator has a "solid shot" of advancing to a run-off, citing his candidacy as a "reason to believe that the left is making inroads in the South." Meanwhile the Huffington Post in a lengthy story entitled "What Democrats can learn from an Atlanta Progressive's Underdog Mayoral Bid," places him in fifth place in the race, but says it would be "difficult to overstate the implications of a hypothetical Fort upset for Democratic Party politics across the country."

Their stories come on the heals of other progressive publications highlighting his candidacy with stories about him in In These Times and The Intercept. But does Fort really have a chance of gaining a place in the expected runoff that will decide Atlanta's future? According to a Reddit poll, it's a sure thing.