15 concerts to count down New Year's Eve in Atlanta

This is an article from 2011. For all current information and additional links see Cl's coverage of Atlanta Concerts.


AGAINST ME!
It's been a long, strange trip for Gainesville, Fla., rock outfit Against Me! — from scrappy crust punk idols to mainstream-skirting mainstays in a matter of a decade. Throughout, the band has maintained a heroic tour regimen and built a legion of loyal fans from all stripes of life in the process. No longer merely a fixture of the DIY/house show underground, Against Me! now operates on a much larger scale. The band headlines a New Year's Eve pop-punk spectacular at the Masquerade, the aging and charmingly derelict venue being a perfect spot for the group's refined — but still edgy — rock 'n' roll vibes. With Fake Problems, Ninja Gun, the Wild, Franz Nicolay. $20. 8 p.m. Masquerade, 695 North Ave. 404-577-8178. — Gabe Vodicka 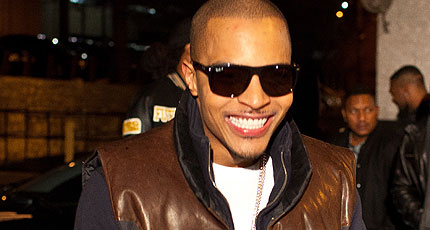 BALKANS, SMALL REACTIONS, RED SEA
If ever there was a locale tailor-made for NYE party ambiance, it's the Highland Inn's antique ballroom. Local punk brats Balkans headline a show that offers the biggest bang for your buck. Openers Red Sea build a balance of noisy pop tones billowing in a haze of reverb. Small Reactions pick up the pace, combining the raw energy of garage rock yearning and art-punk melancholy. Deerhunter drummer Moses Archuleta DJs the party till it's time to shut it down. $12-$15. 9 p.m. The Highland Inn Ballroom Lounge, 644 N. Highland Ave. 404-874-5756.
— Chad Radford 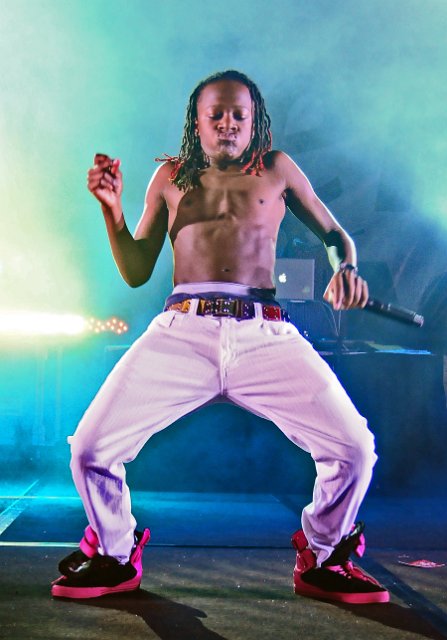 CAKE
Sacramento, Calif., oddballs Cake have managed a 15-year career while maintaining an understated profile, despite their various excursions into the collective consciousness — like the one-time omnipresence of breakthrough single "The Distance." Maybe it's the music, droll and rambling and seemingly always at odds with the zeitgeist, or maybe it's frontman John McCrea's anti-frontman aura. Clad in a baseball cap and '90s coffee-house goatee, McCrea is a normal guy in a business where it's normal to be weird. Either way, there's something appealing about the group, which anchors a NYE festivus at the grand ol' Fox, an event sure to draw from all ages and persuasions. $55-$100. 9 p.m. Fox Theatre, 660 Peachtree St. 404-881-2100. — GV 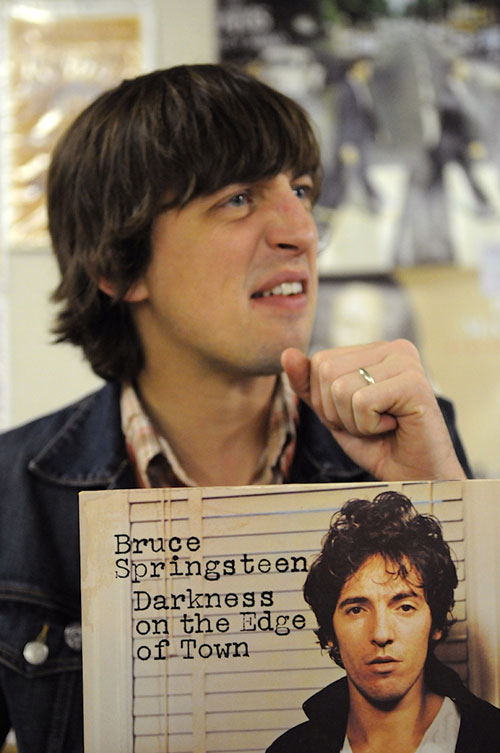 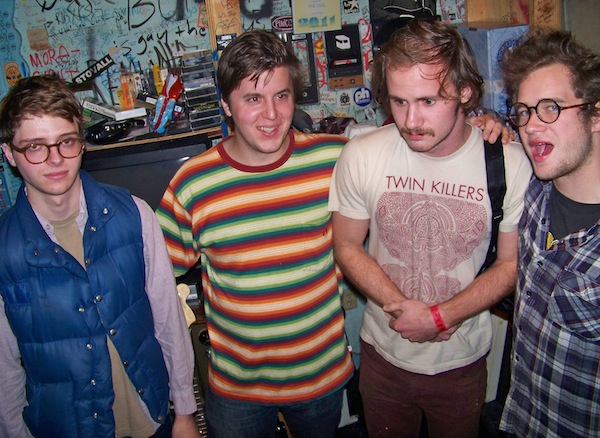 THE CONSTELLATIONS, COUSIN DAN, THE HIGHER CHOIR
Atlanta's Constellations followed up a breakout 2010 — and the release of Virgin debut Southern Gothic, an album that spawned crossover radio smash "Felicia" — with an equally eventful 2011. The year saw the group touring and working on a sophomore album amid the scuzzy glitz of Los Angeles, undoubtedly the perfect backdrop for the Constellations' groovy, slightly seedy tunes. But it wasn't all hugs and drugs, frontman Elijah Jones found the time to get involved in Occupy Atlanta, penning a piece for CL's music blog on the budding movement. Along with uncategorizable synth satirist Cousin Dan, the group welcomes 2012 with a wild night in store. $25. 8 p.m. Smith's Olde Bar, 1578 Piedmont Ave. 404-875-1522. — GV

DJ ROMEO COLOGNE
The Godfather of booty is on duty for Clermont Lounge's NYE bash. DJ Romeo Cologne and his sidekick Quasi Mandisco freak the funk and disco classics in Atlanta's longest-standing (ahem) gentleman's club. It's the eve of 2012 and if you believe in all of this Mayan calendar doom and gloom, then there's no tomorrow, so you might as well go dancing. $6-$10. 10 p.m. Clermont Lounge, 789 Ponce de Leon Ave. 404-874-4783. — CR 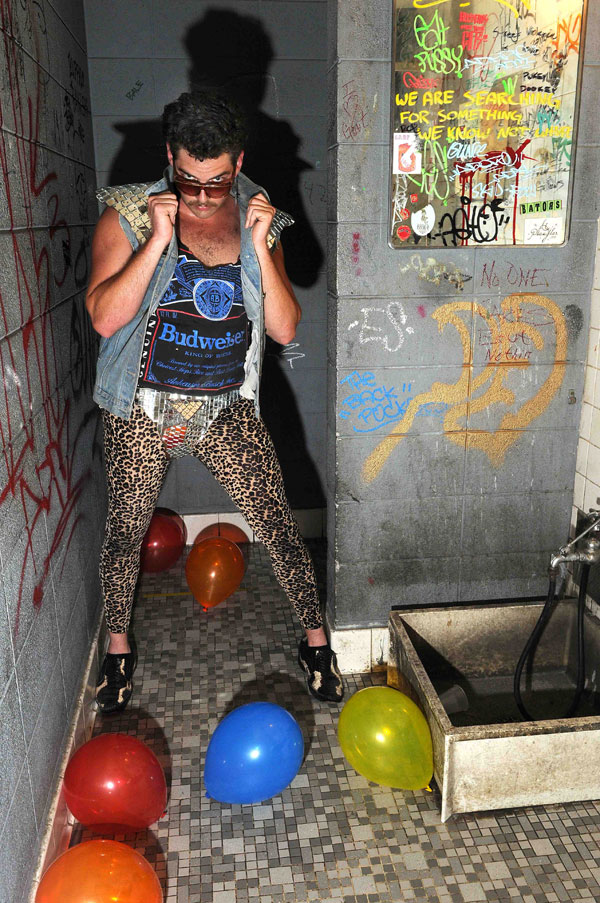 GENTLEMAN JESSE AND HIS MEN
The last time Gentleman Jesse and His Men played a show that wasn't a wedding was last July. For that reason alone the show is worth hitting up, just because his hometown appearances have been so few and far between this year. Now armed with new bass player Joseph Plunkett of the Weight and King Tuff fame, the group will tear through a set of its punk and power-pop classics, along with a handful of new numbers from Smith's forthcoming sophomore album, Leaving Atlanta: Feel Good Songs for Bad Times. Upstairs: DJs Prince Presto and Klever are on the turntables. $10. 10 p.m. The Basement, 1245 Glenwood Ave. 404-662-8686. — CR 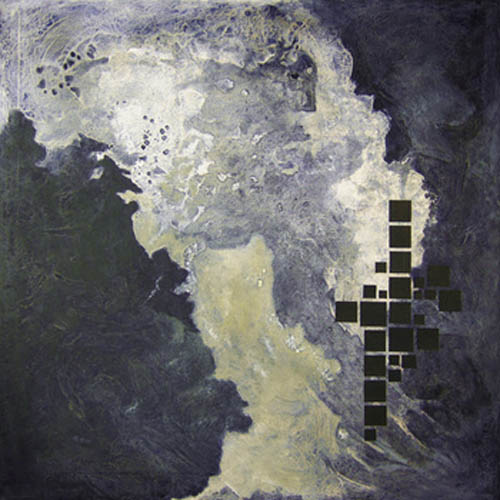 KYLESA
Late last year, Savannah metal heads Kylesa released their mammoth fifth album, Spiral Shadow, an accessible long-player that found the band's noisy past intermingling with more traditional alternative rock stylings. Led by "Don't Look Back," the band's most anthemic song to date (think: Foo Fighter's "My Hero" on steroids, punching you in the face while you watch a blockbuster-movie montage), Spiral Shadow was an epic thing indeed, earning kind words from the likes of Pitchfork, Spin, and Revolver. A couple weeks after this show, Kylesa will head to Europe until the end of February. After that, one can only hope the group will get back in the studio — because, seriously, have you heard Spiral Shadow? With Royal Thunder, Whores. $13-$15. 9 p.m. The Earl, 488 Flat Shoals. 404-522-3950. — Austin L. Ray


page
NAUGHTY BY NATURE, ED KOWALCZYK
For the most surreal lineup of the year, Ed Kowalczyk, aka the bouncing Krishna-looking guy who sang for post-grunge rockers Live, plays the Hyatt Regency with '90s hip-hop chart-toppers Naughty By Nature. Both lay down positively anthemic mantras, old and new. Set to such Clinton-era classics as NBN's "O.P.P." and Live's alt-radio hit "I Alone" (which he kind of has to do), the Hyatt Regency's gonna party like it's 1994 when the Big Peach drops. $119-$175. 8:30 p.m. Hyatt Regency Atlanta, 265 Peachtree St. 404-577-1234. — CR

NOOT D' NOOT, COATHANGERS, CARNIVORES
Noot d' Noot headlines a clusterfuck of local DIY staples and newcomers from the punk, pop, and just-plain-weird walks of life. After sets from Gun Party, Carnivores, Husseins, Headband Girls, and Street Violence, Coathangers caterwaul through the midnight hour. Eight-piece cosmic funkateers Noot d' Noot roll up just in time to claim the honor of being the first band to rock on the stage in the New Year. $10. 8 p.m. Star Bar, 437 Moreland Ave. 404-681-9018. — CR

SOUND TRIBE SECTOR 9
Tough to think of a band better suited for the New Year's party circuit than Sound Tribe Sector 9 (STS9). A bastion of the ill-defined (and unfortunately named) "jamtronica" scene, the Georgia crew's foremost concern is the groove. STS9's annual New Year's Eve concert series is already the stuff of heady legend. For five nights, culminating on Dec. 31, STS9 will regale Tabernacle-goers with its cultish brand of electronic-tinged jamminess, a perfect musical cocktail for anyone wishing to ring in the last year of human existence with a bang. $37.50-$75. 9 p.m. Tabernacle, 152 Luckie St. 404-659-9022. — GV


T.I.
Billed as a New Year's Eve shindig, the "Takers" party will be hosted by the Kang and his Grand Hustle family. But with T.I.'s first post-prison mixtape, Fuck Da City Up, scheduled to drop (via LiveMixtapes.com) the moment the clock strikes 12, there's no way Tip will resist blessing the crowd with a hot sixteen. That's sixteen bars, just so we're clear. With more than 50 songs already in the can for Trouble Man, his eighth studio LP, T.I.'s been on a lyrical rampage since returning home. But there's a noticeable difference between now and his last freedom stint. This go-round he seems to be making time for the things that truly matter: family, friends, and a few hundred of his closest fans. It's a celebration, snitches. With Ryan Cameron, DJs J-1, MLK, Holiday, Battle, A+. $30-$2,500. 9 p.m.-3 a.m. 200 Peachtree. — Rodney Carmichael

TOMMIE SUNSHINE
House, techno, electro, dubstep, moombahton — whatever gets you moving, it's all on the menu for QUAD's Electric New Year's Eve party. From local favorites Kid Cedek, Ployd, and J Stella to old-school Atlanta house music icon Tommie Sunshine, the place will be a spectacle of beats, lights, and boots on the dance floor. Afro Acid founder DJ Pierre, Angel Alanis, and several more will be on the decks throughout the night. $15-$20. 10 p.m.-6 a.m. QUAD and Spring4th Complex, 714 Spring St. 404-870-0040. — CR

TURF WAR, HAWKS, THE NEC
Let's face it, New Year's Eve is amateur night. Damn near every bar in town is packed with a killer lineup and everybody is going to be out and running amok. To counteract the madness, a handful of punk, noise-rock, and psychedelic outsider rockers have teamed up for a solid bill that boasts performances by Turf War, Hawks, the NEC — all at a DIY price. $5. 9 p.m. 529, 529 Flat Shoals Ave. 404-228-6769. — CR

ZAC BROWN BAND, BLACKBERRY SMOKE
The past decade's hard work has paid off in spades for Zac Brown Band, with the homegrown act graduating from the regional bar scene to become one of the most popular bands in mainstream country. Despite his pole position on the charts, consistent sold-out concerts, and a nonstop presence on CMT, Brown still found time to start his own record label. Now that Southern Ground Artists Inc. is thriving, what better way to celebrate his success than a party with his label's artists and 17,000 of their closest friends? Joining Brown at Philips Arena will be dyed-in-the-wool Southern rockers Blackberry Smoke, who have as much road cred as Brown. Also on the bill are singer/songwriters Nic Cowan, Sonia Leigh, and Levi Lowrey. Family acts Dugas and the Wood Brothers join the festivities, and Atlanta's hick-hop Wheeler Boys bring their rap to the party. $37-$74. 8:30 p.m. Philips Arena, 1 Philips Arena. 404-878-3000. — James Kelly