ATL festival season is in full-swing 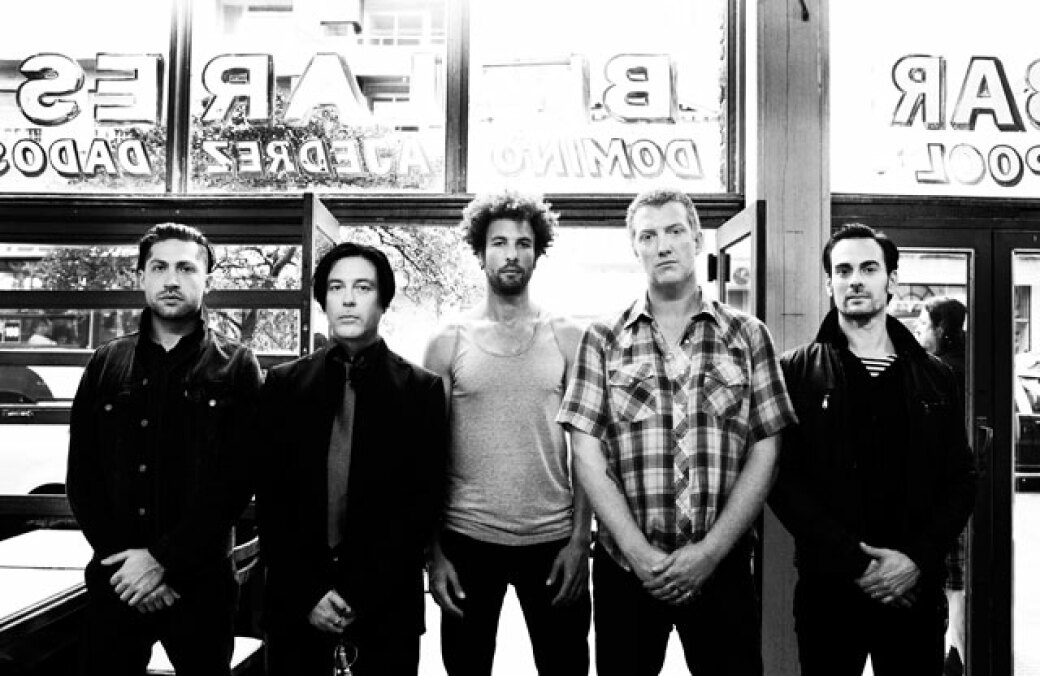 As the summer heat tapers off and fall breezes in over the Southeast, festival season is kicking into high gear. Between now and October, a metric ton of music will be passing though Atlanta as promoters set up stages across the city, from Piedmont Park to Little Five Points to the Chattahoochee Hills. Whether you're looking to spend an afternoon rocking out with a few hundred locals or camping out with 150,000 ravers, there's something for everyone gracing the city over the next two months when five monster music festivals take over Atlanta.

Whether you're an Atlanta music aficionado or a local culture newbie, Little Five Fest is a celebration of hometown sounds. This year the neighborhood-wide fest sets up performances at Wax 'n' Fax, Criminal Records, Aurora Coffee, Star Bar, and Elmyr. On Friday, check out the return of retro garage-punk outfit the Booze when the group takes the stage at the Star Bar, playing its first show together since breaking up in 2011. On Saturday, the music kicks off at 1 p.m. when new wave/post-punk newcomers Onchi sets the day in motion with a performance at Star Bar. Later that night, the Queers blast the stage at 9 p.m.

Other features this year include a record fair at Aurora Coffee with an appearance by Third Man Records' Rolling Record Store. National lauded indie labels, such as Sub Pop, Merge, Yep Roc, and more will be on hand peddling their goods as well. — Sonam Vashi


One Music Fest returns to Masquerade Music Park on Sat., Sept. 14, for a day filled with soul, hip-hop, and R&B sounds. Festival founder Jay Carter turned his onetime party planning hobby into big business to fill what he saw as a void in cohesion with Atlanta's multi-cultural music scene. Four years later, we're still shakin' to his moneymaker. The fest is also the only place to see a reunited Goodie Mob, as the rhyme quartet recently canceled all of its tour dates save for a show at L.A.'s House of Blues back in August — and this one-off hometown performance. Catch CeeLo & Co., while you can, as the group's last comeback was a reunion show at Masquerade back in 2009. Hip-hop veteran, Snoop Dogg (aka Snoop Lion), Philly soul darling Amel Larrieux, rocker Res, and elecro-soul duo Quadron top the list of this year's highlights. Special surprise guests are scheduled to appear as well.

If you like what you hear, OMF is packing more flavor in with food trucks, including local faves P'cheen, the Fry Guy, Hail Caesar, and wine from Urban Vines. Games, live art, jewelry, and craft vendors with special giveaways from the hosts round out the activities. Fo' shizzle. — Shannon Barbour


Short of booking Bruce Springsteen and Adele to close out each day, there's not much this granddaddy of Atlanta music festivals could have done to match the one-two punch of last year's megawatt attractions Foo Fighters and Pearl Jam. But what this year's model lacks in universally revered mainstream rockers, it makes up for by fielding the most ambitious roster since Music Midtown 2.0 successfully re-launched in 2011.

Among the acts sure to draw a cross section of the curious and the faithful are Lamar, Drivin' N Cryin' (Southern/hard-rock stalwarts riding the PR buzz from a recent documentary), Imagine Dragons (a spirited mix of Coldplay and the Fray), '80s arena-rock idols Journey (because "Don't Stop Believin'"), and no-nonsense hard rockers Queens of the Stone Age. And you can enjoy them all via one of three ticketing options: general admission, VIP (with a private entrance, outdoor hospitality area, and air-conditioned restrooms), and Super VIP, which affords you such amenities as valet parking, an indoor hospitality area, a souvenir laminate, and a free T-shirt. — Kevin Moreau


It may come as a surprise, but venture a few miles southwest of Atlanta to Bouckaert Park and you'll find an expansive, 8,000-acre rural property near Fairburn's Chattahoochee Hills — the future site of TomorrowWorld, one gigantic electronic dance party. Born as the first international offshoot of Belgium's Tomorrowland festival, the largest international EDM gathering in the world, TomorrowWorld translates the hyper-stimulated European institution's pounding beats and glow sticks galore to the United States on the same grounds that hosted last year's CounterPoint fest.

Indeed, large-scale electronic festivals aren't strangers to the South, but TomorrowWorld goes above and beyond the standard-issue psychedelic light shows and stage setups. Similar to such sprawling and higher profile festivals as Coachella, Bonnarooo, and Lollapalooza, TomorrowWorld will cultivate an immersive experience for both local and international attendees, encouraging guests to camp out in DreamVille, a self-described "vibrant city" of tents, temporary cabins, shops, food vendors, and "experiences" located on the festival grounds.

This is an outdoor celebration of electronic dance music, and a lineup that features more than 300 artist and DJs performing on seven stages. Calvin Harris' blippy electro house, Steve Aoki's manic dance beats, Skream's proto-dubstep, and A-Trak's hip-hop infused electronics are all major draws. But TomorrowWorld promises a lengthier lineup with genuine Southern hospitality. And with an expected turn out of 150,000 attendees making the trek from around the globe, it's primed to set records as the summer's blockbuster music fest. — Bobby Power


A3C makes you wish cloning or some form of teleportation was possible. How else could you see and hear everything? What started as a way to show that the South not only had something to say, but a lot to do with the advancement of hip-hop culture, has become the largest event of its kind in the United States. This year's lineup features new stars like A$AP Ferg and Schoolboy Q, along with the likes of old-school luminaries, Ghostface Killah, Madlib, and Pharoahe Monch.

For the first time in its nine-year history, the festival has expanded to a full five days from October 2-6 over four areas: Old Fourth Ward, East Atlanta Village, Little Five Points, and Downtown Atlanta. Among the must-sees is a screening of Our Vinyl Weighs a Ton, a documentary film on the founding of Los Angeles-based, Stones Throw Records, who are responsible for some of the most eclectic hip-hop and soul releases — from J Dilla's Donuts, to the majority of Mayer Hawthorne's discography. Sunday closes out with the "Best Block Party Ever" in Old Fourth Ward, featuring everyone's favorite DJ, drummer, and memoirist, Questlove of the legendary Roots crew. — Shannon Barbour

EDITOR'S NOTE: Story has been updated to reflect the proper neighborhoods for A3C.