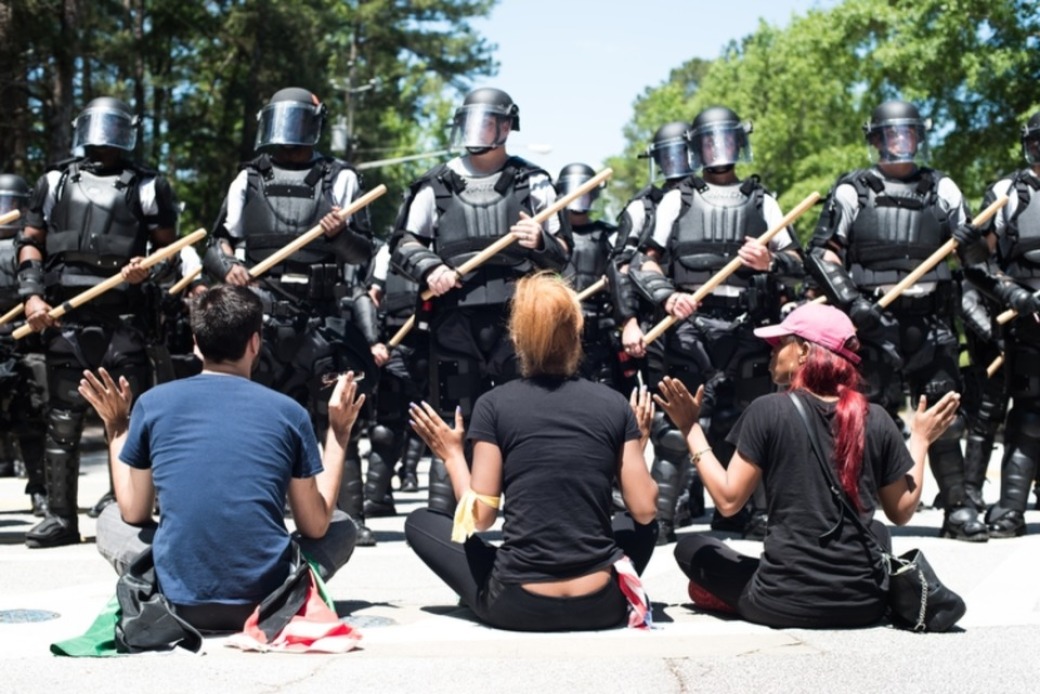 Councilman Michael Julian Bond’s proposal, an amendment to the city’s disorderly conduct code, would prohibit “the carriage of items with the intention to either threaten, intimidate, or provoke the apprehension of violence or with reckless disregard for the rights and safety of others; and for other purposes.”

Atlanta Police Department Deputy Chief Scott Kreher said the amendment was drafted as a response to recent violent protests, such as the one in Charlottesville, Virginia, where protesters weaponized ordinary objects like metal pipes and wooden boards.

But, should this proposal take effect, determining what exactly makes an object threatening would be largely up to police, Kreher said. People at protests like Charlottesville’s donned masks, and armor. “We wanted to have a tool to be able to make sure that anybody that participates in a First Amendment right — as far as protests, gatherings, and rallies — we want to make sure they are safe and secure in what they do,” he said, adding that cops would give warnings before clicking cuffs.

However, the legislation has some Atlanta activists wondering if it could be used to target them. Local organizer Tim Franzen, while grateful for the response to the Charlottesville riots, said he worries the amendment might actually discourage free speech. “Security should not come at the cost of freedom,” he said. “I have been snatched up at a rally, illegally arrested, more than once in this city, and it’s fairly well documented. I’m not the only one who has experienced that.”

Bond’s proposal was spawn of the Council’s Public Safety and Legal Administration Committee, which on Nov. 28 voted to send it to the full Council for further deliberation. Some members of the committee, including Councilmembers Ivory Lee Young and Yolanda Adrean, said they were confused and concerned about what they were signing off on. “I remain concerned about the vague language and unintended consequences; my questions were not fully answered,” said Adrean, nearly a week after she voted to adopt the ordinance during the committee meeting.

Bond’s legislation was approved by a council vote on Dec. 4, lumped in with other papers on the consent agenda. Asked repeatedly why he felt compelled to author the legislation and whether its language would help prevent unnecessary arrests, Bond merely scribbled on a notecard CL passed to him during a council meeting: “whatever the code says now.”

We still don’t know what he meant by that.