Adults go to adult gallery openings, and kids go to children's museums. When attempting crossover, the results often go together as well as heels and hiking.

I took my children to a child-friendly, mainstream exhibit at a local place (I like the place, so I won't say where) about a really important topic that would benefit society for both grown-ups and children to know more about. The kids were super well-behaved and properly curious. Even so, when another guest in the tour group felt "uncomfortable" with children being present, we were politely approached by an employee. She didn't ask us to leave per se, but did let me know that another guest was uncomfortable. And then just looked at me. I didn't feel welcome, so we left.

Sometimes the art, while good, may push the boundaries of what is appropriate for your child. The image of my 12-year-old son and 6-year-old daughter at the Mammal Gallery looking up at "Can we listen to something that doesn't make me feel like I'm in a 90's movie" by Marissa Graziano, a large painting of a woman sporting a visible tampon string, tested my boundaries as a parent. We had a matter-of-fact discussion about different methods people can use when they have their periods, and it was good. But it wasn't easy.

Parents know the mind-numbing boredom of taking children to a bounce house playground or a children's museum. It isn't that these places aren't colorful, engaging, and like cotton candy for your offspring's mental and physical stimulation. Usually, there's nothing for the parent except an opportunity to distract your kid. 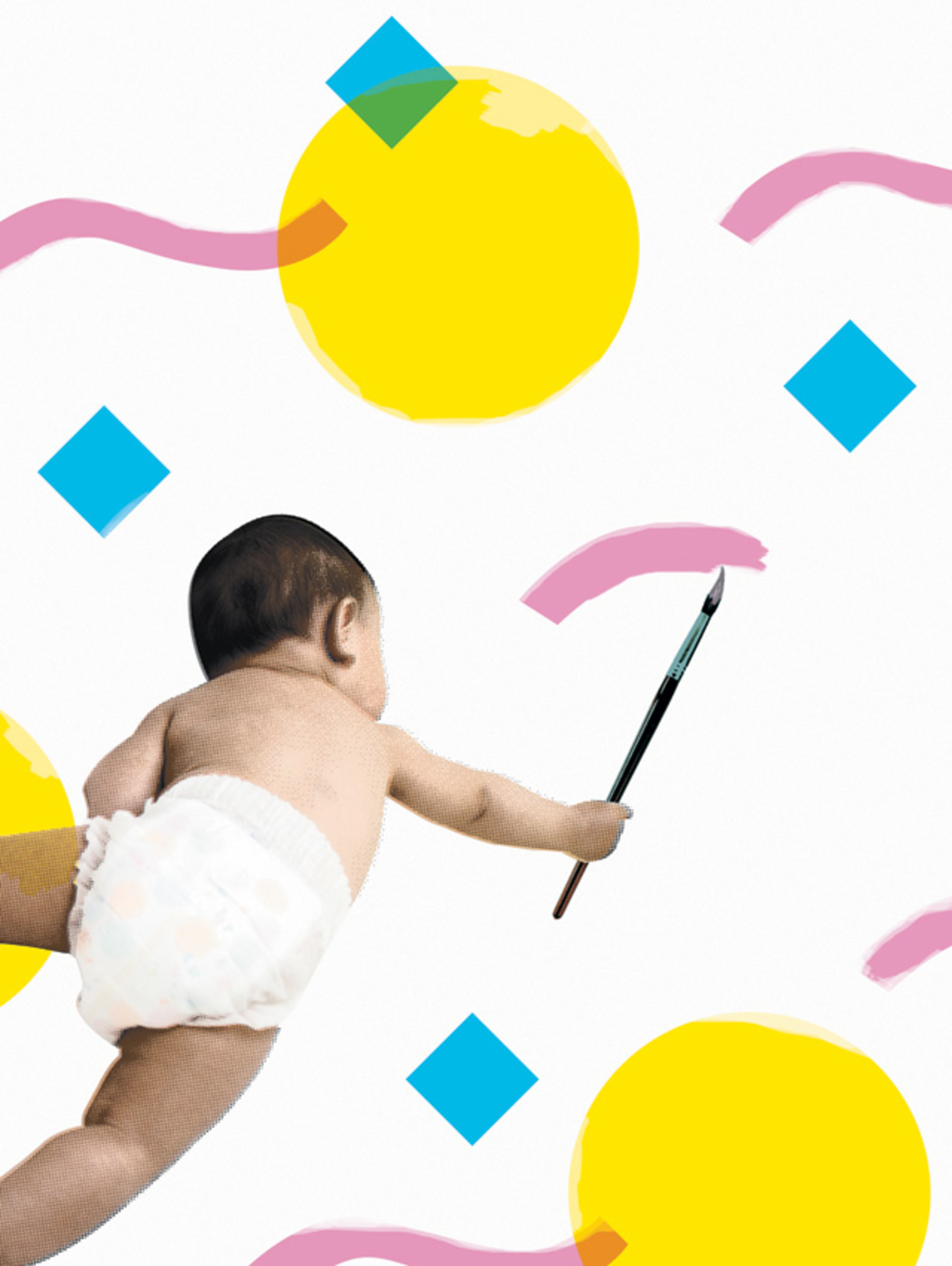 Babies in Space, part of the Theatre for the Very Young (TVY) series at Alliance Theatre, is pushing to shift the balance. In partnership with Dashboard Co-op, artists Kelly O'Brien and Jane Cassidy designed a touchable, jumpable, mesmerizing space with a Brian Eno-like soundtrack. The dance collective Fly on a Wall brings to life a story about a planet who befriends an astronaut through big movements, iconic costuming, and improvisation with their tiny audience members.

Olivia Aston Bosworth, manager of Family Programs at Alliance says, "I liken it to the Pixar model. You watch a Pixar movie as an adult and you enjoy it, and then you watch it as a kid and you enjoy it. ... That's how we approach our work in TVY. We want it to be accessible for everyone in the room, regardless of age."

Pixar movies and other cartoons following them broke box office numbers by appealing to both demographics. Following that model, Alliance's TVY earns recognition from around the country including museums in Chattanooga and Lexington who want to follow its lead. "The Alliance is one of maybe 10 theaters in the country that is doing TVY to this caliber where we're putting up an entire season and we're selling season tickets and it runs for months and months," Bosworth says.

O'Brien, a soft sculpture artist, had never done work specifically for children before. "I've been trying to get babies to stop touching my work for a decade," she says, noting the experience was rewarding because it taught her to be more interactive with her art. Instead of confronting a gallery full of patrons in nonplussed hipster stance, she witnessed people of all ages light up and interact with the art in a way that wasn't quiet as isolated. "People's guard is down," she says. "Kids instigate and parents follow. The kids are teaching parents how to interact with the art."

Parent and owner of Action Artwork Rental Carey Hall often takes her two boys to art events. "I deeply feel the eyes of disapproving adults, so I admit I don't bring my kids to every event that I would like to," she says. "As a result, they miss out on the fun and engagement that happens on opening nights. ... Also, by not welcoming kids, they're essentially not welcoming parents. I can't afford childcare for every event I want to attend, so bringing my kids allows me to engage with the art community more often."

"In the U.S., we are scared senseless at the thought of taking a 1-year-old anywhere someone may be disrupted," Bosworth says, noting other Western countries are different. "Elsewhere the public view children under 3 as vital to society's growth and identity. Taking your very young child to an art museum or musical performance is absolutely a part of the culture."

We want kids to know about stuff like art and culture and treating people with respect and understanding, but kids aren't always welcome where that learning takes place. If we don't take them to the places where art and culture happen, then we aren't showing them how to behave, how to be exposed, and how to process new knowledge and strong feelings.

"The more we can have children in 'adult' museums, the more they are going to learn to either hold it in reverence, or play with it," Bosworth says. "They need to be able to experience it and form their own opinions." Children who grow up going to cultural institutions plug in more easily as adults. They are the next generation of artists, museum-goers, collectors, and funders. "What we're really trying to do is change the culture around that — especially in Atlanta, but nationally."

It isn't a huge leap. "It is our first foray, specifically geared to babies," says Beth Malone, executive director and co-founder of Dashboard Co-op. "But we have always produced exhibitions that are accessible to kids. Big, vibrant installation work is our specialty and that resonates well with the imaginative."

Their research revealed what would work well with the 0- to 24-month set. "In terms of preparing for this show, we all read loads about the cognitive function and development of 0- to 24-month-olds and conducted site visits to preschools, like the Suzuki School, to play with babies as a group and see what they respond to," Malone says. "Balls, really. And light."

The collaboration between Alliance and Dashboard yields an experience that wows. On a squishy, lunar level playing field, adults and children can get comfortable with wide eyes and smiles.

The experience is entrancing. No glowing cell phones, no restless children pinned to their chairs for an unimaginable hour — and no one wanted to leave when it was over.

"I can see the Woodruff putting more emphasis on families across the campus with huge programs like Toddler Takeover and summer exhibitions at the High of children's book illustrators," Malone says. "I think their emphasis on younger audiences will lead not to short-lived trends but to outright shifts in cultural offerings for families in Atlanta."