Caroline has a great spread.

Her home, Decimal Place Farm, is a gently rolling 18-acre tract in Clayton County. Even though it's close to I-285 and is actually under the take-off path of two Hartsfield-Jackson runways, it feels like the country.

Caroline shares her home with 22 other adult female saanen dairy goats and Mary Rigdon, a goat farmer. The herd is small enough that it subsists entirely on the naturally growing grass, privet, kudzu, acorns, and even poison ivy at the farm.

For months, the fruits of Caroline's labor were available at local gourmet food stores and community farmers markets. But on Oct, 7, the Georgia Department of Agriculture put Caroline out of a job.

Garrison and his department acknowledge that a high count doesn't definitively indicate an infection. Somatic cell counts in milk naturally rise in the autumn, even in healthy goats.

"In the South, nearly every goat dairy quits producing goat cheese during the autumn," he explains. "Once [somatic cell counts] get out of line, the products can't be offered for sale."

Caroline and her 22 co-workers don't have mastitis, Rigdon says. She's up-close-and-personal with each of her goats. She knows their names, personalities, and udders. She also pays an independent analyst to test the farm's cheese.

Caroline is reluctant to talk about Decimal Place's challenges, but Rigdon is deeply upset. She invested six figures in equipment that brought Decimal Place up to state and federal safety standards. But her small farm can't stay in business, if she can't sell cheese during the cold months.

She understands that agriculture standards keep the public safe. But she says it would be a pity, if regulations intended for large dairies put a local, organic, sustainable farm out of business.

Now Rigdon may have to shut down and fire her two employees because Caroline and her herdmates can't help their somatic cell counts.

Caroline is handling the farm's setback in stride, seemingly not worried that she could end up unemployed during the deepest recession in a quarter century. She goes about her day.

She nibbles on her varied diet, evades three herding dogs and occasionally balances on a log. Until next spring, at the earliest, however, Caroline's udders are shuttered.


Caroline has a great spread. Her home, Decimal Place Farm, is a gently rolling 18-acre tract in Cla...

Rex Smith is fed up with bitchassness. He's so fed up, in fact, the 25-year-old Northside Drive...

3. Deisha Oliver: Can't play her cello because some jerk sat on her bow and broke it


Deisha Oliver's cello and bow aren't special by objective standards. "My instrument is...

Jason Pye tries to live his life in accordance with his libertarian ideals. He is a devotee of autho...


"Ever since I jumped out of that tree, I've probably covered about 50 [graffiti tags]."...

SO UN-INFLUENTIAL, THEY DIDN'T MAKE IT TO PRINT

Woman can't stop her home from being burglarized. Atlanta’s 11 Least Influential People: No. 8 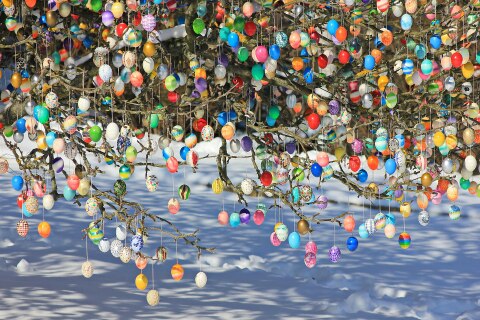 CL's guide to the most pastel holiday  | more...
Search for more by CL Staff