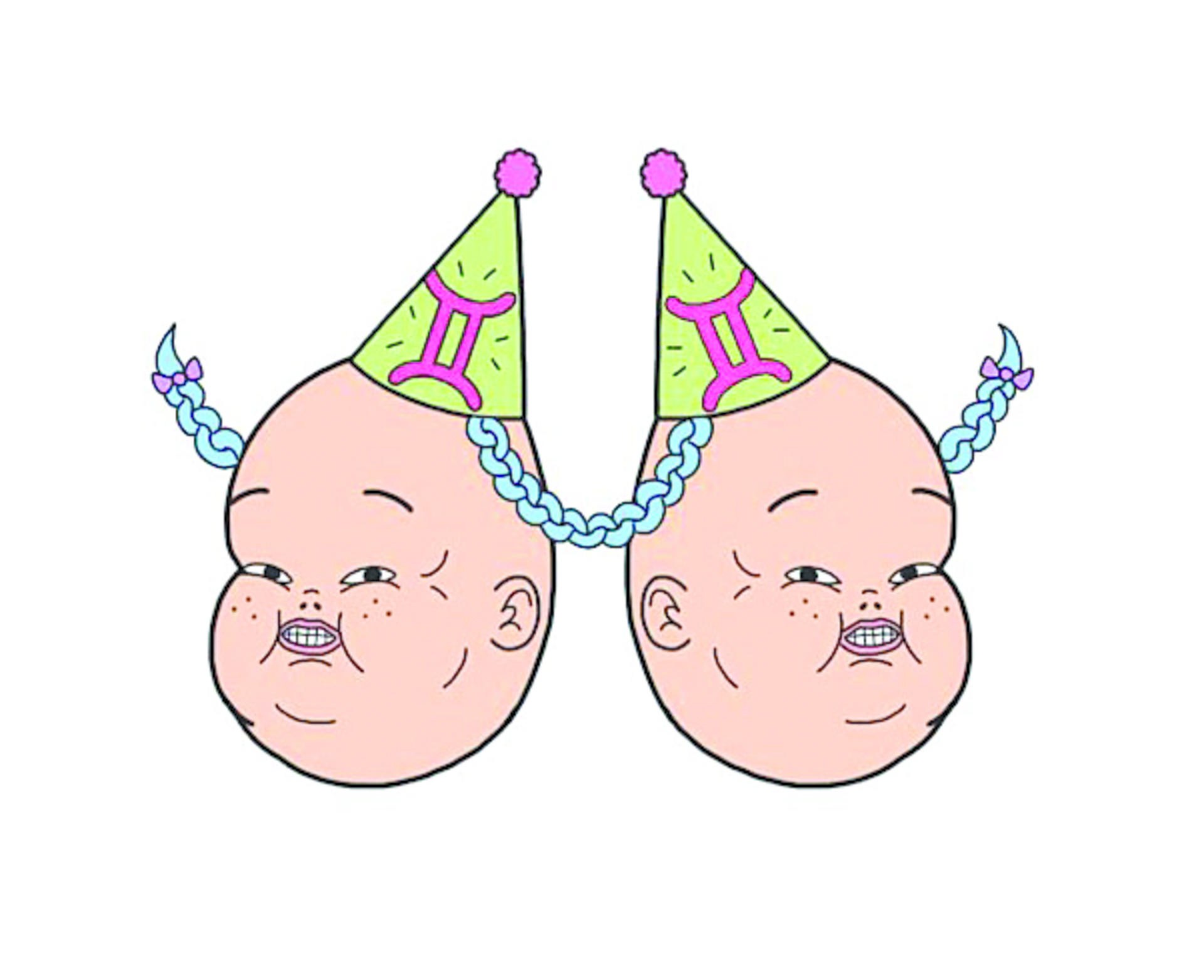 GEMINI (May 21-June 20): My long-term predictions for the next 15 months are a blend of hopeful optimism and a reasonable interpretation of the astrological omens. Here we go: 1. You will have an excellent chance to smooth and soothe the rough spots in your romantic karma. 2. You will outgrow any addiction you might have to frustrating connections. 3. Unrequited love will either be requited, or else you'll become bored with the futile chase and move on. 4. You'll be challenged to either refresh and reinvent an existing intimacy, or else get shrewd enough not to repeat past mistakes in a new intimacy. 5. You will have an abundance of good ideas about how to install the theme of smart fun at the heart of your strongest alliances.

CANCER (June 21-July 22): Author Courttia Newland quotes the pre-Socratic philosopher Meno: "How will you go about finding the thing the nature of which is totally unknown to you?" In response to this riddle, Newland riffs on what it means to him: "Even more important than the journey itself, is the venture into the unknowable. The ability to find comfort moving forwards without quite knowing where you are going." I nominate these to be your words to live by in the coming days, Cancerian. Have open-hearted fun as you go in search of mysterious and impossible secrets! I'm confident you will track them down — especially if you're willing to be lost.

LEO (July 23-Aug. 22): Your homework is to write a story about the life you're going to live between now and next April. The length of this predictive tale should be at least three pages, although it's fine if you produce more. Here are some meditations to lubricate the flow of your imagination. 1. What three questions would you love to have answered during the next 42 weeks? 2. Of the numerous adventures that might be fun to explore, which are the two that would be most consistently energizing? 3. What is the one thing you'd most like to change about your attitude or revamp about your life? 4. What new privilege will you have earned by April 2017?

VIRGO (Aug. 23-Sept. 22): According to an old Chinese proverb, if you want to get rich, you must have a nickname. My meditations on your future suggest that this curious formula may have some validity. The next 15 months will be a favorable time to attend to the groundwork that will ultimately increase your wealth. And your luck in doing this work is likely to be oddly good if you add a frisky tweak to your identity — such as a zesty new nickname, for example. I suggest you stay away from clichés like Ace or Vixen or Sharpie, as well as off-putting ironic monikers like Poker Face and Stonewall. Instead, gravitate toward lively choices like Dazzler, FluxLuster, Hoochie-Coochie, or FreeBorn.

LIBRA (Sept. 23-Oct. 22): During the next 15 months, you will have an unprecedented chance to materialize a fantasy you've harbored for years. Essential to your efforts will be a capacity to summon more ambition than you ever have before. I'm not talking about the grubby self-promotion that typically passes for ambition, however. Arrogant self-importance and selfish posturing will not be part of your winning formula. Rather, the kind of ambition I'm referring to is a soaring aspiration that seeks the best and highest not just for yourself but for everyone whose life you touch. I mean the holy hunger that drives you to express impeccable integrity as you seek to master the tasks you came to Earth to accomplish. Get started!

SCORPIO (Oct. 23-Nov. 21): During the next 15 months, composting should be a primary practice, as well as a main metaphor. If you have been lazy about saving leftover scraps from your kitchen and turning them into fertilizer, now is an excellent time to intensify your efforts. The same is true if you have been lax about transforming your pain into useful lessons that invigorate your lust for life. Be ever-alert for opportunities to capitalize on junk, muck, and slop. Find secret joy in creating unexpected treasure out of old failures and wrong turns.

SAGITTARIUS (Nov. 22-Dec. 21): Have you ever made a fool of yourself while trying to fulfill your deepest yearnings? I hope so. If you haven't, your yearnings probably aren't deep enough. Most of us, on multiple occasions, have pursued our longings for connection with such unruly intensity that we have made foggy decisions and engaged in questionable behavior. That's the weird news. The good news is that now and then, the impulse to leave our safety zone in a quest to quench our deepest yearnings can actually make us smarter and more effective. I believe this is one of those times for you.

CAPRICORN (Dec. 22-Jan. 19): During the next 13 months, what can you do to enhance your ability to be the boss of yourself? What practices can you engage in on a daily basis that will build your potency and authority and clout? How can you gain access to more of the helpers and resources you need to carry out your life's master plan? These are excellent questions to ask yourself every day between now and July 2017. It's time to find or create your ultimate power spot.

AQUARIUS (Jan. 20-Feb. 18): The prison population in the U.S. is over two million, more than twice what it was in 1990. In contrast, Canada keeps about 41,000 people in jail, Italy 52,000, and France 66,000. That's the bad news. The good news, at least for you and your tribe, is that a relatively small percentage of you will be incarcerated during the next 15 months. According to my analysis of the astrological omens, Aquarians all over the world will specialize in liberation. Not only will you be extra ethical; not only will you be skillful at evading traps; you will also be adept at emancipating yourself from your own delusions and limitations. Congratulations in advance! It's time to start singing some new freedom songs.

PISCES (Feb. 19-March 20): The English word "catharsis" is derived from the ancient Greek katharsis, which was a technical medical term that meant "purgation" or "purification," as in flushing out the bowels. Aristotle converted katharsis into a metaphor that described how a drama performed in the theater could "clean out" the emotions of spectators. These days, catharsis may refer to any event that precipitates a psycho-spiritual renewal by building up and then releasing tension. I foresee at least one of these strenuous blessings in your immediate future.

ARIES (March 21-April 19): The coming months will be a favorable time to boost your skills as a cagey warrior. I don't mean you should push people around and get into lots of fights. Rather, the goal is for you to harness your aggressiveness constructively and to wield your willpower with maximum grace. In the face of fear, you will not just be brave, but brave and crafty. You'll refrain from forcing storylines to unfold before they're ready, and you'll rely on strategy and good timing instead of brute strength and the decree "Because I said so." Now study this counsel from the ancient Chinese statesman Zhuge Liang, also known as Crouching Dragon: "The wise win before they fight, while the ignorant fight to win."

TAURUS (April 20-May 20): Everything you do in the coming days should be imbued with the intention of enhancing the Flow. It's high time to identify where the energy is stuck, and then get it unstuck. You have a sacred mandate to relieve the congestion ... to relax the tweaks ... to unravel the snarls if you can, or simply cut through them if necessary. You don't need to tell anyone about your secret agenda. Just go about your business with zealous diligence and unflagging purpose. If it takes more effort than you wished, so be it. If your progress seems maddeningly gradual, keep the faith.