Photos from the 2012 Pride Parade 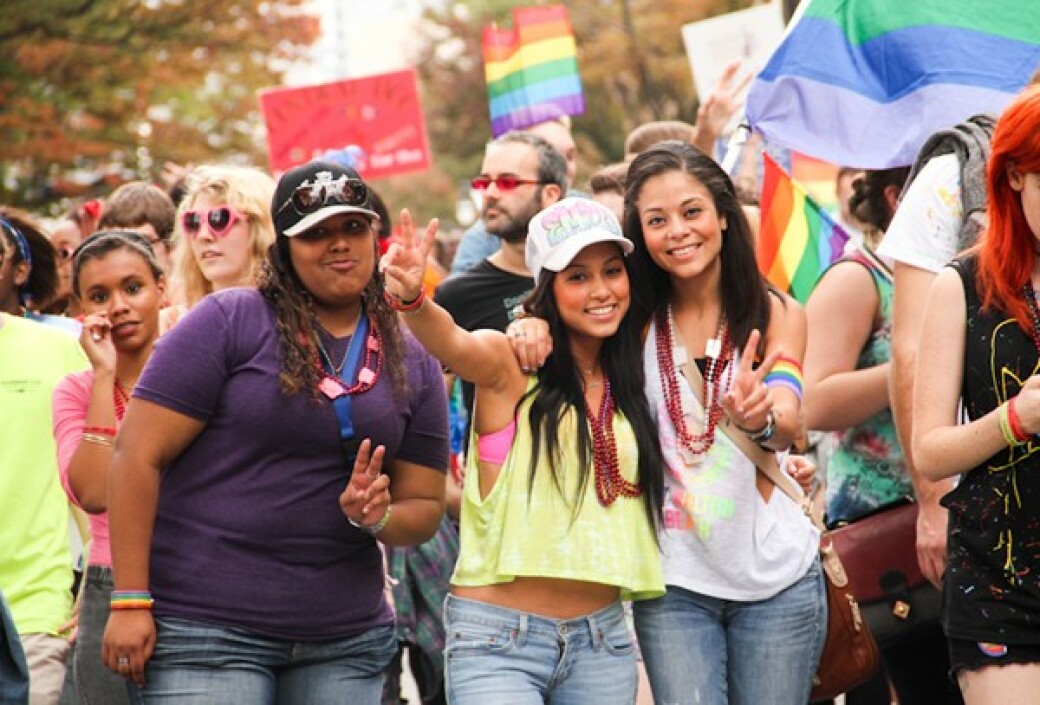 Thousands of people lined the streets of Midtown on Sunday for the 2012 edition of Atlanta's annual Pride parade. Grand Marshals for the parade included a majority gay women's fraternity, Blondie from the Clermont Lounge, and the "the Infamous Camp Drag Queens of the South," the Armorettes. Those marching in the parade and spectators alike brought out rainbow flags and wild attire, all in the sake of pride. Any protest was drowned out by the waves upon waves of support for the gay community in Atlanta. 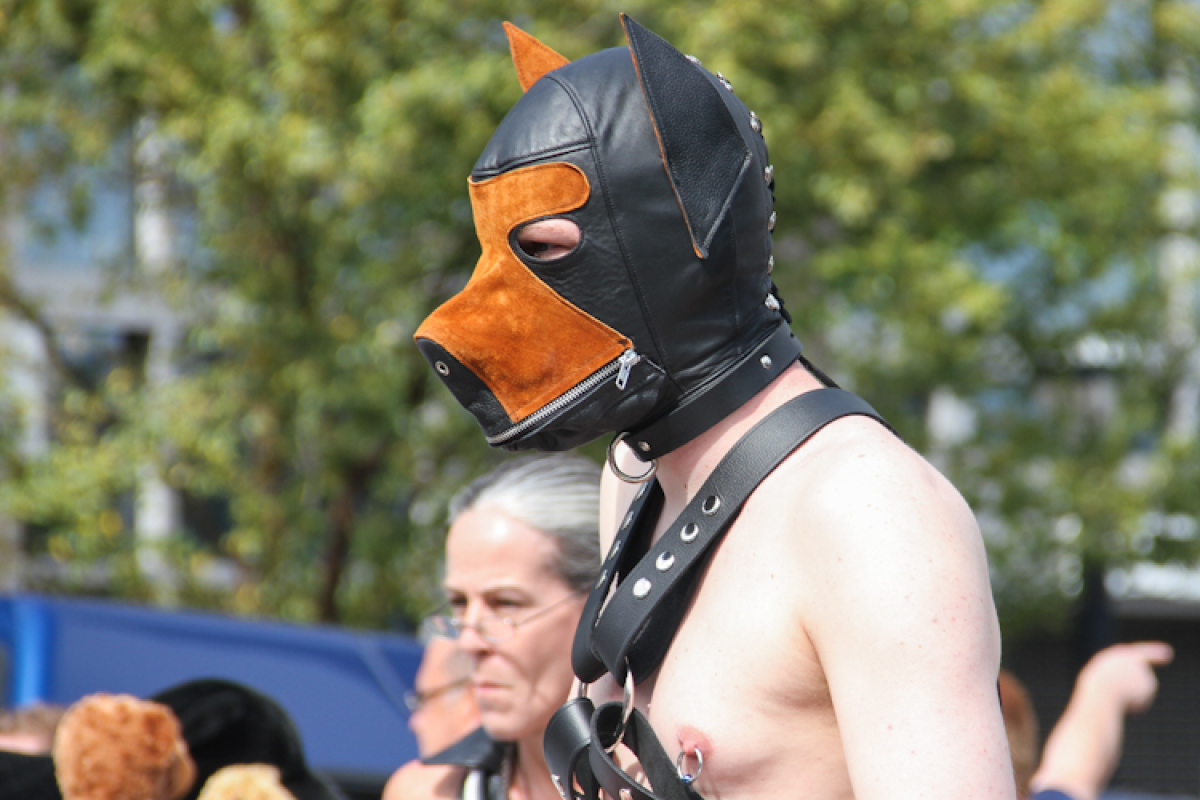 A man in a leather doberman mask marches during Pride 2012. 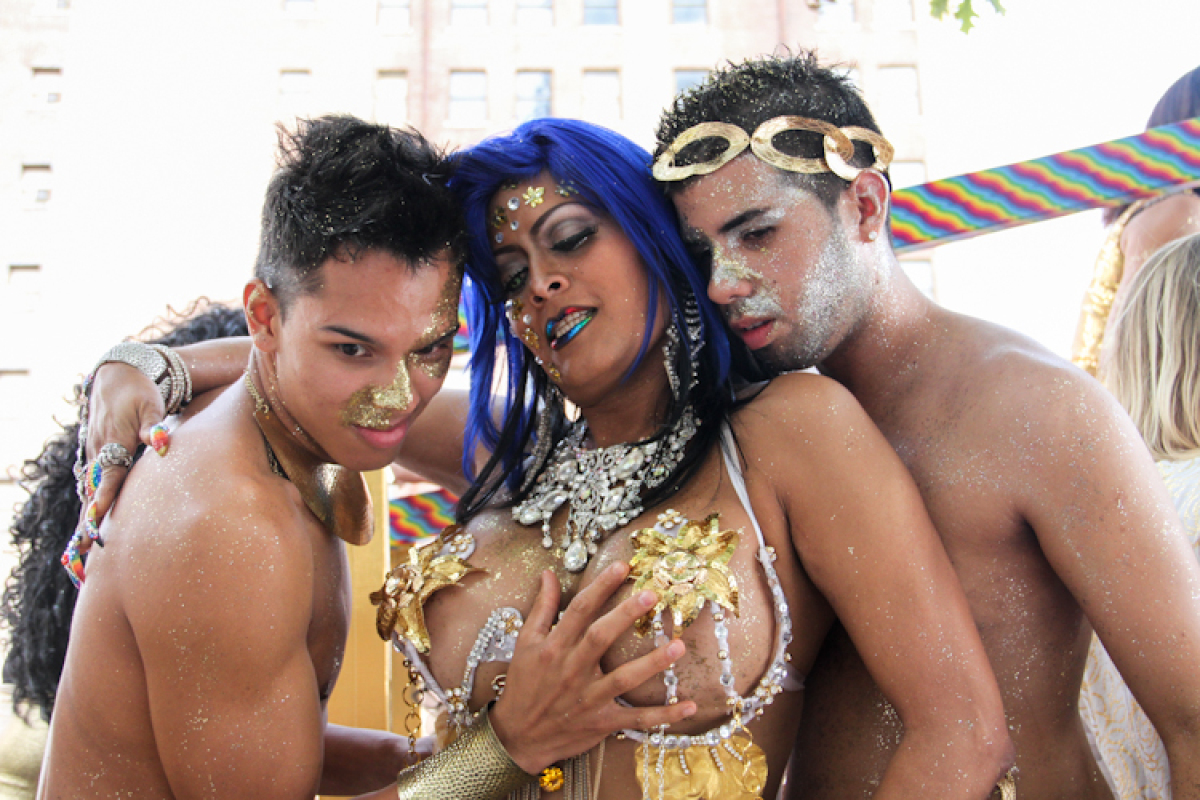 Members of the Las Margaritas float pose for a photo. 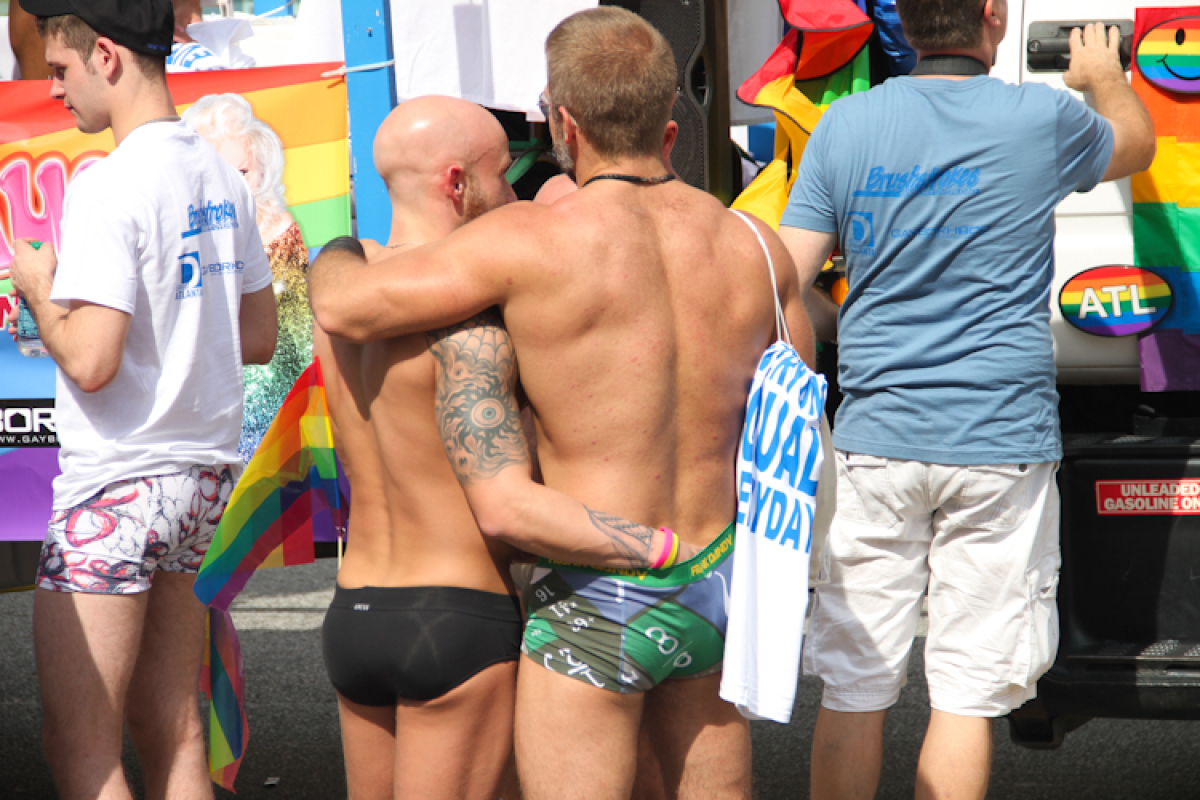 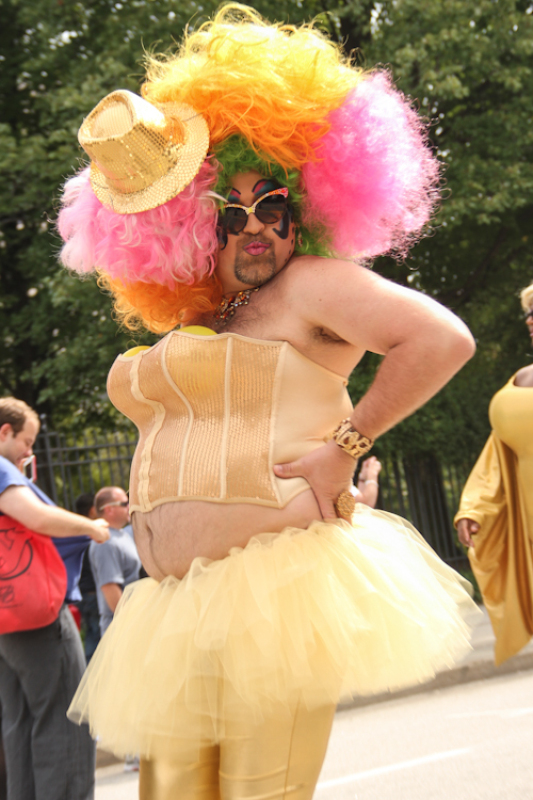 One of the Armorettes, &quot;the Infamous Camp Drag Queens of the South,&quot; marches down Peachtree Street. 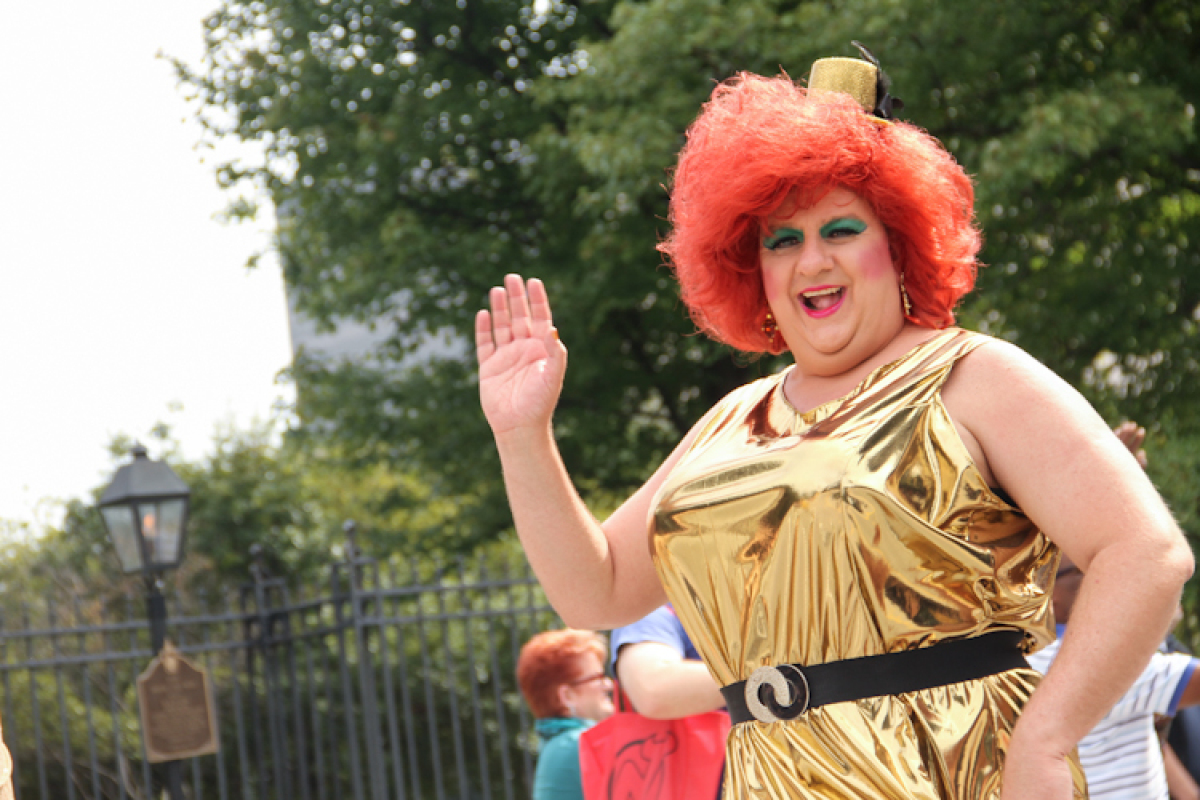 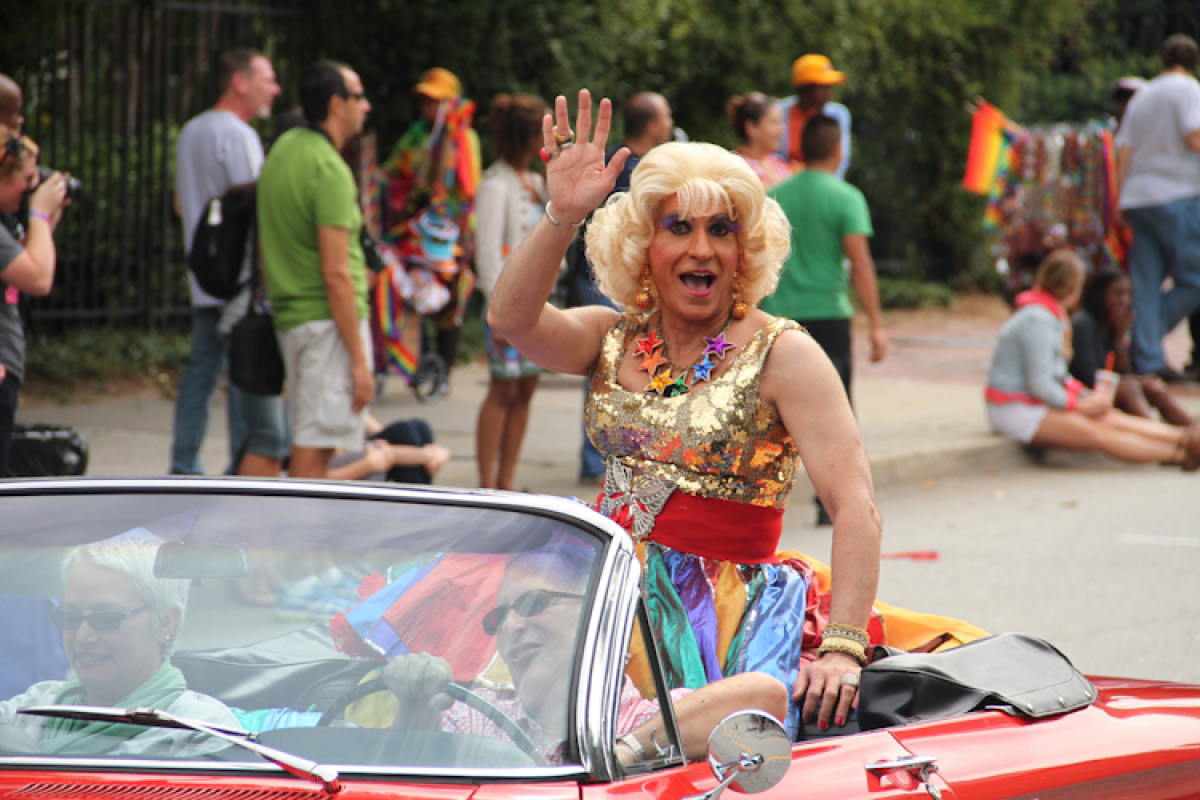 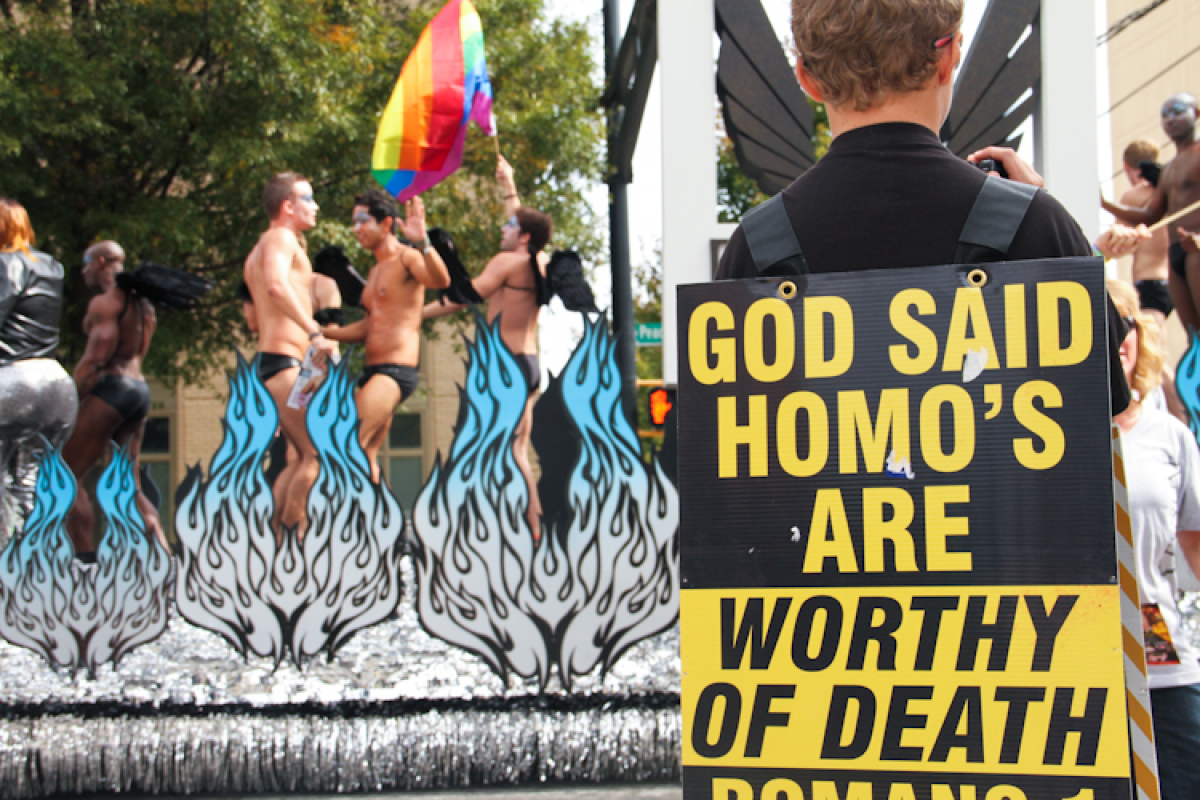 A young boy silently protests the parade while the Fenux Magazine float moves along the parade route. 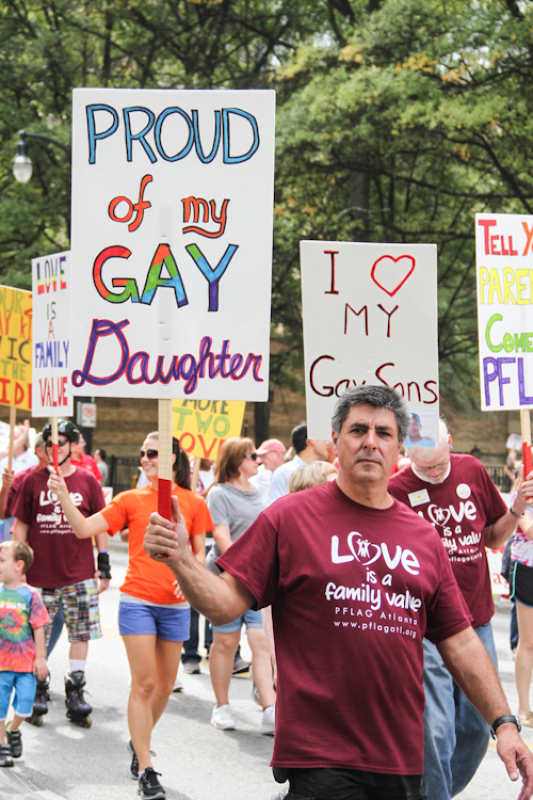 A father shows his support for his gay daughter. 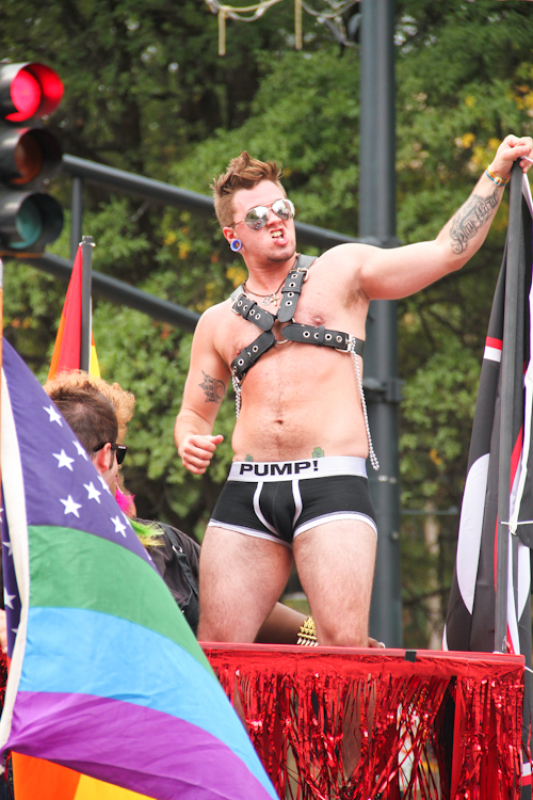 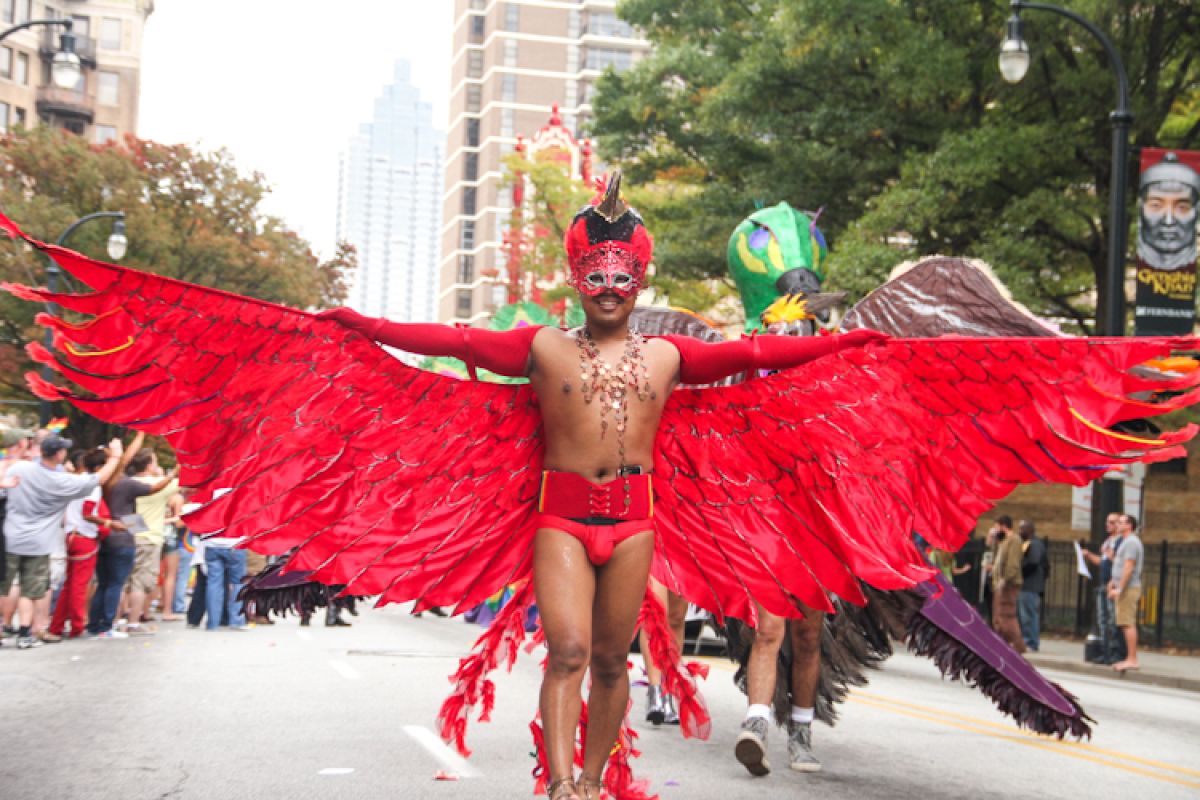 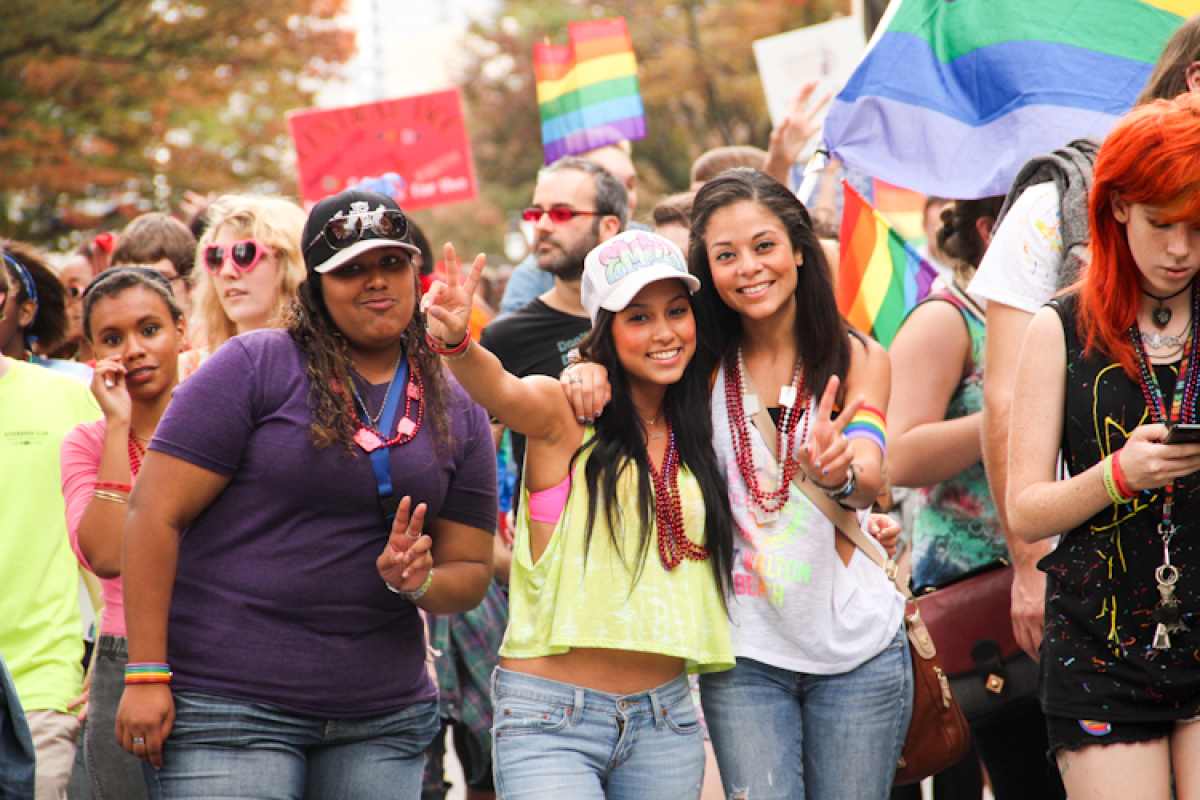 A group marching with the Gay-Straight Alliance 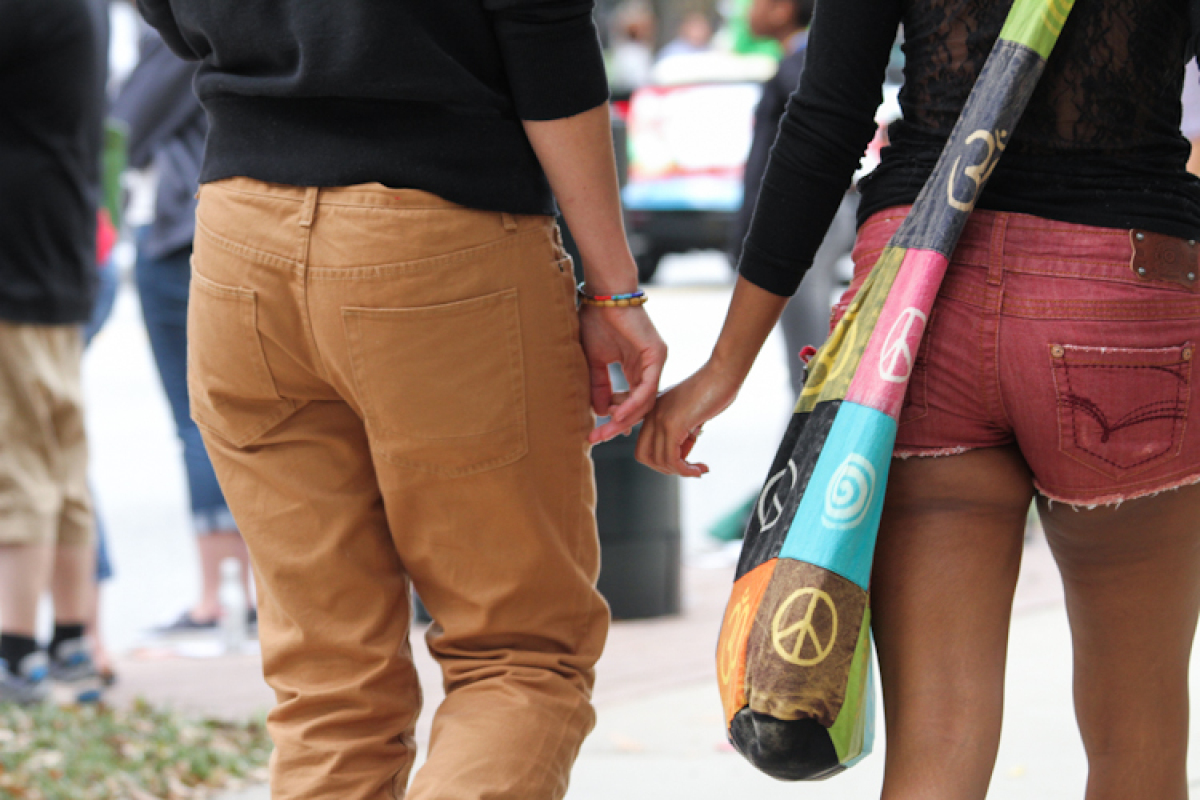 A couple gently holds hands during the parade. 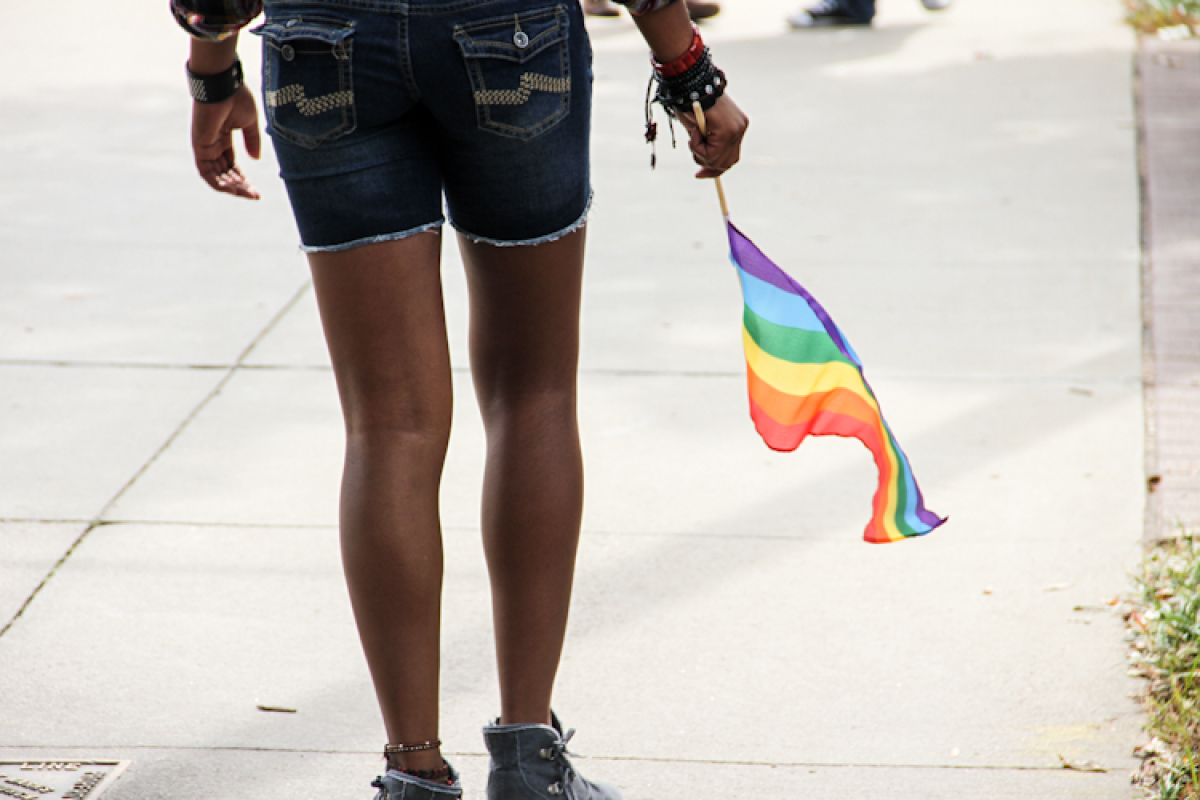 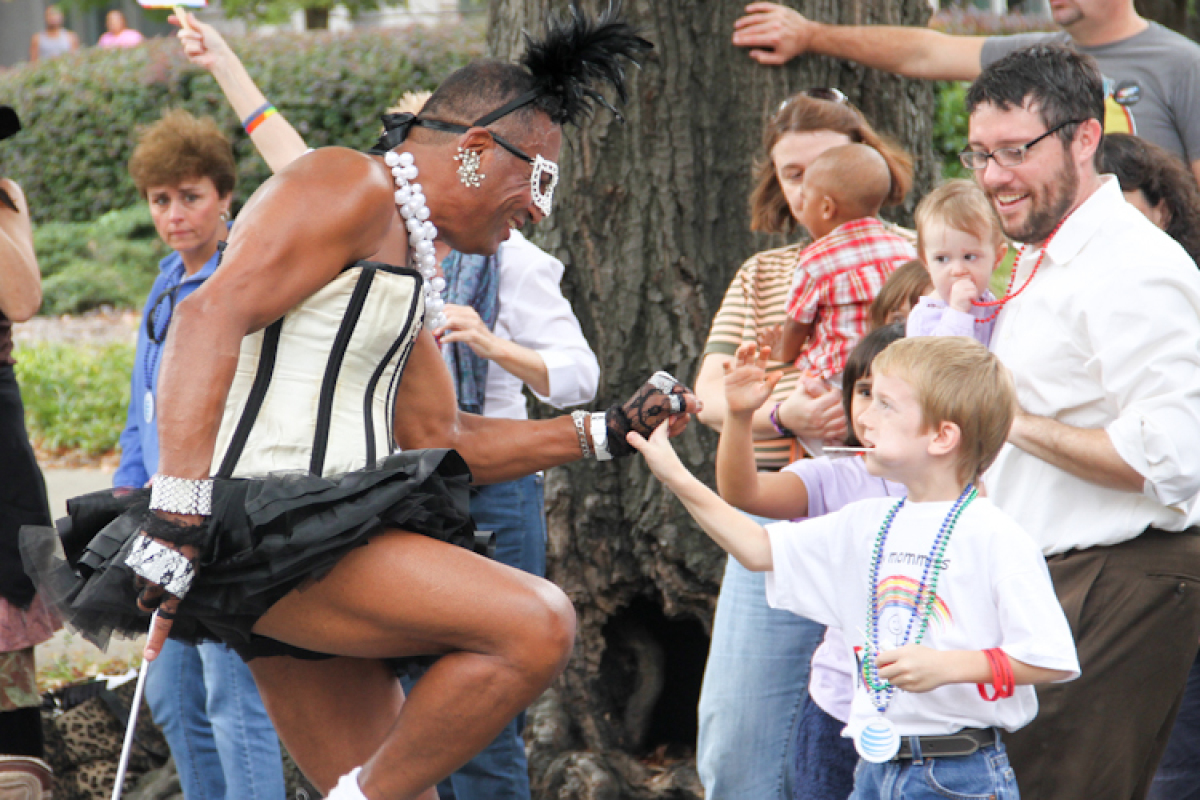 Baton Bob gives a high-five to boy who ran into the parade to greet him. 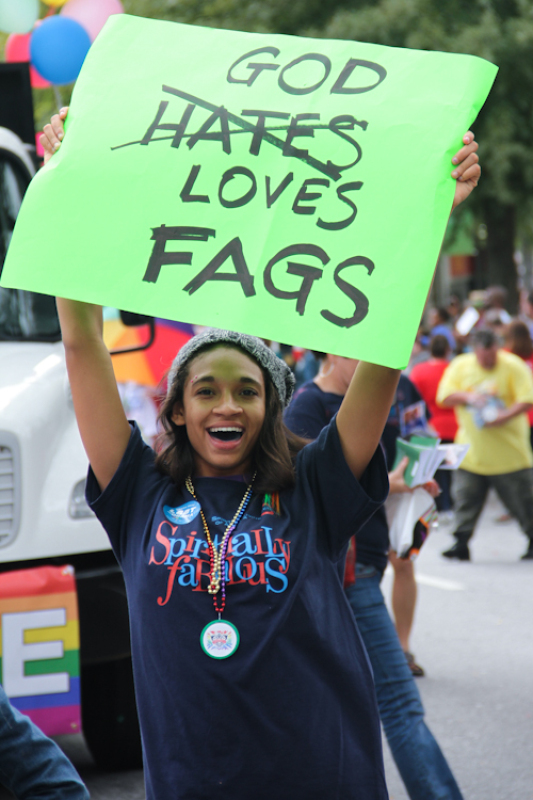 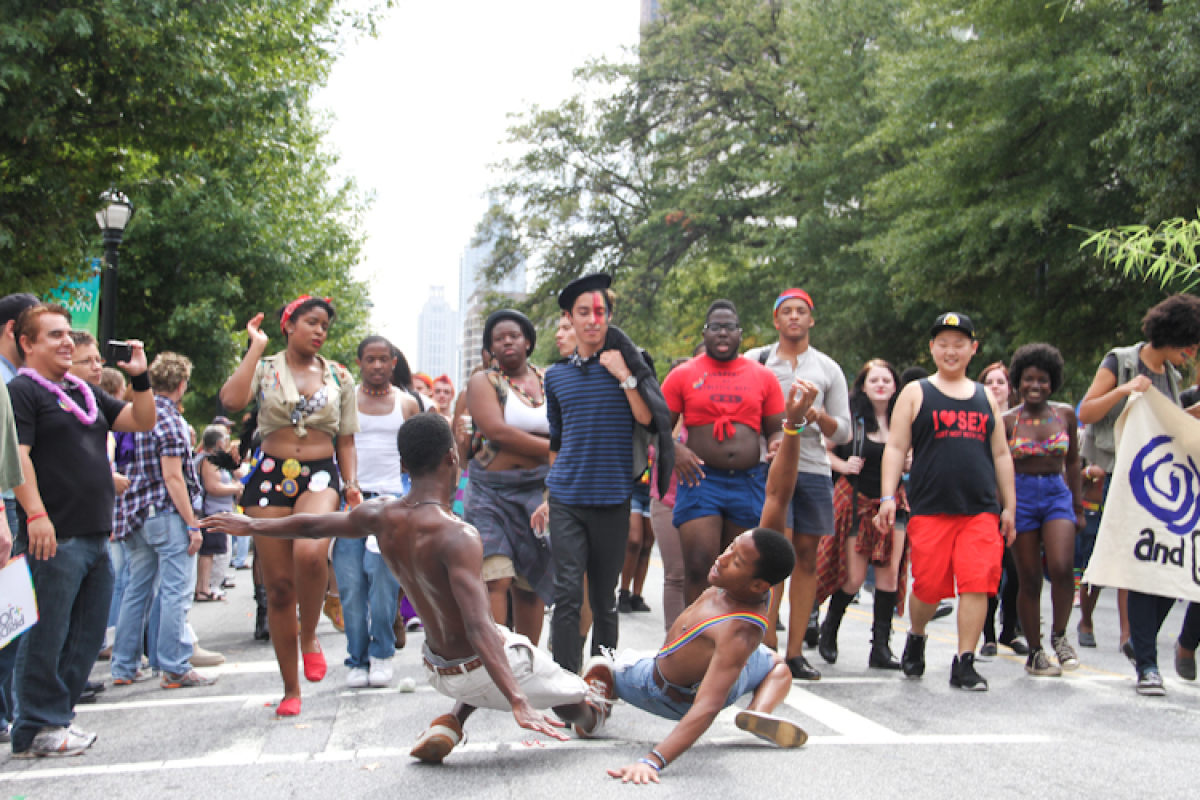 Two men drop to the ground at the end of their vogue dance routine. 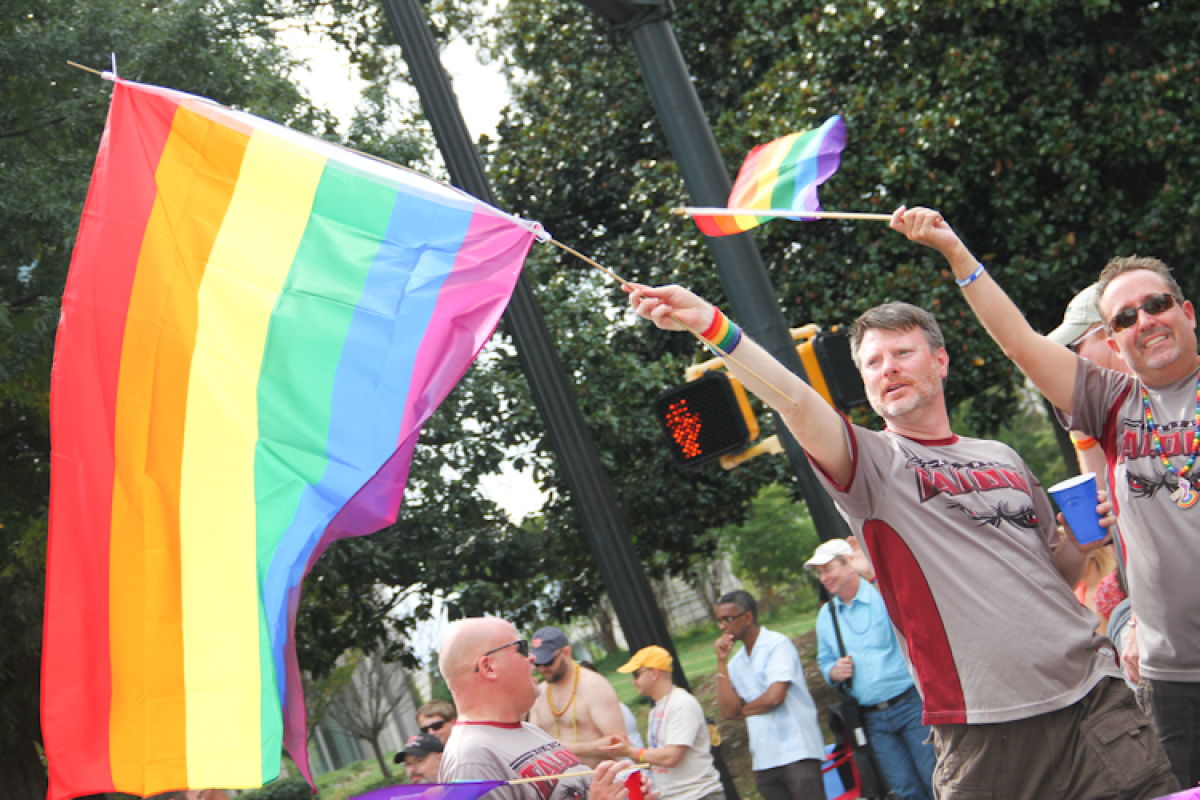 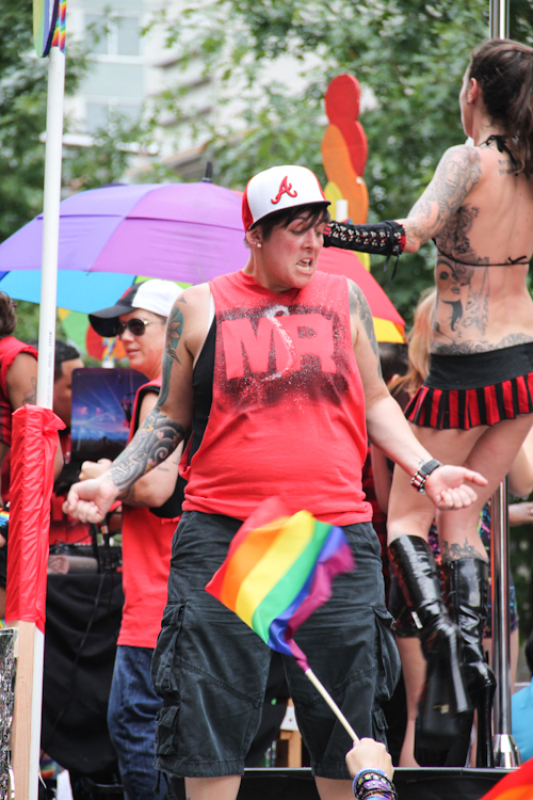 Members of the My Sister's Room float dance to &quot;Crank That Yank.&quot; 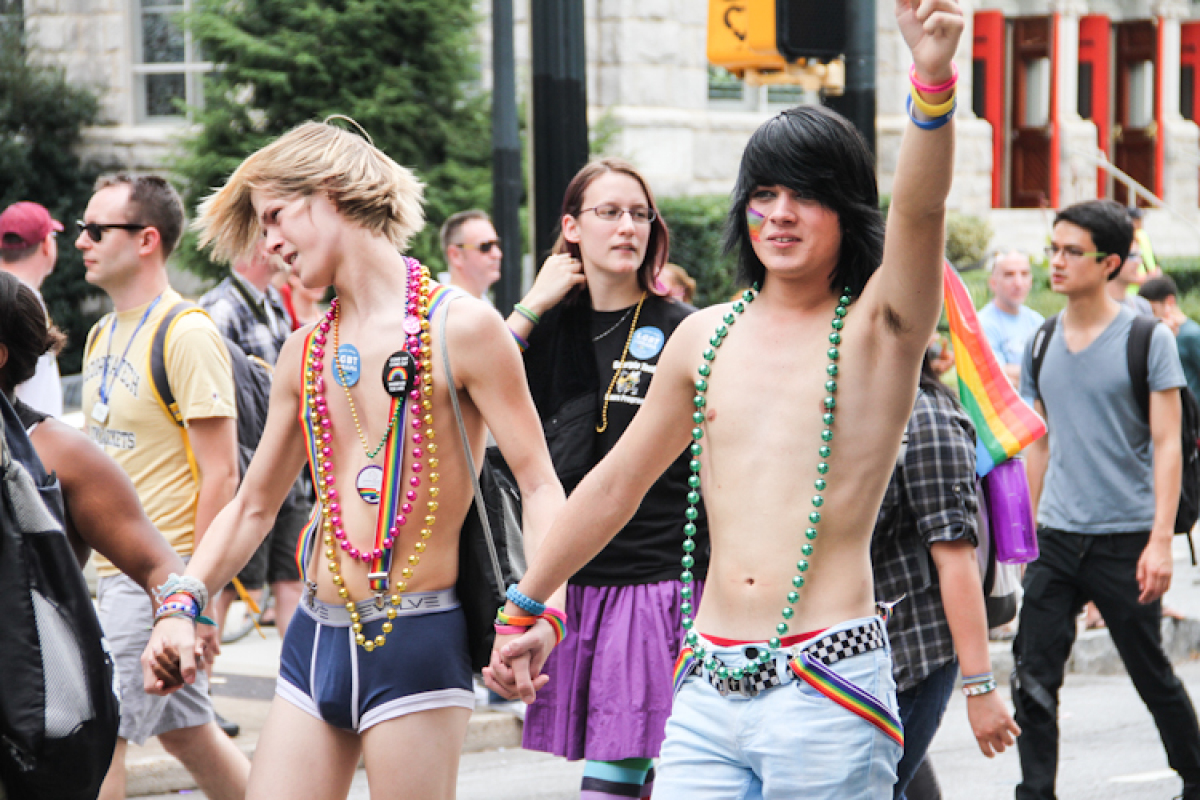 Members of Georgia Tech's Pride Alliance march during the parade. 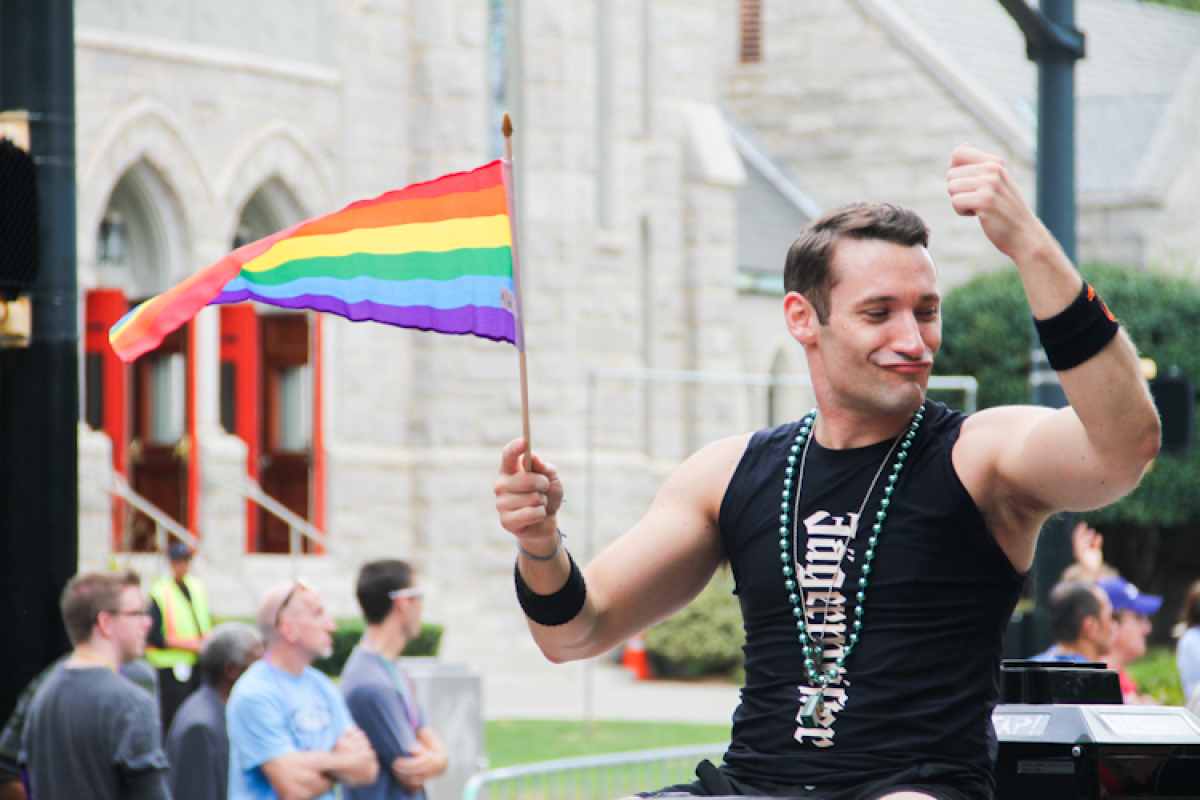 Here's your handy guide to using the system | more...

Hoping for an inclusive future on Northside Drive | more...

A barista, a chef, and a bartender in time-lapse video | more...

Visual reminders of what you missed over the weekend. | more...
Search for more by Eric Cash
Atlanta Events
dummy