Hoping for an inclusive future on Northside Drive 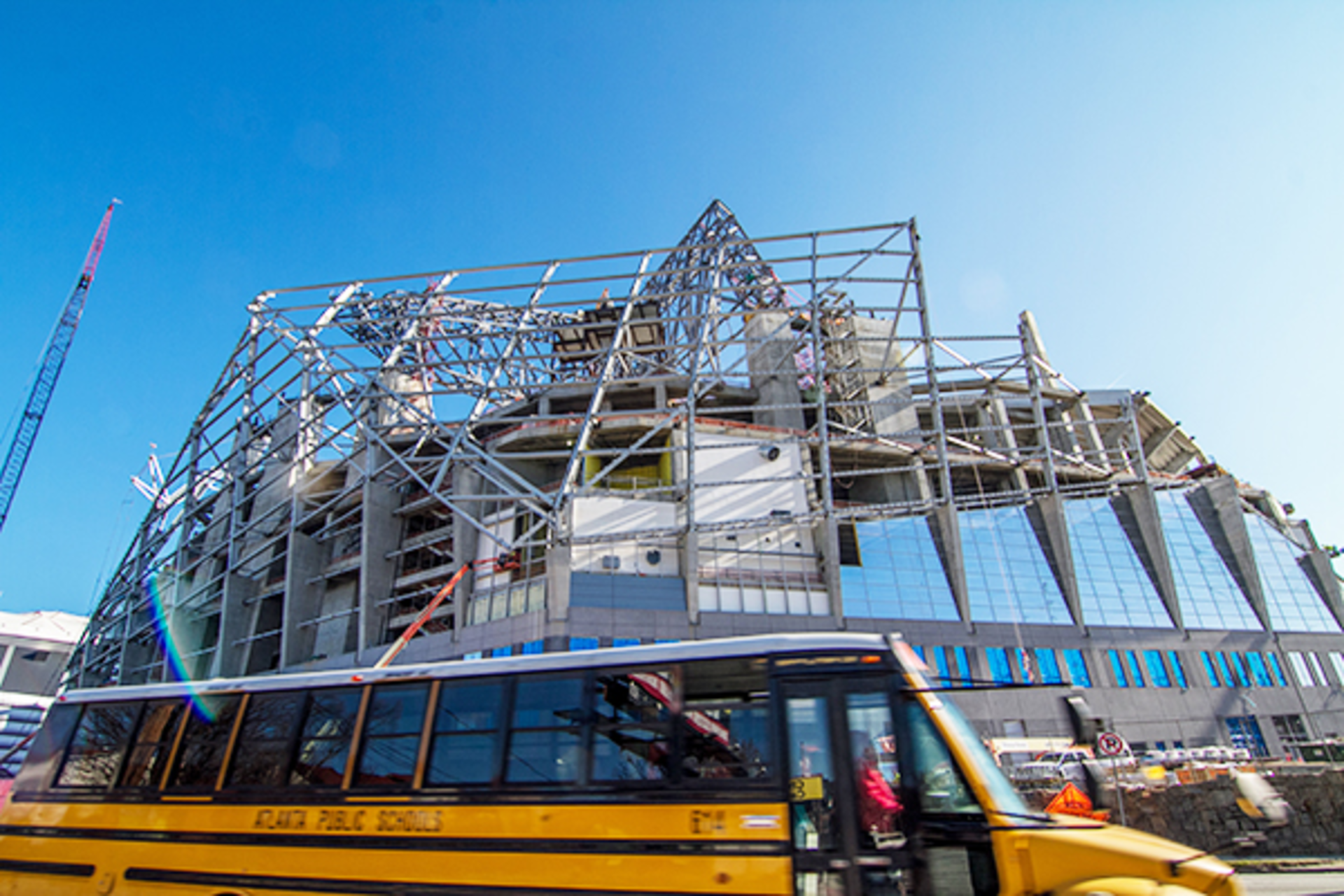 Often lumped in with Downtown or completely forgotten, members of the historic westside neighborhoods West End, Castleberry Hill, Vine City, and Washington Park have played a huge role in making Atlanta what it is today. But before the city and Atlanta Falcons decided to build a new stadium and pledged tens of millions of dollars to invest in the area, these communities have been largely overlooked.

With the Martin Luther King Jr. holiday coming up, I tried to explore some of the civil rights leader's thoughts through photographs. What better way to explore King's words than on a street bearing his name just two miles away from his alma mater, Morehouse College. I particularly focused making a photo that pointed to examples of poverty and the wealth gap in this majority-black community.

Across the street from the new (and admittedly stunning) Mercedes-Benz Stadium, one finds empty lots littered with trash, abandoned dorms from when Morris Brown College had enough students to fill them, and homeless Atlantans sleeping in the tunnels of children's playgrounds. The Atlanta Public Schools bus in front of the $1.5 billion stadium was especially striking.

I wonder what those students at Bethune Elementary and Booker T. Washington High, two underperforming schools that are eligible for state takeover and located nearby, are getting from this stadium deal. How will they profit from this behemoth of a project in a way that will improve their lives and their community?

Mayor Kasim Reed and team leaders have promised an economic boost to the community. But how will that help the youth, many of whom will likely be active members of this community for decades? After all, the city has still not made payments to APS related to the Atlanta Beltline. Will this project and the years following it truly revitalize the community? Or simply add $30 million worth of glaze to the neighborhood? And will its residents be forgotten yet again?

In this photo I see visions of progress, future, prosperity, and hope. But for who? I see progress on the stadium but not yet in the neighborhoods surrounding it. I see a future where the roof of this building retracts and expand like a camera lens. But I don't so much of a future for all the businesspeople in this area. I see prosperity for some, but I hope for prosperity for all, even if they're located in the shadow on the "wrong" side of Northside Drive.