Time and Place: Crouching at Purgatory 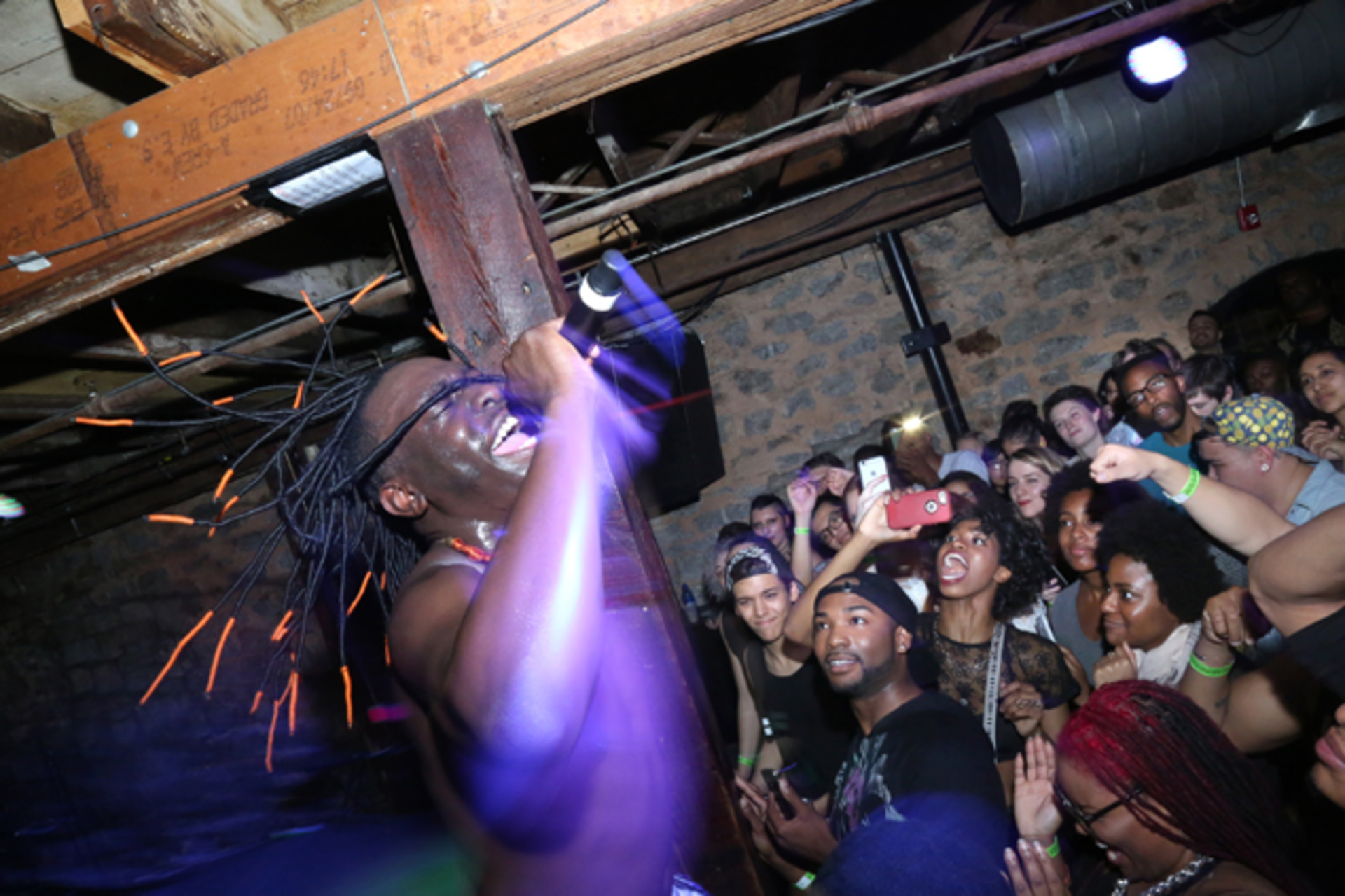 The Easter Bunny came bearing gifts in the form of New York City rappers Le1f and Junglepussy. Khalif Diouf, better known as Le1f, brought the New York QTPOC scene's energy to Purgatory at Masquerade on March 27. Riding the wave with him was fellow rapper Junglepussy. Despite the rain and Easter Sunday slot, both sets exuded copious amounts of energy in the somewhat cramped but fitting space.

I like this photograph because of the way in which motion was captured. From Le1f's facial expression to his flailing braids, so many elements aid in this sense of kinecticism. The purple lighting is a additional touch I like. I saw the steady purple light as a perfect accent to his performance.

This was actually at the height of a more solemn song. I believe the sudden outburst/shift in tone caught some audience members off guard.

I was standing (mostly crouching) at the very front of the stage. Seeing as Purgatory is such a confined space, there's no room for a photo/press pit. In order to not be the annoying tall guy that blocks the majority of the show, I crouched most of the show, only popping up when I saw a shot that called for it. This is one of those shots.

'That was way more violent than I expected,' says some guy | more...

image-1
? The Atlanta Contemporary Art Center held its annual Art Party on Sat., Aug. 29. Living up to it's name, the Atlanta Contemporary provided a night filled with artistic festivities for its patrons. From the opening of exhibitions from John Rippenhoff, Marlon Mullen, and Aleksandra Domanovic to the eleven studio artists in residence, the grounds were rife with a myriad of art forms and...

image-1
? Marking the one-year anniversary of the inaugural march led by It's Bigger Than You in the days following Michael Brown's fatal shooting by Ferguson police, Atlanta activists affiliated with the Black Lives Matter movement returned Tuesday evening to the CNN Center where over 5,000 people gathered last year. Despite numbers well below that and persistent rain similar to the downpour...

A rapid-fire display of feverish manifestations of subjects pushing against the walls of Spaldingâ€™s mind, with the only mechanism of release being Emily. | more...
Search for more by Brandon English
[Admin link: Time and Place: Crouching at Purgatory]