Schuerholz claims the new Braves stadium will be "the most magnificent in all of baseball." 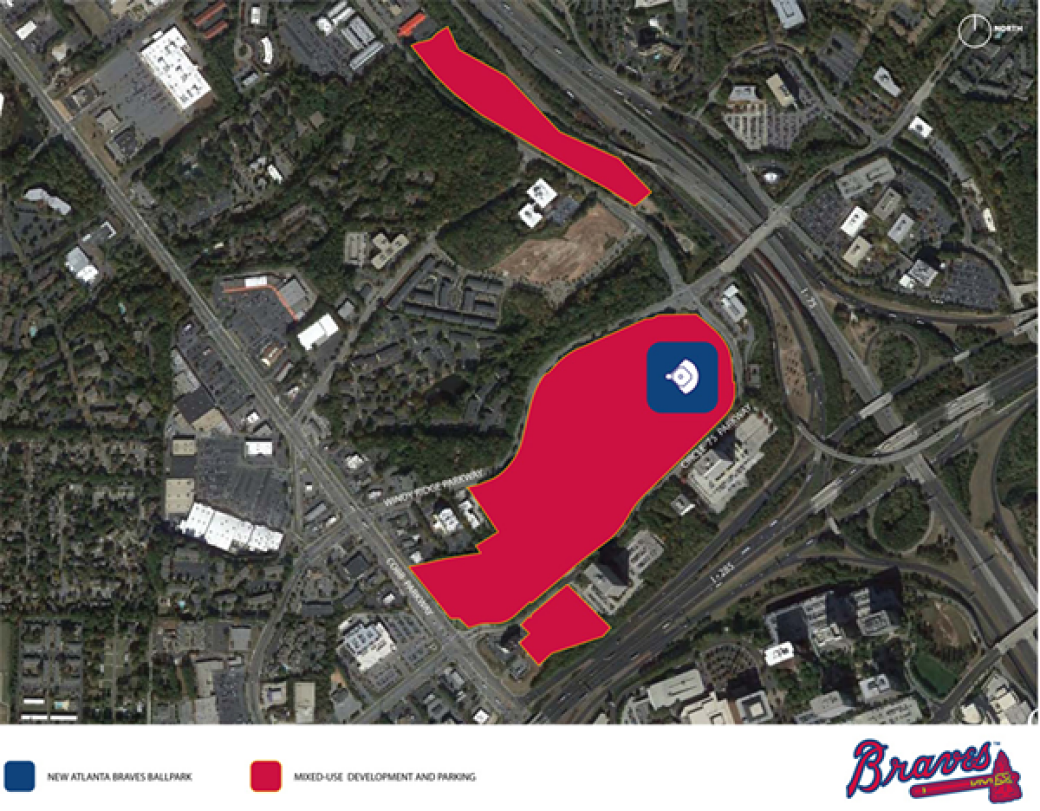 The Atlanta Braves shocked the city this morning with its proposed move to Cobb County. It's a decision that had largely flown under the radar as city officials bent over backwards to keep Falcons' new facility Downtown (Atlanta City Councilwoman Carla Smith said she learned about the news the same way the city did). But don't question this news about being possibly a bargaining tactic. Judging from what the Braves are saying, the team will be flat out gone once its 20-year lease at Turner Field expires in 2016.

Many Atlantans today are left with a simple question: Why?

According to the team, the Braves' Cobb stadium will happen because of southeast Atlanta's apparent transit and development issues. The newly launched website for the baseball club sums its rationale up in a single paragraph:

The reason for moving is simple. The current location has certain issues that are insurmountable and will only become more problematic over the years. These fundamental issues involve how you, our fans, access Turner Field. There is a lack of consistent mass transportation, a lack of sufficient parking and a lack of direct access to interstates. Furthermore, the Braves do not have control over the development of our immediate surroundings.

Braves President John Schuerholz said today that the new stadium will open "a short distance from Downtown Atlanta" near the intersection of I-75 and I-285. Expanded MARTA bus services, Hank Aaron Drive congestion, and magical MagLev proposals weren't cutting it for the team, which says it sells the bulk of its tickets north of I-20 and outside the Perimeter.

"We wanted to find a location that was great for our fans, makes getting to and from the stadium much easier, and provides a first-rate gameday experience in and around the stadium," Schuerholz says.

The Braves, which don't own or manage Turner Field, claim that an estimated $150 million in infrastructure repairs would be needed to improve the facilities. Those improvements didn't account for additional parking needs or building the right kinds of mixed-use development. It appears that development proposals for the massive parking lot across the street from Turner Field weren't enticing enough to keep the sports club in its current location. With the proposed $672 million facility, the nearby entertainment district will have accompanying retail, restaurants, and hotels.

Schuerholz claims the new Braves stadium will be "the most magnificent in all of baseball." Let's just hope that the southeast Atlanta neighborhoods, who heavily relied on the former Olympics facility, don't suffer in its departure.

A meeting between Braves officials, Gov. Nathan Deal, and Mayor Kasim Reed is expected to take place on Wednesday at the Gold Dome. More answers will probably emerge at that pivotal meeting, if not beforehand.