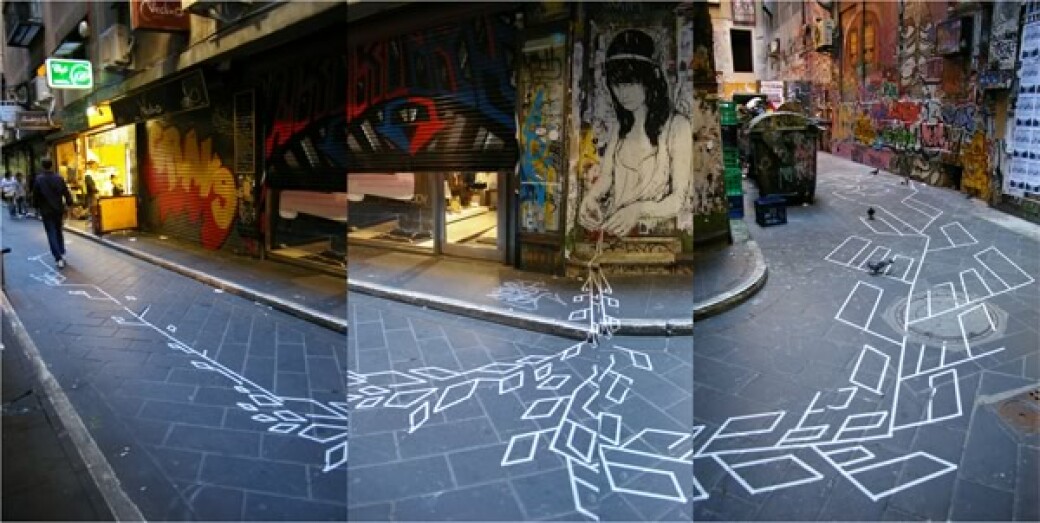 Citizens of Atlanta, watch your walls! Come August, our fair bare city will be given a visual face lift at the hands of a fleet of local and international street artists. Roughly a dozen blank city walls will become paint playgrounds for the artists of Living Walls, the City Speaks.


Living Walls is a conference on street art and urbanism scheduled for this August. This Friday, May 14, marks the first of a series of fundraising efforts ahead of the August conference - a film night at the West Side's favorite new go-to art spot, the Goat Farm. The Living Walls folks will be screening a multifarious array of films on street art (duh), city planning (not as boring as it sounds), and how cities in Canada are taking money from corporate advertisers and giving it to public art.

The idea behind the project is simple: step up the caliber of street art in Atlanta, while initiating a dialogue within communities about urban planning, the future of our city, and how art can play a role in shaping Atlanta's identity. Okay, maybe that's not such a short order. Fortunately, the walls of discourse are already primed. Between initiatives like Art on the BeltLine and the recent (and successful, I should add) outcry to save the Georgia Council for the Arts from budgetary demise, the evidence is mounting that not only do Atlanta residents care about art being a part of the city's future, but they're willing to stand up (and walk across downtown) to protect arts interests.

This event, along with a multimedia blowout of a party in June, will (hopefully) build the financial foundation to support the ambitious, chock-full-o'-cultural-relevance conference in August.

Right now is a curious time for street art as a whole; Atlanta's public spaces have started seeing an increasing number of art projects with a level of thought that supersedes straightforward, tag-based graffiti. But, in comparison to other cities in the US and abroad, we're barely on the street art JV squad. Maybe that's why it took Lima and Barcelona natives, and Living Walls organizers, Monica Campana and Blacki Migliozzi to bring a little international perspective to our local street art situation.
Talking with Miss Campana recently, it's clear that these two and their cohorts have a helluva lot of work to do between now and August...but the help keeps coming:

"Getting the artists was the easiest thing - this is what they live to do. But then we have to pay for some of them. And we have people coming from Europe and South America to participate in various ways; a lot of money has to go into this. Getting the  funding is, of course, the biggest challenge, so we're planning the fundraisers and the conference at the same time. We applied for grants,  didnt get them, [laughs an awesome Peruvian-accented laugh] we freaked out for a minute, but we're back on track. Dodekapus, Dashboard Co-op, MINT Gallery - they're all helping a lot. We're getting so close to  it, and people are so excited about it...everyone coming  together is really helping to make it happen."

Aside from the funky fresh street artist imports, the August conference will include a gallery exhibition at Eyedrum, and a lecture series on urban planning in conjunction with the Georgia Tech Architecture Department.

A local artist's appropriation of another artist's work raises questions about the line between fair use and plagiarism | more...
Search for more by Jessica Blankenship