Heads up, Lawrenceville: The Muslims Are Coming!

Muslim-American comedy tour presents free show at Aurora Theatre. (No, it's not some kind of trap.)

"The Muslims Are Coming!" uses laughter to bridge cultural divides when the tour of Muslim-American comedians perform at Lawrenceville's Aurora Theatre on Tuesday, Aug. 9. According to the theater's press release:

The comedy tour — which is co-produced by comedians Negin Farsad and Dean Obeidallah — will present a series of free shows that will take the comedians to Florida, Georgia, Alabama, and Tennessee from August 5-15. Excerpts from all of the shows will be featured in an upcoming documentary, also entitled The Muslims Are Coming!

“The shows are free by design because we want to reach as many people as possible with our shows… especially the ones that have never met a Muslim before,” says co-producer and comedian Negin Farsad, director and producer of the critically acclaimed documentary, Nerdcore Rising. She has written for or been seen on The Joy Behar Show, IFC, MTV, and Comedy Central’s “The Watch List.”

In addition to Farsad and Obeidallah, the show will feature comedians Omar Elba of the recent Showtime Special “Legally Brown” and Maysoon Zayid, who was featured on the PBS special “Muslim Comedians Come of Age” and is a regular on-air contributor to the recently launched “Countdown with Keith Olbermann” on Current TV. The Gwinnett special guest is Georgia’s own Gilbert Lawand who opens regularly for Todd Barry, Greg Proops and Maria Bamford and who’s show “Comedy Gold” won Atlanta’s Best Comedy Show award.

Here's a clip of Farsad's comedy: 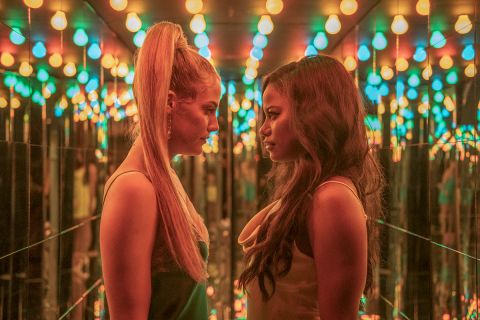 Does it take a pandemic to make the Academy Awards more diverse? | more...
Search for more by Curt Holman
[Admin link: Heads up, Lawrenceville: The Muslims Are Coming!]

Spider for Heads up, Lawrenceville: The Muslims Are Coming!