Super Visions: Now is the spring of my discontent

? ?
? Shows that have been relative or steady sources of pleasure now annoy me. “Agents of SHIELD,” even as it upends the predictable amid yet another escape during prisoner transport, also catches a dose of the Creeping Secrecies, a terminal inflammation that has long afflicted “Arrow.” Its symptoms: Characters conceal the essential from one another for no reason better than to fuel melodrama.?

? ?
? Yes, granted, spies populate “AoS,” as the title tells us, so perhaps they’re likelier vectors for the malady than … whatever the hell Oliver Queen and company are these days. And yes, if the dread CS were the sole impairment for “Arrow,” how improved that show would be! Instead, it’s backtracking into the indifferent staging and shoddy stunt work that marked this season’s early eps, clinging to the absurd reversals that have remained the series’ stale bread and questionable butter (I’m looking at you, Malcolm Merlyn), and wallowing in pout-fests of forgettable misbehavior. Yet despite its manifold deficiencies, its makers managed to leave Oliver in a relatively interesting place, one the characters of “Angel” came to face in their final season: sticking around long enough to, perhaps, become the villain. “Angel” executed that particular entrechat superbly, however, so “Arrow” has set itself a real challenge.?

? ?
? The truest measure that the spring of my discontent has sprung, though? The general grumpiness I feel during my belated viewing of the most recent “Archer” season to reach Netflix. “Archer Vice,” which forcibly dragged the animated spies of ISIS away from that now politically tainted name for cocaine-powered hijinks, has led me to some serious laughter and beyond. Jessica Walter’s delivery of the line “Baffling” provided a deliciously subtle acid, for example.?

? ?
? For a season that was supposed to be transformative, to remake the show and rescue creator Adam Reed from a sense of creative boredom, however, much here feels dreadfully familiar. What used to be smilthy now seems merely filthy (Pam mistaking thermometer graphs for cocks? Low-hanging orchids, gang.), and the characters’ tensile strength has grown disturbingly variable, even for a comedy. Most annoying of all, though, is the show’s ongoing devotion to Burt Reynolds' cinematic Smokey-ness. I get that it stems from nostalgia, I sense that it recognizes the cheesiness of the love object (personally, I prefer the far less cheesy “Sharky’s Machine”), and I enjoy the season 3 ep with Burt Reynolds as a character. But to end not one but two “Archer” eps with "comedic" freeze-frame chases in the offing? Pure Limburger.?

? ?
? Maybe the full onset of spring will put me in a better mood. Here’s hoping.?

Bounded by Lee Street, Langford Parkway, I-85, and avenues including Deckner and Arden, Sylvan Hills manages to be all about the porousness of borders. In the days when Fort McPherson still held a military presence, the sounds of “Taps” would sometimes drift east, across Lee Street and the southern line of MARTA and multiple freight train tracks, at sunset. From within the neighborhood, the... | more...

At the seemingly verdant heart of Argonne Forest, just east of Northside Drive near Buckhead, is sports. You might have driven past what hides this all-winter green: Sutton Middle School. Venture uphill, into a neighborhood that could be called Mansion City, though, and you can look down at the playing field from one stretch of Argonne Drive. In the middle distance are homes, some vast, in... | more... 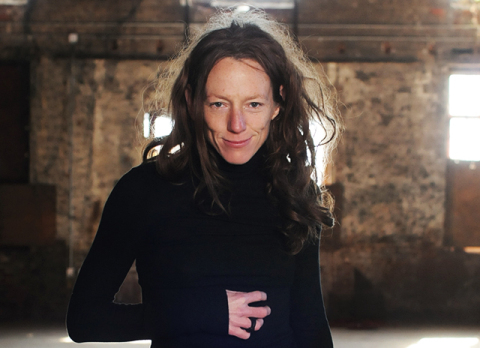 Atlanta according to Lauri Stallings Article

All those outdoor glo performances add up once you know the troupe's founder is a serious nature lover (and crazy about the Dungeon Family) | more...
Search for more by Ed Hall
[Admin link: Super Visions: Now is the spring of my discontent]

Spider for Super Visions: Now is the spring of my discontent