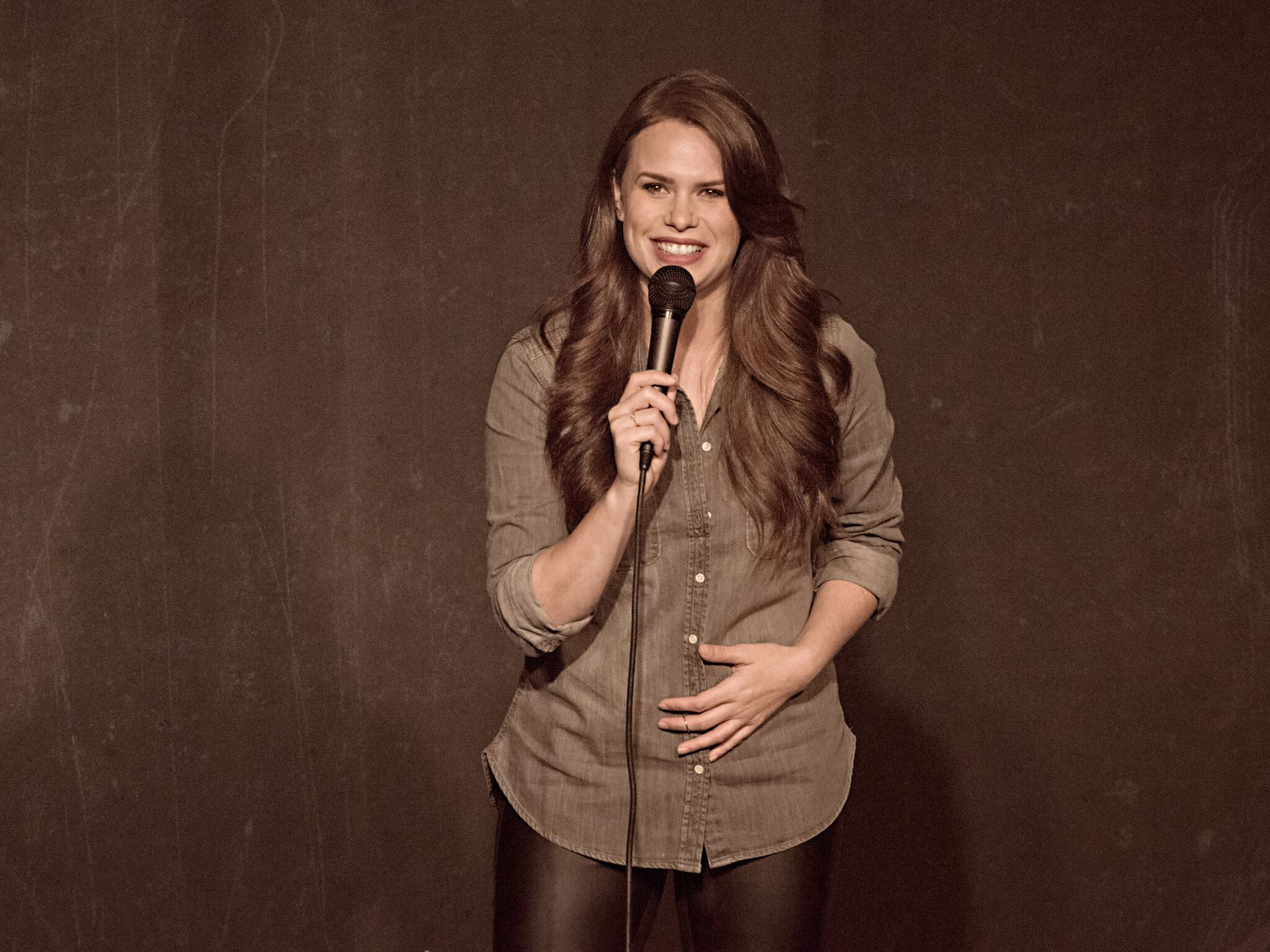 Local comedian Lace Larrabee plans to age with grace ... or at least while ribbing herself. The salty-tongued Georgia native has mad love for good hygiene, Roseanne, and Atlanta's congenial comedy scene. CL had the chance to catch up with Larrabee about such important matters — including her take on the new season of The Bachelor's contestant: "Mainly I'm just pissed that she stole my opportunity to be the first drunk chick on television named Lace," Larrabee says. "I miss the good old days when I only shared a name with an American Gladiator."

How has your comedy developed or changed over time? It seems like you root a lot of your humor in self-deprecation and the less enchanting parts of aging.

Lace Larrabee: My material has definitely evolved for the better over time. I used to write jokes that I hoped the audience would think were funny. Now, I just write directly from my life experiences. I feel like audiences can relate and, in turn, they laugh harder and more genuinely. My approach to writing is much more organic and more "me" than it was when I first started.

Tell me about your beauty queen days.

L.L.: Growing up in South Georgia, the only outlets for performers were either church plays or beauty pageants. We didn't go to church, so I took the heathen route — slapped on some rhinestones, paraded around on stage for years, and I don't regret one bit of it. I actually paid for most of my college with my pageant winnings and I learned a hell of a lot about putting yourself out there and learning to handle rejection which is exactly what the comedy industry is all about.

How is taking the stage with a mic different than taking it with a sash? The same?

L.L.: To be honest, both are surprisingly similar because both have roots in total narcissism. Except now, in comedy, I don't have to act like I care about world peace and I get to keep all the food I eat.

You shared a bill with Rosanne Barr last fall. What was that like?

L.L.: Surreal. Her sitcom was the only family depiction on television that looked and acted like my family. Without getting too creepy about it, I had always felt a deep connection with Roseanne as a comic and a person. I think it was meant to be that we crossed paths. Her audiences were incredible and it was so easy to make them laugh. The weekend went so well, in fact, that she has asked me to work with her again in 2016! Stay tuned for upcoming dates.


How did you get involved with the Goodwipes folks? Did you snag a lifetime supply of those things or what?

L.L.: A fellow comic friend recommended me to the owners of Goodwipes for their new commercial. They loved my audition, we clicked right away and then made something really funny together! (And yes, I got a shit ton of Goodwipes. Pun always intended.)

As a self-described Southerner, what do you think people often get wrong about the South?

L.L.: The South is so often portrayed in film and television as being backward and behind the times, which I think can be said about any rural area anywhere in the country. That kind of mentality is not exclusively a Southern thing. However, cities like Atlanta don't get the national credit they deserve for being progressive, diverse, beautiful melting pots full of art and culture.

How is the comedy scene different in the Southeast in general —or Atlanta specifically — from the rest of the country?

L.L.: Atlanta comedy is close-knit scene where the comics aren't afraid to celebrate the accomplishments of their peers. We help each other grow by putting on better shows, by constantly challenging each other creatively, and by not trying to compete. I know that sounds so fuckin' cheesy, but it's true.

And you're a bartender? Where do you sling drinks?

L.L.: I did tend bar for many years all around town but not anymore. It's tough to work at night while also seriously pursuing my comedy career. I am still in the bar business, but now I'm Italian wine distributor for Vinifera Imports. Hit me up, buyers!

Did you ever try out new material on regulars?

L.L.: Everyone sitting at the bar is always a "comedian" themselves. As a bartender, it always felt like the guests were trying out material on me. Mind you it was usually hacky, misogynistic, and borderline racist — but it was material nonetheless.