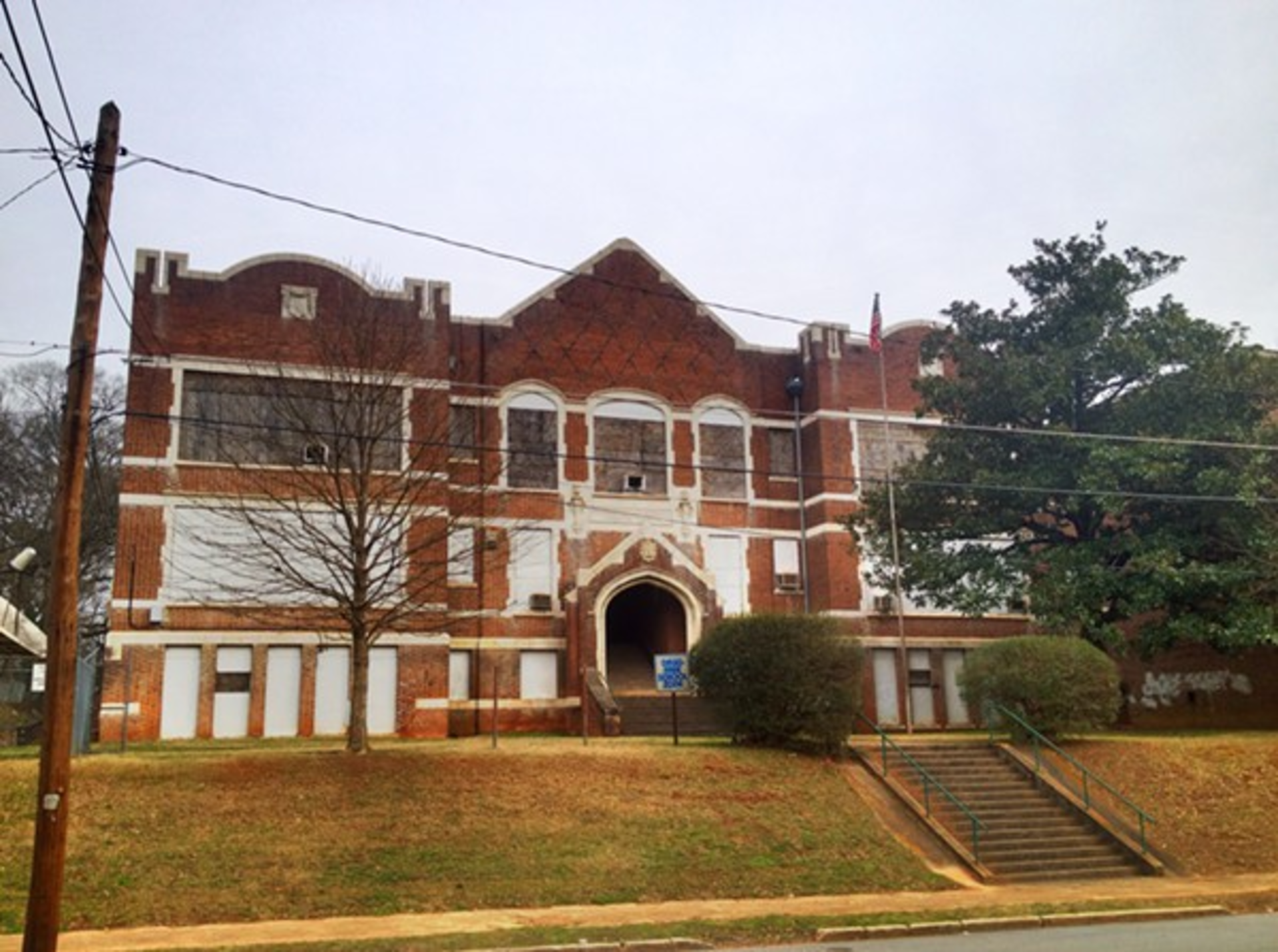 One of the casualties of the long-running brouhaha between Atlanta Public Schools and the Atlanta Beltline was the former George Adair school in the middle of southwest Atlanta's Adair Park neighborhood. A team of developers wanted to renovate the historic building into apartments and studios, but the city was holding the deed — along with the deeds to other former APS properties — hostage.

That all changed when APS Board Chairman Courtney English and Mayor Kasim Reed announced a truce. In addition to announcing a new payment plan, Reed said he would work with the school system to hand over the deeds to properties that the district wanted to sell. That offer has apparently paved the way for the renovation of the American Gothic Revival style building that's sat boarded up and waiting for a new life to get started once again.

Stan Sugarman of the Atlanta Development Collaborative tells Creative Loafing that APS has given the green light to sell the long-vacant school building — he says it closed in the 1970s and had been used as a temporary facility until 2000 — to his team for $412,000. The group plans to spend approximately $3 million to restore the circa 1912 building "to its previous place of prominence in the community."

"The current plan calls for a mix of rental residences, artist studios and commercial spaces in a restored structure financed in part with National Park Service and the new State of Georgia administered tax credits as a contributing structure to the National Historic District," Sugarman says in an email. "Our rezoning proposal will be presented to the the community and NPU as soon as possible."

In an email, APS Spokeswoman Kimberly Wallis Green says the city has yet to release the quitclaim deed on the building and "there is a pending quiet title action to determine who has clear title for this property." The timeline of that process will affect the closing date on the property, Sugarman says, as will permitting, rezoning and other needed approvals.


[Admin link: Sale of Adair Park school - and its conversion into mixed-use - is moving forward (Update)]