Morris From America reflects on those awkward tween years 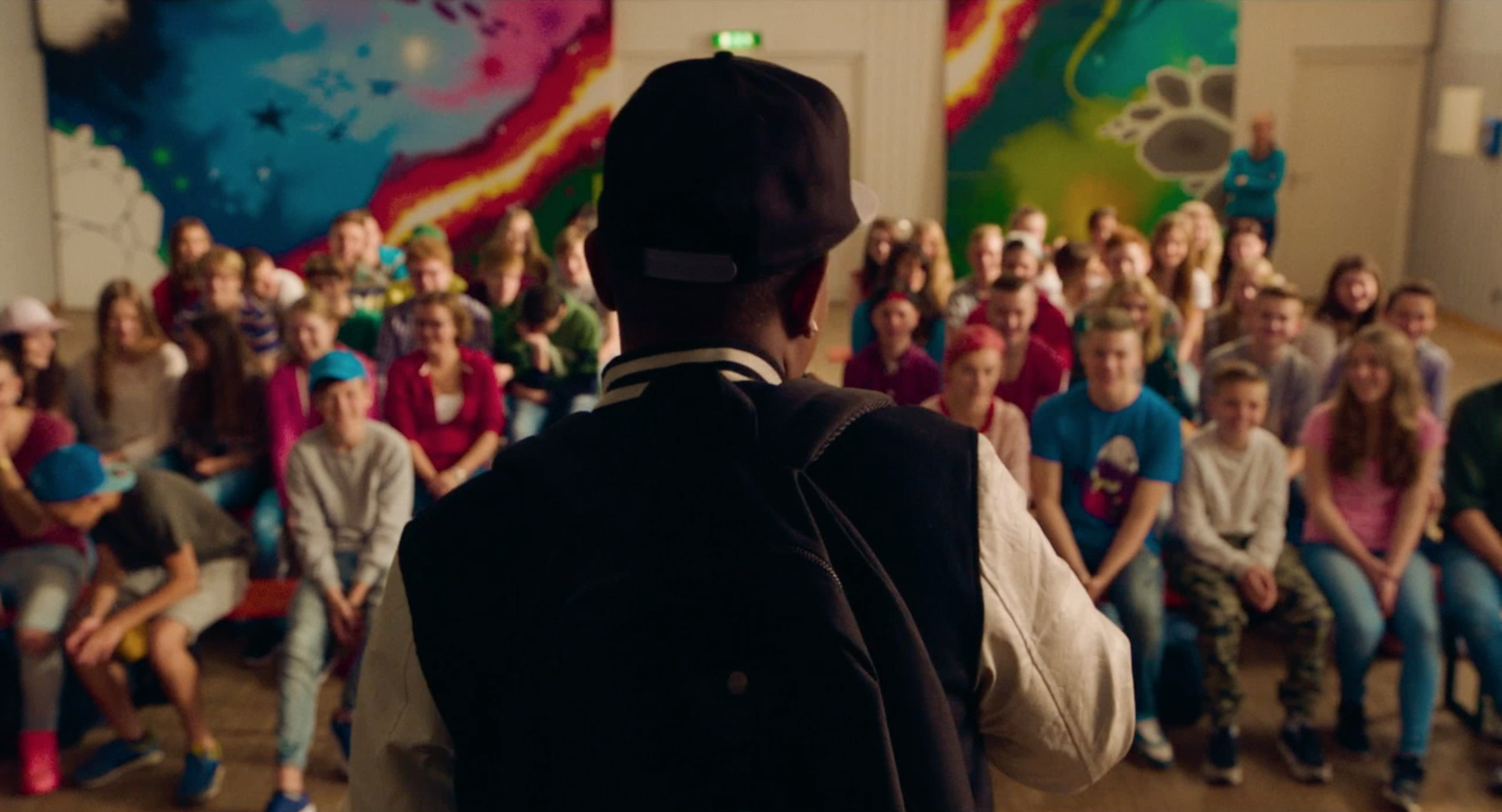 Chad Hartigan used to hug his pillow a lot when he was 12. But one special day, he got bored and decided to take his pillow love a step further. He dressed it up, slow danced with it, then proceeded to hump it. It’s a moment that changed his life.

“It’s an embarrassing true story that always got a reaction from people, so I thought maybe it would be a good scene in a movie,” he says.

And so begins Hartigan’s screenplay for his newest movie, Morris from America, which premiered at 2016’s Sundance Film Festival and plays Sat., April 9 at the Plaza as part of the Atlanta Film Festival. A coming-of-age tale about 13-year-old Morris Gentry (Markees Christmas) who has an affinity for the Notorious B.I.G. and moves to Germany with his dad, Curtis Gentry (Craig Robinson), the film focuses on Morris’ adjustment to not only being in a new country but to falling for an older girl. It pulls a lot from Hartigan’s personal experiences growing up.

“As I went along crafting the story I came up with a way to both incorporate my stories but also take it away from being purely autobiographical and find a different way to tell the story,” says Hartigan, who attended the North Carolina School of the Arts and was roomies with director Aaron Katz.

This is arguably Hartigan’s most ambitious project to date. While his previous films, 2008’s Luke and Brie Are on a First Date and 2013's This Is Martin Bonner were very well-received, with the latter winning Best of Next Audience at 2013’s Sundance Film Festival, Morris from America marks the first time Hartigan is working with an actor that didn’t necessarily need to star in his film to gain experience. Robinson had his choice of roles but was immediately intrigued by the script and committed to filming in Dresden, Germany, where Hartigan did pre and post-production.

“He’d never really done anything like what I was asking him to do,” he says. “But in the end he showed up in Germany and never rehearsed, but he was so prepared and dedicated, and so good.”

This film will allow audiences to witness Robinson flexing his acting chops. The movie takes on an even more significant role considering the current state of race relations in America. Hartigan says he’d be lying if those issues didn’t weigh on him when he began writing the script in 2013, although he knew on an instinctual level that making the characters black would take the film into an entirely new, fresh direction.

“It all of a sudden became a movie I hadn’t seen before and I wanted to see,” he says. “But then I of course had second thoughts where I was wondering, ‘Am I the right person to tell the story?’ It’s all outside of my own personal perspective but that’s the job of the writer to make every person a real human being. If you can start off by making sure everyone feels like a real person then it’s no different from any other character you write.”

And although the main character Morris has an affinity for the rapper Biggie, don’t go trying Hartigan on the intricacies of the hip-hop cannon. Yes, when he was 13 Hartigan was bumping Warren G, Snoop Dogg and Dr. Dre, and even writing his own “terrible” gangsta raps (another aspect from his real life that shows up in the movie), but mostly, the music in the film is about creating an air of nostalgia. It makes the film relatable.

“It doesn’t matter how cool you are now or what sort of status you have as an adult, there’s a level playing field when you’re 12 or 13 where everyone is just a loser,” he says. “Everybody has that awkward period so it’s relatable in that way. Nostalgia is one of the most potent feelings people have especially when they’re consuming media — movies and music — the movie sort of plays into both of those things.”

While Morris from America is decidedly a feel-good film, Hartigan says it was important it remain authentic.

“This movie takes place in a real world that includes bullying and racism and some serious stuff,” he says. “I hope that people feel the movie is set in a truthful world but has an optimistic viewpoint, and you can find the right attitude to go through those difficult things. That would be my ideal takeaway.”

What Did You Expect': Artemus Jenkins turns lens of love homeward Article

image-1
What is life without preconceived expectations? Notch8 Gallery will touch on on that theme Fri., February 12, with the opening of its new photography exhibition, What Did You Expect, featuring work by Kelly Blackmon, Spencer Charles, and Chilly-O, among others and running Feb. 12-March 6.

Although the concept of human expectation (and, let’s face it, often subsequent...