First Slice 4-1-16: Major company may come back to Georgia after religious liberty veto

The other firm that abandoned Georgia is staying put in another state. 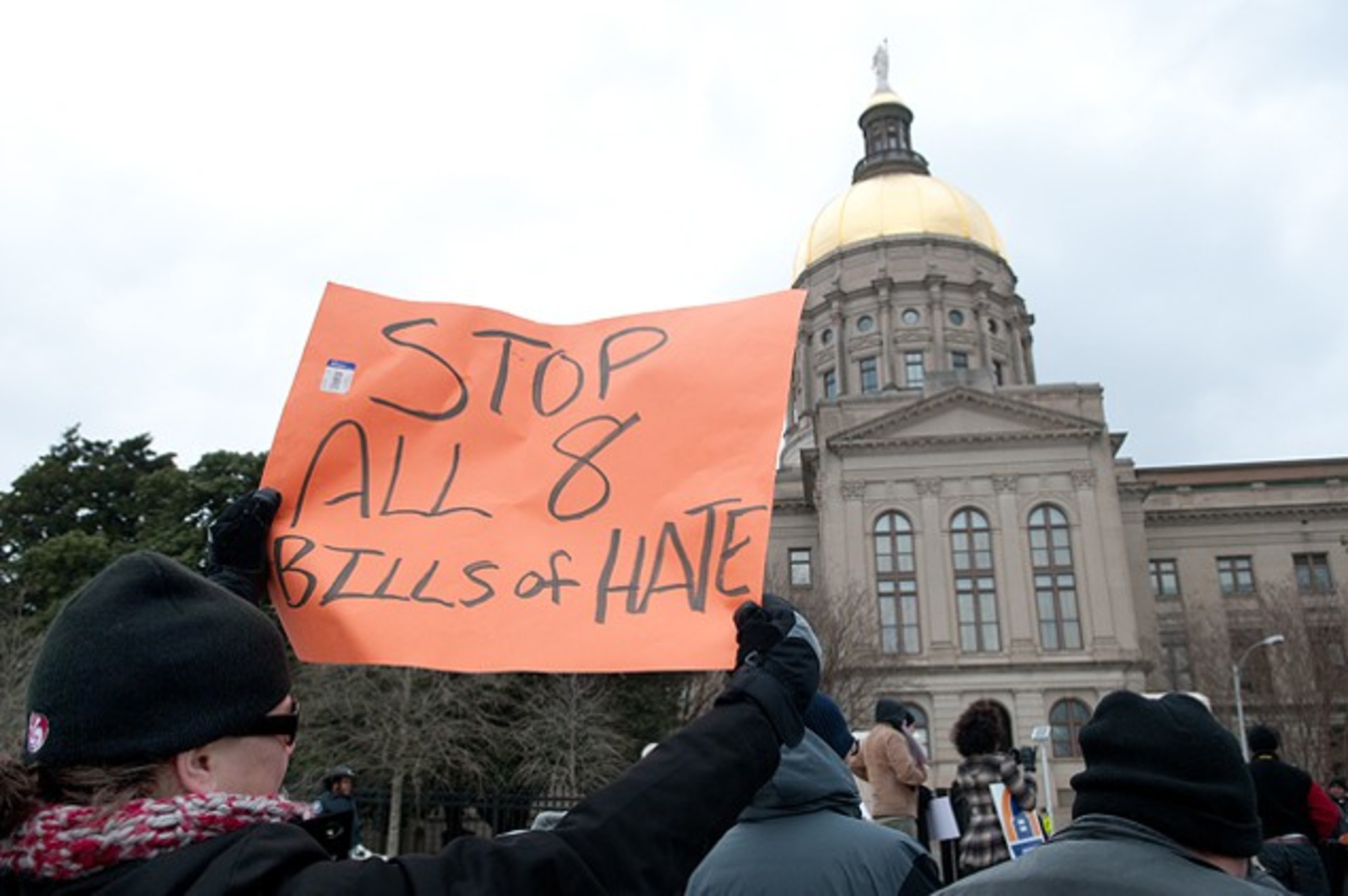 Photo credit:
One of the two major firms that left Georgia over the religious liberty legislation is now reconsidering. According to the Department of Economic Development, the project could still move forward since Governor Nathan Deal has vetoed the bill. (The department cannot release the name of the business yet.) However, the other company that abandoned Georgia is staying put in another state.

If the impending campus carry legislation passes, Georgia's campuses may lose some educators. At least one professor from Georgia State University has already decided to retire in part because his students could soon be able to bring guns to class.

Marietta Councilman Griffin Chalfont says Kennesaw State University students are turning single-family homes into "fraternity houses" and disturbing other residents. He's proposing that the city reduce its housing occupancy limit to prevent the darn kids from "destroying the neighborhoods" and "using the bathroom in the yard."

Even Kasim Reed is using Waze now. The mayor announced that the City of Atlanta will partner with the popular social navigation app to collect data and find new ways to reduce congestion and traffic.

All over the world, Tesla Motors enthusiasts lined up outside stores to put a down payment on the new Model 3. At least 500 Atlantans showed out at the three metro locations – and some even camped out overnight – to reserve a vehicle they had never seen. Will it be worth it?

Reminder: It's April Fool's Day. Don't fall for the pranks.