First Slice 4-21-16: Harry the Hawk busted his nuts at the ballgame 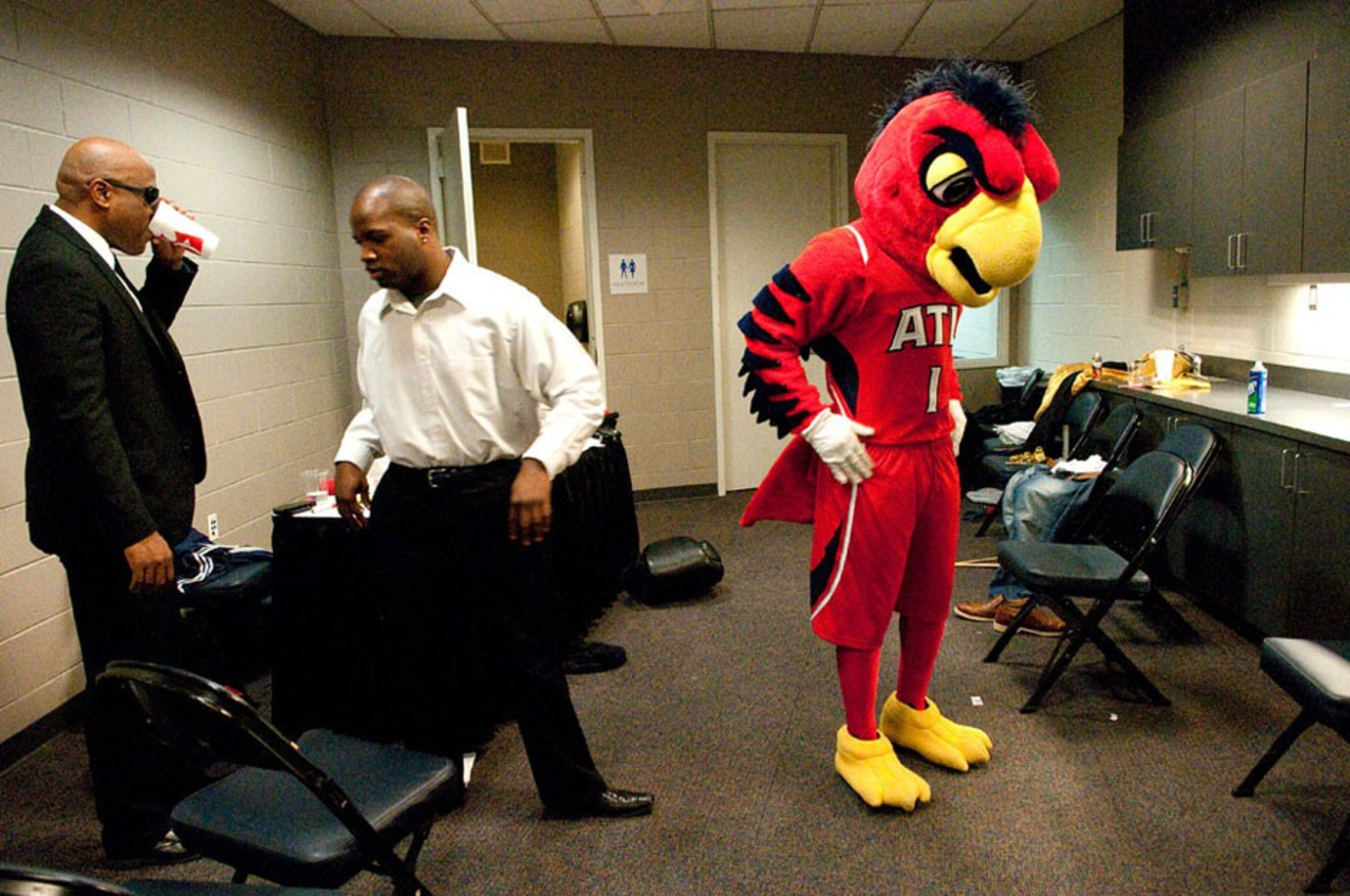 Photo credit:
While fans at Philips Arena celebrated the Hawks second playoff win over the Celtics Tuesday night, team mascot Harry the Hawk was somewhere feeling the burn. He fell on a railing in the middle of the game and the video footage looks equal parts gruesome and hilarious. If this was part of his routine, he's a better baller than the pros.

A bike-share program will finally kick off this summer in Atlanta. The city's pilot program will start with 100 bikes provided by vendor CycleHop with the hope of eventually expanding to 50 rental stations and 500 bikes. An earlier failure to launch was due to contractual issues, according to City Bicycle Officer Becky Katz.

You know times are tough when the AJC is running op-eds about the lack of affordable housing inside the city.

Clark Atlanta University is getting a bona fide ex-NBA player and coach to steer its b-ball team. Darrell Walker played 10 seasons in the league and was a member of the championship ’92-’93 Chicago Bulls.

Usher's star turn as boxer Sugar Ray Leonard gets a preview in the trailer for the Roberto Duran biopic Hands of Steel, which also stars Robert De Niro and Edgar Ramirez.

And, yeah, ICYMI: The Treasury Department has decided abolitionist Harriet Tubman's face will replace notorious slave owner and president Andrew Jackson on the front of the $20 bill in the year 2030. But, in an ironic twist, Jackson's image will apparently remain on the back of the bill, NPR reports. Because that's just so America. Additionally, a redesign of the $5 bill will honor Dr. King's 1963 "I Have a Dream Speech."