Plus, Mayor Reed gets emotional at an airport lease-signing ceremony. 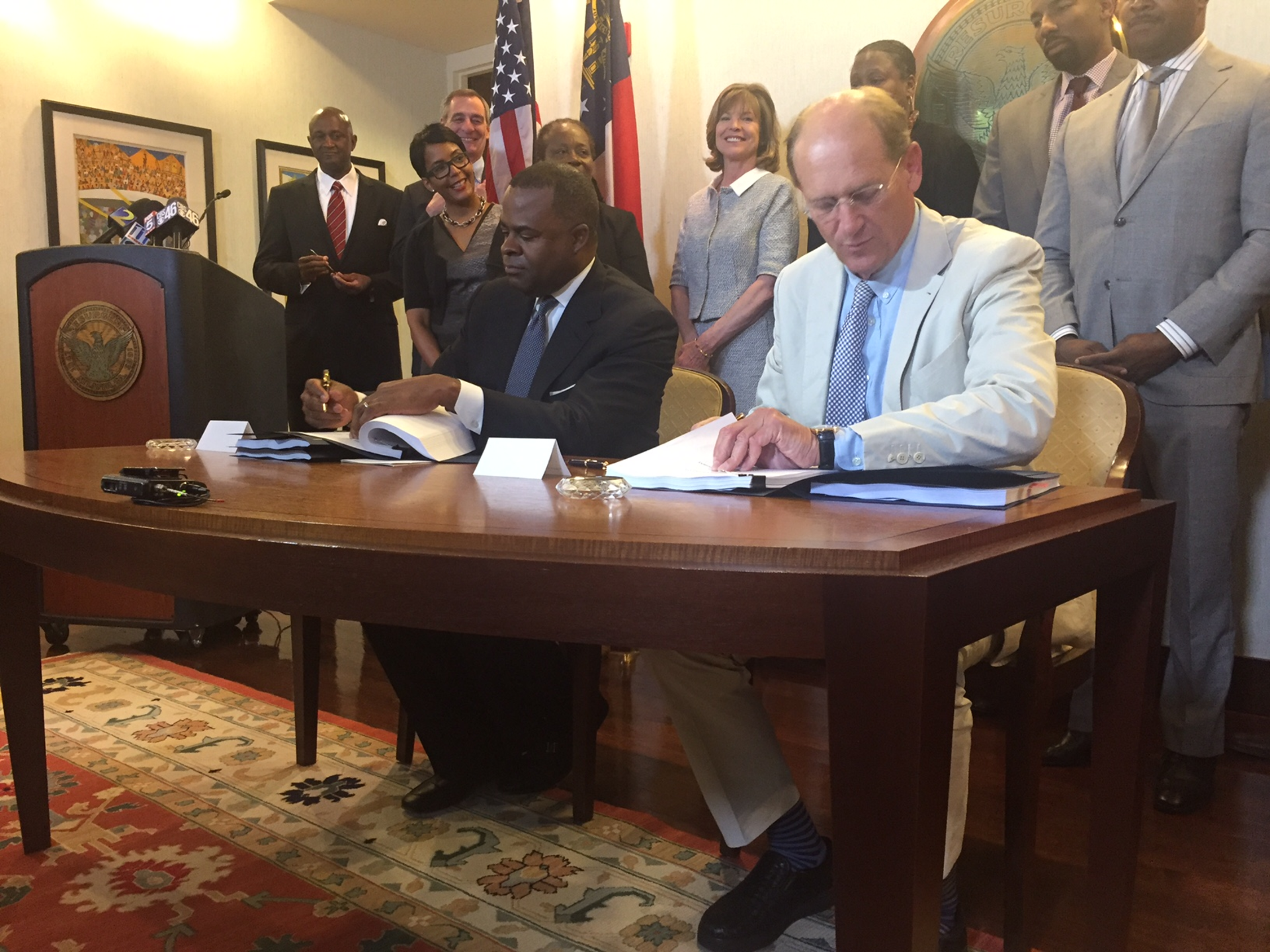 Snapchat's speed filter is being blamed for a serious car accident on highway outside Atlanta. Teen driver Christal McGee says she was "just trying to get the car to 100 miles per hour to post it on Snapchat" when she collided with another vehicle. The crash left the second driver, Wentworth Maynard, with severe brain injuries. McGee sustained at least some scratches, as seen in the bloody ambulance selfie she posted.

"If I had the power to do one thing today, I think I’d name the airport the Hartsfield-Jackson-Reed,” said Delta's retiring CEO, Richard Anderson, at a lease-signing ceremony to keep the airline in Atlanta. Hizzoner couldn't help but shed some tears.

Katt Williams can't seem to stay out of trouble. Wednesday night he rolled into Atlanta seafood haunt Spondivits and asked the manager for special seating. When the manager refused, Williams allegedly threw a salt shaker at his face and busted his lip. Williams then fled to Waffle House, where police found and arrested him for battery.

This week the MARTA Army and We Love BuHi led more than a hundred tourists on a Buford Highway bus crawl to dine and learn about the community. Here's a recap of the stops, the speakers, and the locals' reactions.

Comcast is bumping its data limit from 300 gigabytes to one terabyte for metro Atlanta customers.