First Slice 4-4-16: Officials investigating how massive tank ended up bobbing in the 'Hooch

Plus, Tim Lee was a debate no-show 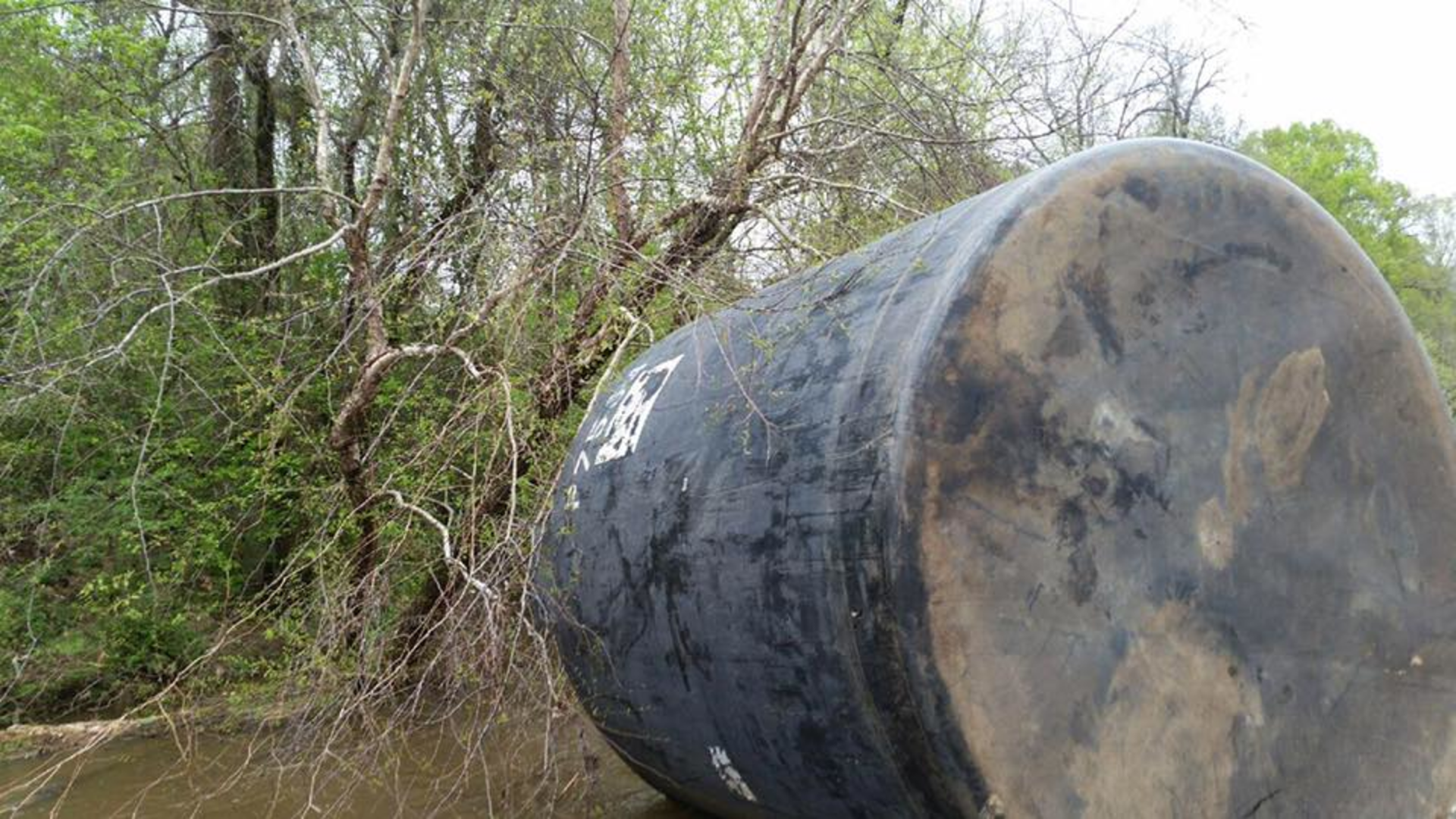 Chattahoochee Riverkeeper Jason Ulseth and environmental officials spent Saturday fishing a huge tank — with a "skull and crossbones" on its side — out of the vital waterway. Officials are investigating the tank's origins and what it might have contained.

How should Atlanta invest the precious transit dollars it might generate if voters approve a sales tax hike in November (or if some bag of cash magically falls from the sky)? Mike Dobbins, a Georgia Tech professor and former Atlanta planning commissioner, has an idea.

Some Cobb County homeowners are irked after Chairman Tim Lee, claiming he was ill, skipped a debate with opponents.

The state wants to spend $2 billion to build a trucks-only lane to prepare for and serve congestion on I-75 between Macon and McDonough. Will it work?

Hundreds of journalists pored over millions of documents related to offshore bank accounts owned by some world leaders, including accounts allegedly linked to Russia President Vladimir Putin, in what's being called one of the biggest data leaks in history. And what they uncovered is very much worth a read.