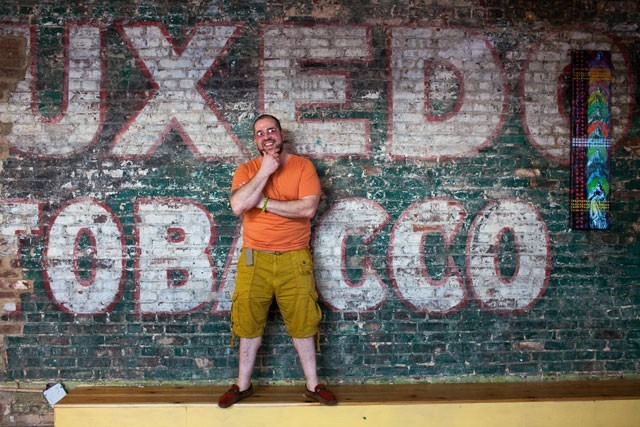 Edgewood Avenue nightlife magnet Department Store (aka Erosol) closed without warning last week, leaving its mix of clubbers and creatives without a hub. Yesterday, club owner Luis Carreras posted a GoFundMe to “help save the culture that we have all helped create by bringing back the creative platform for all of the new and up coming artists,” he wrote. The crowdfunding goal: $60,000. Only $105 has been raised by two donors so far. Carreras offers no explanation about how the club fell into financial straits. But in a post titled “The Inevitable Death of Department Store,” a blogger going by the pseudonym Anonymous Champion has posted a litany of unverified claims to back up his speculations on the club’s demise.

A network of organizations under the Movement for Black Lives released an updated platform of policy goals Monday. “A Vision For Black Lives: Policy Demands For Black Power, Freedom, and Justice” includes such proposals as reparations, and an end to mass incarceration, the death penalty, and deportations. The expanded platform comes after outside criticism that the Black Lives Matter movement was too focused on criminal justice and policing.

People are still talking about how game-changing a Peachtree Street route could be for of the Atlanta Streetcar, following Maria Saporta’s recent commentary on WABE.

A 1920s-era Downtown office building on Park Place, formerly known as the Thornton Building, is now out of foreclosure.

What’s black and white and RED all over? New York magazine’s June 25 cover story: “The Case Against the Media. By the Media.” If you haven’t perused it yet, you should. It’s an in-depth critique of the media and its failures — particular over the course of this political season — by media figures. It includes commentary from the likes of David Simon (“The Wire”), Dean Baquet (New York Times executive editor), Johnathan Chait (New York), Bob Woodward (Washington Post), and plenty more. (Also interesting: It contains thousands of words and zero pictures or illustrations. Guess media’s design rules about boring readers to death with text-heavy copy don’t apply when the topic being covered is the media.)