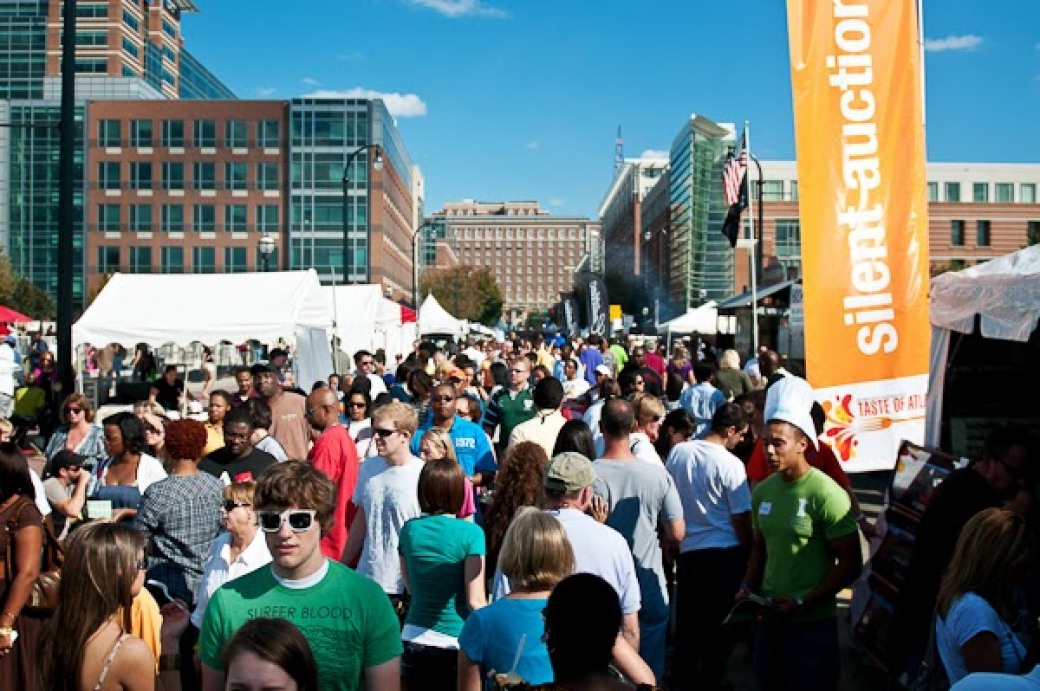 For the twelfth year running, Taste of Atlanta will be held in Midtown's Tech Square Friday, October 25 to Sunday, October 27, serving up another year's worth of celebrity chef sightings, local ingredient-citing, and enough exciting moments in eating to remind you why you love getting out in this city.

Friday's opening event, Atlanta's Taste Revival, finds host Ron Eyester (most recently of Timone's Pizza) presiding over a musically influenced block party with participating chefs such as Shaun Doty of Bantam & Biddy, Kevin Gillespie of Gunshow, Keith Schroeder of High Road Craft, and more. As you listen to Southern rock from Parker Smith and the Bandwith, munch on dishes such as hot chicken drumsticks inspired by Van Halen's "Hot for Teacher" from Doty, a self-described '"Trans Am" kind of guy.

The main festivities on Saturday, October 26 and Sunday, October 27 (11 a.m - 6 p.m.) include samples from more than 90 area restaurants, ranging from tried-and-true favorites like JCT Kitchen, Desta, and Fox Bros., to newbies like Chai Pani and King + Duke.

So eat something, drink something, learn something, and get to be a part of the thriving food culture that helps give this town such a hospitable reputation - it's more than just the y'alls, y'all.