Omnivore - Cheering on the Atlanta Hawks just got tastier 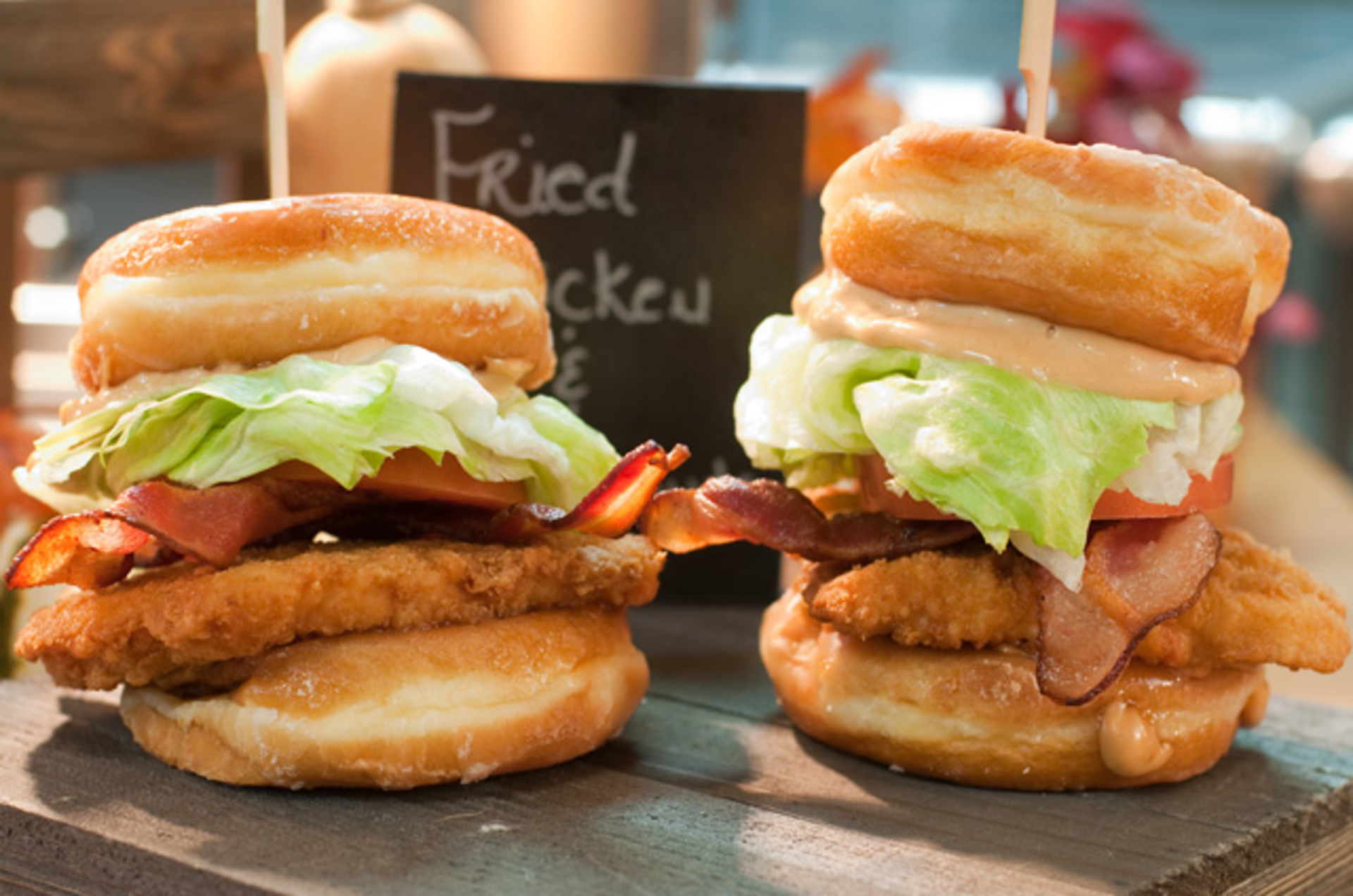 Tonight at 8 p.m., the Hawks take on the New York Knicks in hopes of catching their 22nd win of the season and redeeming themselves from Sunday night's 111-97 loss to the Knicks.

“The quality on the court's gone up immensely in the last year and half, and we have to up our game as well in culinary,” Levy Restaurants executive chef Nick Klug said.

Klug, a Wisconsin native, is a veteran of the sports and entertainment culinary scene, having worked the Green Bay Packers’ Lambeau Field, Nationals Park in Washington, D.C., the GRAMMYs, PGA championships, the Blackhawks’ Stanley Cup playoffs, and Churchill Downs before taking over at the arena three and a half years ago.

Klug and his team have shrunk the concessensions menu so they can serve more fresh products and house-made selections than they did previously. The staff also uses locally sourced ingredients such as Georgia White shrimp, Logan Turnpike grits, and Sweet Grass Dairy cheeses.

Some of the arena’s new offerings include a fried chicken doughnut sandwich, street corn nachos, barbecue short ribs, and an authentic Mexico City-influenced al carbon taco. Most items average between $8 and $12, except for the lobster sandwich, which goes for around $24.

“We tried to come up with some fun unique items to this arena. Something that you're not going to be able to find anywhere else,” Klug said.

One of Klug’s biggest projects was creating a hand-rolled s’mores pretzel served with a marshmallow dipping sauce, and it’s already a fan favorite.

“It may not sound that exciting, but I'm telling you it might be the best pretzel you've ever had,” Klug said. “The line's always pretty deep at that concession stand.”

Watch the Hawks host the Chicago Bulls during Nickelodeon '90s Night this Sat., Jan. 5 at 5 p.m. Catch them at home again on Sat., Jan 16 against the Nets and on Mon., Jan. 18 against the Orlando Magic.