I have fallen hard for Billy Allin’s new Inman Park restaurant Bread & Butterfly, where Bryan Stoffelen is the chef. It’s the type of place I didn’t know I needed in my Atlanta dining life. The name was inspired by a passage from Lewis Carroll’s Through the Looking-Glass, and What Alice Found There. In fact, a quote from the passage is featured at one end of the dining room on a mirror. The space's gold pressed tin ceilings illuminate the dark green walls. The place looks more Paris than Inman Park.

There was bluegrass playing as I sipped a strong macchiato one day. Then some R&B came on as I cut into my fluffy pancakes, which were slightly crisp around the edges and drenched in butter and maple syrup. This may be a European style café, but the music reminds you that you are definitely stateside.

Bread & Butterfly is a cozy place to duck in for a weekday lunch. I had a great tomato soup crowned with a thick airy crinkle of golden puff pastry a couple weeks ago. They also make a textbook French omelet of the day with a little salad that would go well with a glass of wine or a champagne cocktail from the short drinks list.

Baguettes here are so good they're giving Star Provision’s some stiff competition. The crust is crackly and thin; the interior has those large round holes and so much chew. It’s fantastic with the soft fromage and mostarda. The menus at all meals are short, but there is enough for everyone including vegetarians. Actually, it was a vegetarian item, which floored me it was so good: a gooey comte cheese, mushroom, and caramelized onion French dip sandwich. The slices of crunchy, buttery bread held together even after a dip in the accompanying saucer of red wine jus.

Everything about this place has me gushing and giddy. Is it possible to have a crush on a restaurant? 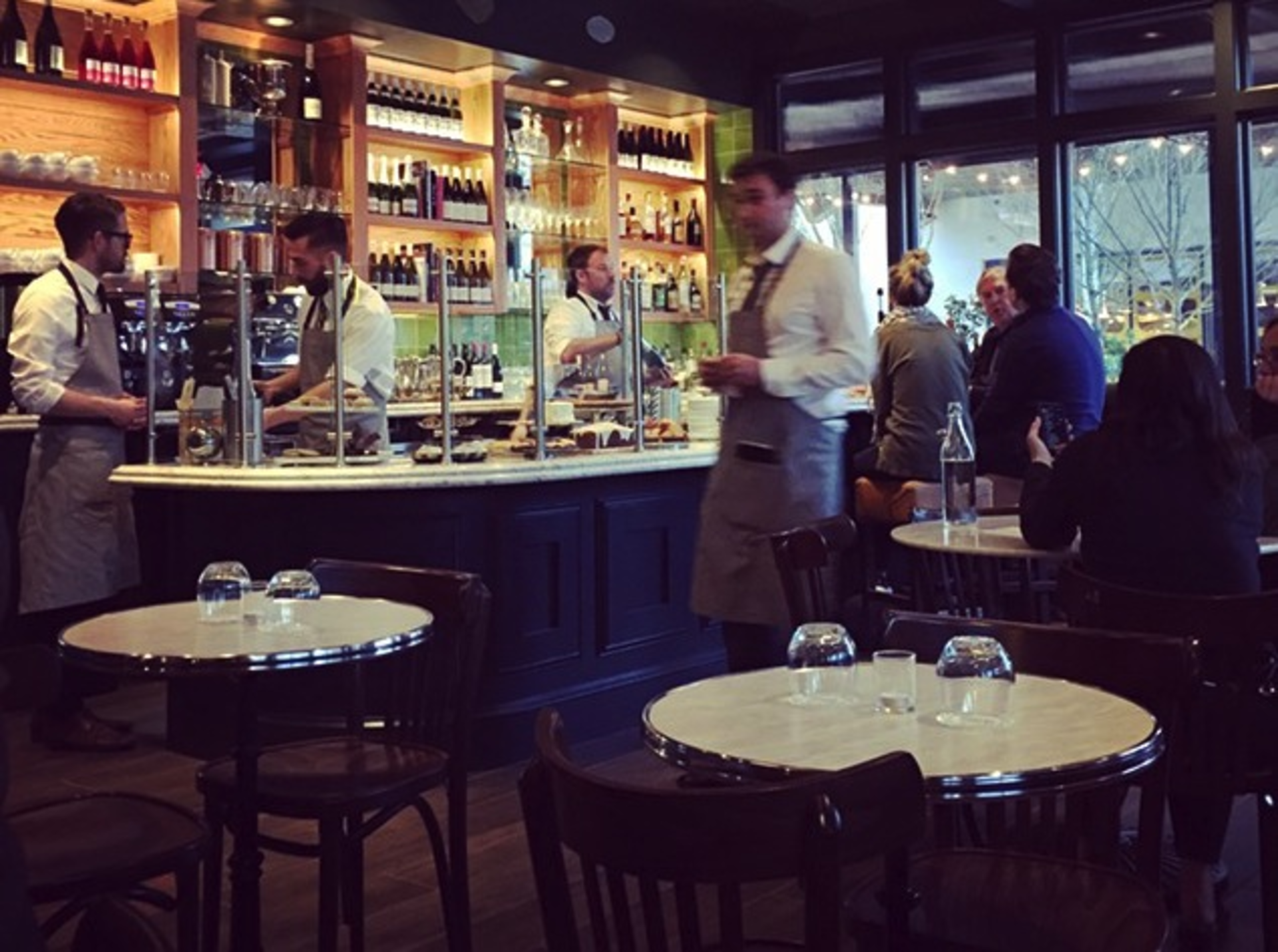