A cinematic cocktail collection for Oscar night in Atlanta 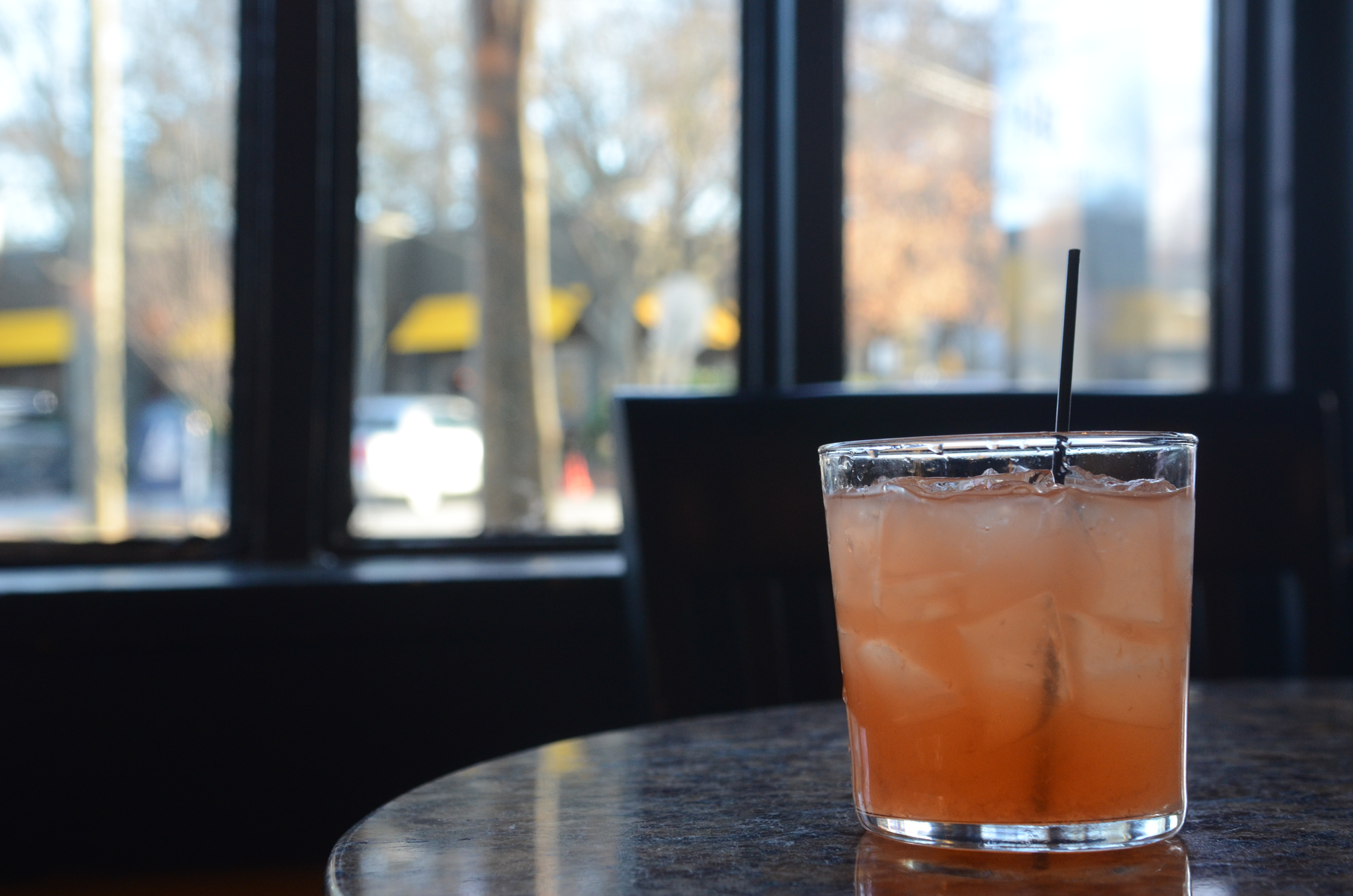 Your drinking guide to the 88th Annual Academy Awards (February 28, 2016, 5:30 PM) is here. We can’t all be at the ceremonies but we can honor the nominated while sipping around Atlanta. We found 8 cocktails that seem to have been made for highly acclaimed flicks. Celebrate the biggest night in Hollywood with a drink that matches the spirit of each Best Picture film. If none of these do the trick, make your own and take a drink every time the “wrap it up” music comes on. And the nominees are…

The Big Short is the story of hedge fund managers and bankers who capitalize on the bursting housing bubble during the financial crisis of 2008. They bet against (shorted) subprime mortgage bonds and waited for the eventual implosion. Time Invested ($11) at Tavernpointe is goes perfectly with the herbaceous tequila, pear, Aperol, lemon, green tea, and celery bartender Madison Burch stirs together. It’s better balanced than the sheets of those bankers. 1545 Peachtree St. NE. Midtown. 404-549-3954. www.tavernpointe.com.

The Courier ($10) at Ticonderoga Club is a suppressor much the silencers used on the CIA agents’ guns in Bridge of Spies. It’s an blend of Spanish red vermouth and sherry boosted by coffee liqueur and orange bitters. Garnished with a lovely and aromatic cardamom leaf, it is subtle and nuanced, like a courier of secret plans during the Cold War. 99 Krog St NE. Inman Park. 404-458-4534. www.ticonderogaclub.com.

There is a love triangle in Brooklyn with an Irish immigrant, an Italian plumber, and a local Irishman back home. Home is two places for Ellis Lacey. She could be the muse for Dual Citizenship ($10) at La Tavola with Hedura blanco tequila, Cappelletti Aperitivo, and grapefruit essence. 992 Virginia Ave. Virginia Highland. 404-873-5430. www.latavolatrattoria.com.

The only cocktail that could withstand the fury of Max and Furiosa in Mad Max: Fury Road is In the Wind ($10) at The Iberian Pig. What better way to go through a post-apocalyptic chase through wasteland than with a spicy and flavorful amalgam of rye whiskey, yellow chartreuse, Amaro Montenegro, Grand Marnier, and Angostura and Orange bitters. 121 Sycamore Street. Decatur. 404-371-8800. www.theiberianpigatl.com.

Left by his crew on the hostile planet of Mars, Matt Damon’s astronaut character in The Martian thrives by way of science and his sense of humor. Kellie Thorn at Empire State South is equally as clever with spirit concoctions. Two World Hero ($12) mixes together tea-infused cognac, rye whiskey, sweet vermouth, and red wine syrup. Sublime as space must be. 999 Peachtree Street NE. Midtown. 404-541-1105. www.empirestatesouth.com.

Fueled by grief and revenge, a frontiersman treks across the American wilderness of 1823 in The Revenant. The survival skills of Leonardo DiCaprio’s character, Hugh Glass, are the stuff of legend. Hunting Season ($12) at Kimball House is an equally fierce cocktail. The bitter elements of rye whiskey, cherry aperitif, absinthe, and earthy sassafras please a daring palate. 303 E. Howard Ave. Decatur. 404-378-3502. www.kimball-house.com.

In Room, five-year-old Jack and his mom are the whole world to each other after being held captive in a shed his entire life. The One and Only ($12) at Miller Union sums up their strong connection in a glass. Vodka, floral St. Germain, grapefruit bitters, and lemon conjure up the sunny flavors of the outside world. 999 Brady Ave. NW. Westside. 678-733-8550. www.millerunion.com.

In 2001 a team of Boston Globe journalists go on a mission to uncover allegations of priests molesting boys within their churches in Spotlight. Offset such dark material in the fun atmosphere of Decatur’s S.O.S. Tiki Bar. We suggest The Reverend’s Fancy ($10), a boozy mix of pineapple rum, Reposado tequila, amaro, and a rim of coconut garnish. It’s cheeky, but delicious. 340 Church Street. Decatur. 404-377-9308.

Bonus: It’s not one of the eight candidates but if it were, we would match Star Wars: The Force Awakens with The Dark Side at Ration and Dram. Brandy, rum, porter beer syrup, and Angostura bitters are stirred to make you question where your loyalties lie. 130 Arizona Ave. NE. Kirkwood/Edgewood. 678-974-8380. www.rationanddram.com.