Food links from around the Web

embed-1
LOVE AT FIRST BITE: Korean BBQ has developed a following in the South. How might Koreans feel about Southern BBQ?

Three members of Atlanta's culinary community are 2016 James Beard Award finalists. Staplehouse is up for Best New Restaurant, and Kevin Gillespie (Gunshow) and Steven Satterfield (Miller Union) are in the running for Best Chef: Southeast, and Winners will be announced on May 2. Satterfield was also named a finalist for a 2016 International Association of Culinary Professionals (IACP) Julia Child Award for his first cookbook, Root to Leaf.

Celebrate spring slightly early with seasonal cocktails, such as a honeysuckle Tom Collins, a chamomile honey and whiskey, or a jasmine lychee cooler.

Sublime Doughnuts is staying open for 24 hours every Tuesday through Saturday. In addition to the regular menu, diners can go off script and order a crème brûlée doughnut, a sliced doughnut filled with crème brûlée and topped with gold and white chocolate, white chocolate pearls, and sugar diamonds. starting at 6 p.m. 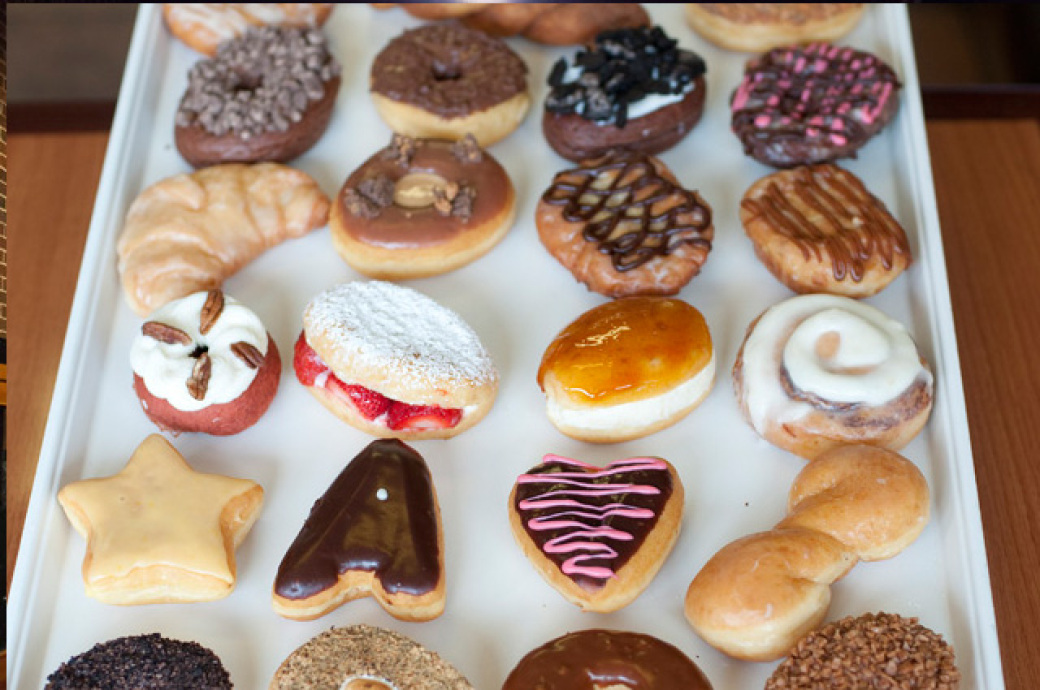 Kamal Grant has his dough down — his doughnuts ($1/each and $10/dozen) spring back into shape after each bite and taste like butter instead of fryer oil. His take on a Boston cream doughnut is whimsically shaped into a proud "A" for Atlanta, filled with silky custard and dipped in premium Belgian Callebaut chocolate. But the best one we've eaten is simply a swoon-worthy yeast doughnut slathered in sticky dulce de leche — it was gone two seconds after the first bite. If you're looking for an option other than a birthday cake, check out the Sublime happy birthday doughnut box for $20. It's worth it.
—Read Article
Departments