Peach State brewpubs benefit from a shift in growler policy 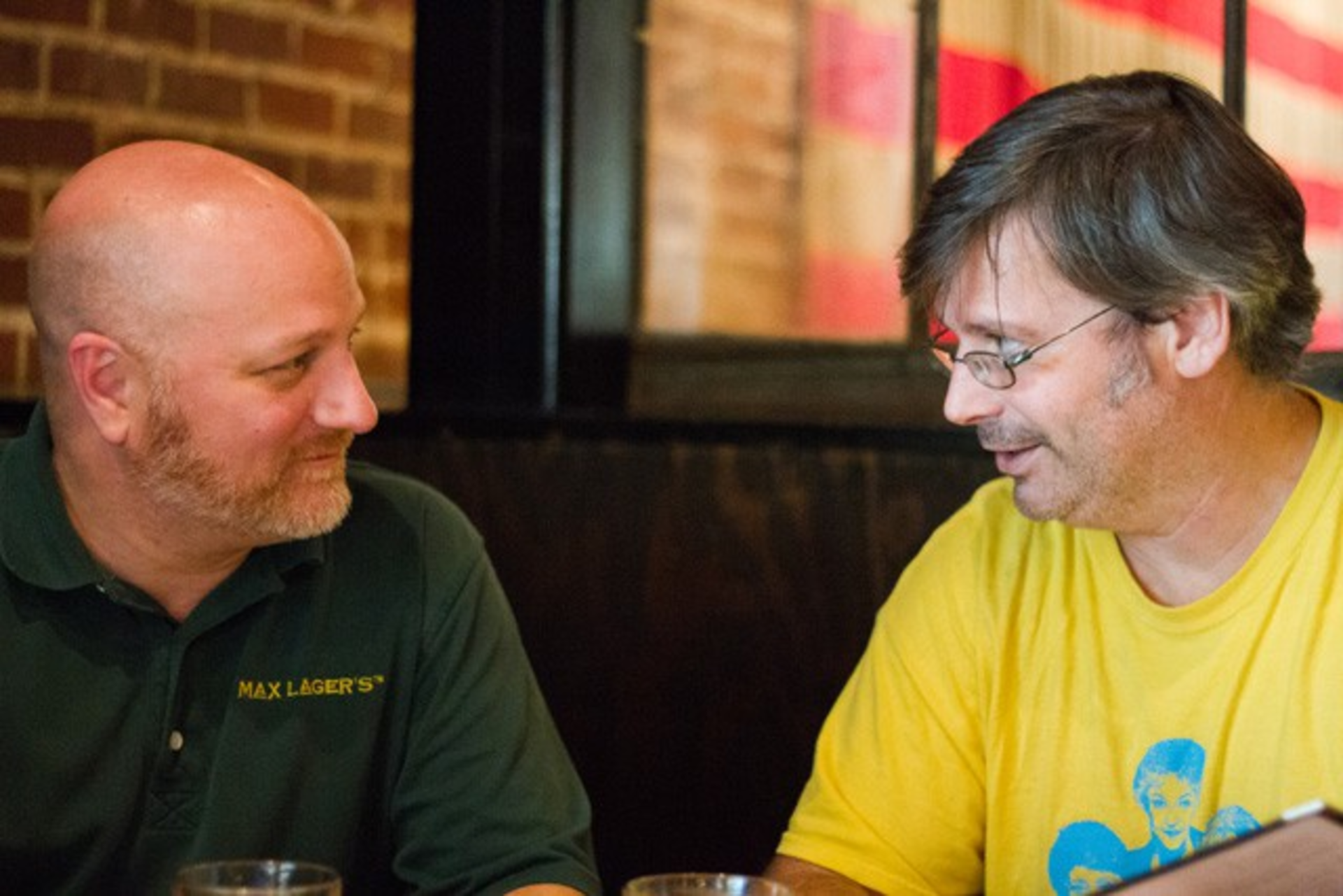 Photo credit:
On March 11, just a month out from Moon River Brewing Company’s 17th anniversary, owner John Pinkerton got to give a very special toast at his Savannah brewpub. He happily announced that Moon River became the first Georgia brewpub to sell a grower of beer to-go. Pinkerton told CL:
From speaking with [/atlanta/first-draft-with-nancy-palmer/Content?oid=12649406|Nancy Palmer, Executive Director of the Georgia Craft Brewers Guild] and some fellow brewpub members of the Guild like [/atlanta/first-draft-with-crawford-moran/Content?oid=13088507|Crawford Moran, 5 Seasons and Slice & Pint], I heard that Georgia Department of RevenueCommissioner Lynne Riley was now interpreting the existing law as allowing growlers for a brewpub, and that the DOR would defer to local governments to decide for their own communities. We have a good relationship with the city of Savannah. When we met with them recently, they essentially said there was nothing preventing us from selling growlers. I’m a naturally suspicious person, so I was still feeling pretty insecure about moving forward. But on that morning, Commissioner Riley called me personally in response to an email inquiry I’d sent her. At that moment, I decided to pull the trigger. Following Savannah's lead, Alpharetta passed a similar ordinance Monday night, and other municipalities are expected to follow suit in the coming weeks. How did this happen so quickly amidst years of unrelated legislative frustrations for Georgia beer makers? The short answer is that it's kind of been legal ever since Georgia first got growlers in 2010. The problem has been getting the DOR to sign off on a regulatory interpretation. Lawyer Taylor Harper picked up the cause early last fall. He’s quick to point out that he merely crafted the legal arguments — brewpub owners and the GCBG pushed it through with the DOR. Moran thinks Harper is, perhaps, being a bit too modest.

“Harper deserves a lot of credit for getting growlers at brewpubs,” Moran says. “He should never have to buy a beer in this town again. He’s a saint.”

Harper explains that the DOR has always considered growlers an on-premise sale in that the package (in this case, a keg) is broken (read: tapped) in order for a growler to be filled. Although brewpubs — essentially restaurants and breweries combined — are forbidden by their brewpub licenses to make direct off-premise sales (though they can sell their beers in retail outlets through a wholesaler), they all have on-premise licenses for the beer they sell in their establishments.

The bottom line is that the DOR isn't interested in regulating growlers, so it will depend on each municipality's decision, and even those may vary. Proponents of the interpretation are a little hesitant to say much more than "it's happening" on the record, but perhaps that's not surprising given the way this state works with regards to beer laws. If it all sounds a little ridiculous and a lot confusing, that's because it is, and GCBG Executive Director Palmer says it’s been up in the air since growlers arrived in Georgia — it was just a matter of getting the DOR to sign off on it.

“The Guild has long held that brewpubs could sell growlers under current law,” says Palmer. “We used arguments developed by Taylor to confirm the state's position that this issue was, in fact, a local issue. Having confirmed that, our brewpub owners—including notably 5 Seasons’ Dave Larkworthy, Crawford Moran, and [http://(http://clatl.com/atlanta/first-draft-with-hop-alley-brewpubs-brandon-hintz/Content?oid=9423452|Hop Alley Brew Pub’s Brandon Hintz] began the process of making adjustments at the local level.”

On Monday night, Alpharetta City Council unanimously (7-0) passed an ordinance, becoming the second Georgia municipality to allow brewpubs to sell growlers to-go. Despite the fact that this brewpub development is completely separate from the larger fight for better beer laws in Georgia, Moran can’t help but find it all a little amusing.

“After all this political nonsense for the past many years, it came down to a vote which passed 7-0, with no opposition, in a room where there were no lobbyists, no special interest groups, no back room deals,” he wrote on the 5 Seasons North Facebook page. “It was amazing what a non-event it was.”

5 Seasons North received its permit from the City of Alpharetta yesterday and started pouring growlers at 6 p.m. on Tuesday. Hop Alley hopes to be doing the same by this weekend.

Chris Bivins, whose brewpub, Torched Hop Brewing Company, is opening soon on Ponce de Leon Ave. across from Mary Mac’s, is excited by the development, assuming that the City of Atlanta follows suit. “Allowing brewpubs to sell growlers gives our customers the ability to keep their beer dollars in their local community,” he says. “We’ll be employing more than 50 Atlanta residents who are all relying on our business to support themselves and their families. Growler sales will provide us another avenue for brand development and sales growth, both of which are crucial to opening a successful business in a challenging market.”

On the other end of the spectrum, John “J.R.” Roberts of Georgia’s oldest operating brewpub, Max Lager’s, says that “growler sales will be incremental income that will help boost advertising as well. It will be totally worth it. I can’t tell you how aggravating it’s been through the years to have to tell customers, ‘Sorry, we can’t sell you our beer.’ We get a lot of folks from all over the country and world who just don’t understand why everywhere else they go this is perfectly fine.”

Meanwhile, Moran insists that the wholesalers are gonna be fine, too. “The sun will come up and the sun will go down,” he says. “No cats will move in with dogs. Children won’t starve. The wholesalers will continue to make a ton of money. This will have zero impact on their business. But craft beer will grow in Georgia. That is good. And everybody will benefit — even the wholesalers.”