If you follow social media accounts of Southern food-lovers, your feed was probably filled with debauchery from the Atlanta Food & Wine Festival this past weekend. Perhaps you shelled out big bucks for a Connoisseur lanyard or maybe you drooled a little at home. One thing is true— we were there. Here are a few things we and our iPhones captured.

You can plant a vineyard in the middle of the city, but we're still gonna be a little bit country to deal with the heat:

"This is what happens when you're crazy ... You pop-up a Vineyard in the middle of a city and then you kick it off with a wine luncheon going thru Grapes from A-Z." - Dominique Love, founder of the Atlanta Food and Wine Festival.


We learned a thing or two about making cocktails.

"Before there were cocktail shakers, throwing drinks was how they did it." - Nick Detrich, in Early Drinks session. 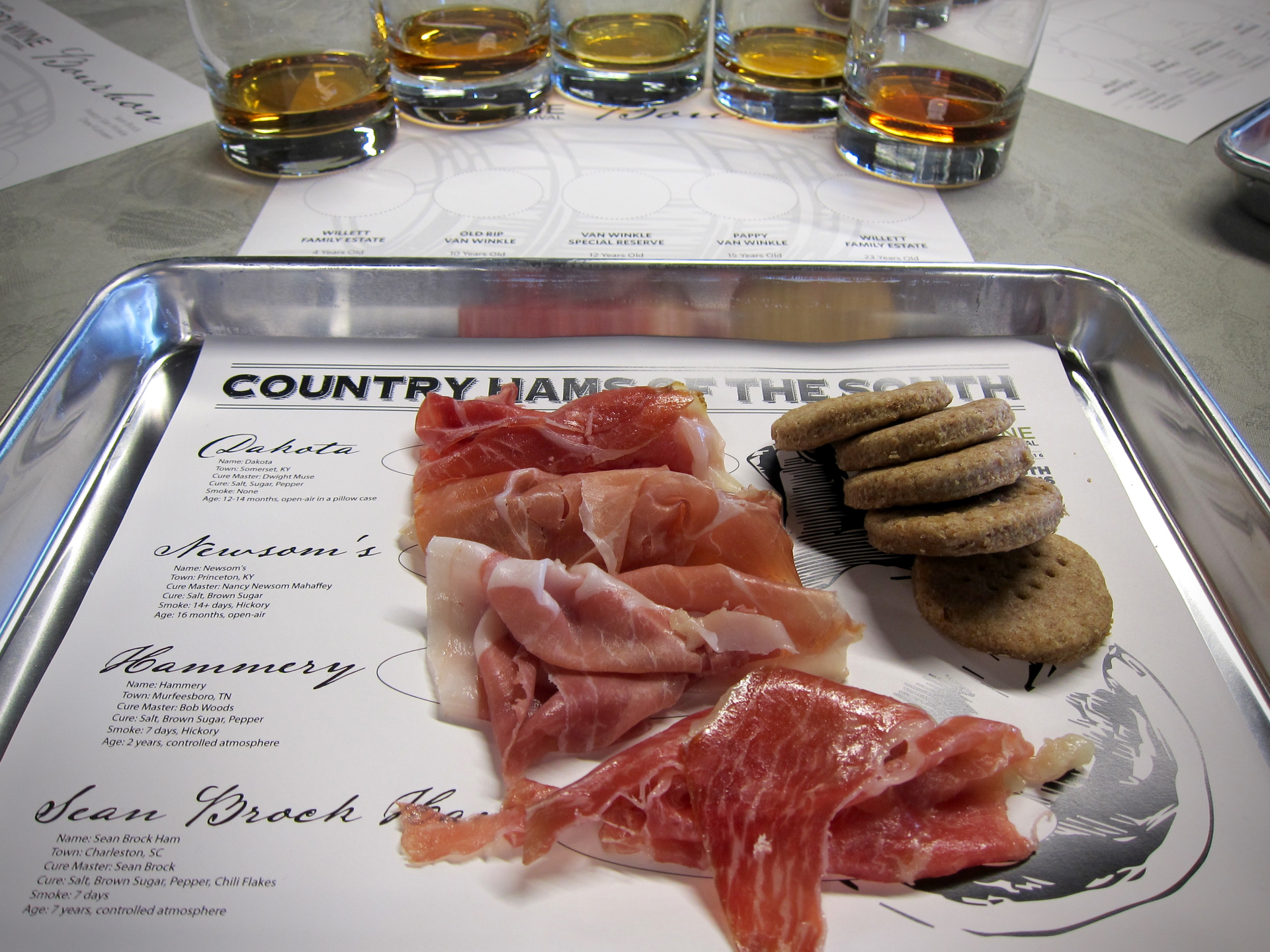 But then again, who needs cocktail recipe books when you've got this shirt?

We learned some shucking skills as Christiane Lauterbach exclaimed "Shuck away! Shuck away!" in the Fish (Boot) Camp session with Anne Quatrano, Daniel Chance, Souleymane Coulibaly, and David Carson.

Always a pleasure to see giant slabs of meat roll by, NBD.

Sensations had a lingering quality, like in the Exploration of Fine Country Ham and Bourbon session with Sean Brock. In his words: "Trust me. (In this session) you're gonna get intoxicated. You're gonna wake up puffy, like I do. And you'll smell like bourbon and ham, just like my house."

We ate cracklins (and liked it).
"Cracklins just sounds crunchy and crispy. And they are. Anyone who doesn't eat pork... get out! If you even shake my hand, it's got pork on it. " - Isaac Toups, of Toups Eatery, New Orleans, in Cracklings session.
Ever seen a kiddie pool-sized pan of paella? We took a dip in one from Fox Bros Bar-B-Q and a guy by the name of Roaming Rhino.
The Live Fire Tailgate area hosted by Fox Bros Bar-B-Q was a must see (or rather, taste) area each day. A whole pig, roasted red fish, lamb—something was over a fire at all times. These chickens reminded us of the swing ride at Six Flags.

There was a lot of Old World sophistication as well. Miguel Roquette of Portugal's Quinta do Crasto, producers since the 17th century, asked when we tasted port for the first time. His first? 3 weeks old. His son's—- an 1887 vintage port at 3 minutes old.


We learned a lot about the iterations of the South's secret weapon, Chatham Artillery punch, from cocktail historian David Wondrich. A large takeaway was the phrase, "Hard times make a monkey eat hot peppers."

How do you choose fish? "The first thing I check is how the fish smells. And, oh, this smells good." - Souleymane Coulibaly, of Bacchanalia, in Fish (Boot) Camp session with Anne Quatrano
Some folks flaunted their imperviousness to the heat during the tasting sessions:


Pro tip— this is a punch bowl: