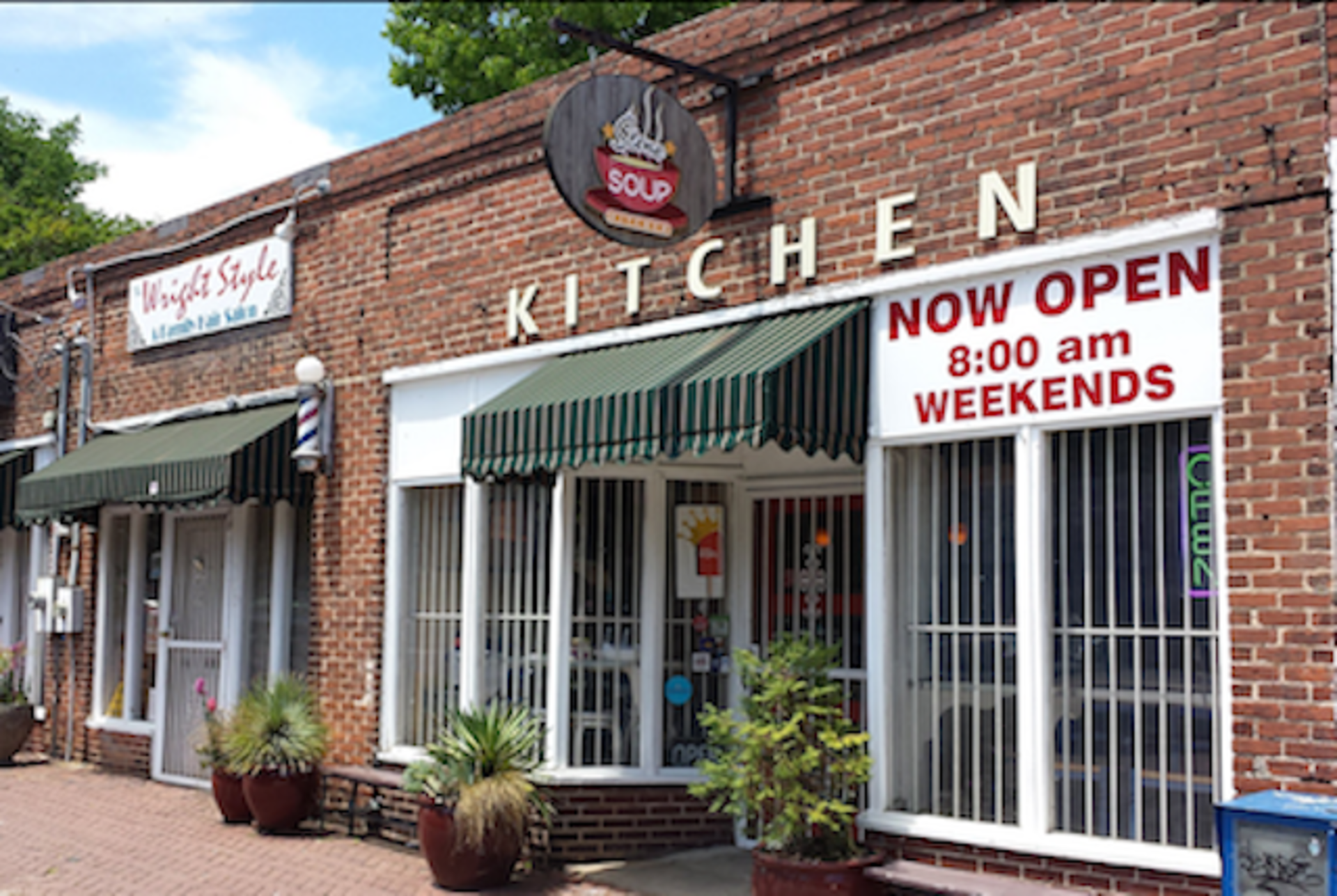 According to a press release, owner Sarah Rick received an eviction notice from Paces Properties on June 30 saying that the restaurant had 60 days to cease operations and vacate the premises. Stone Soup’s final day of service will be Tues., Aug. 23. Rick says that’s exactly 38 years to the day that the Emory University graduate opened a natural grocery store in Virginia-Highland, also named Stone Soup, that was the forerunner to the popular Grant Park cafe.

“It was a little bit like getting divorce papers in the mail when you didn’t even see a divorce coming,” Rick, who opened the restaurant in 2005, says in the release.

Of all the developers making bets on Memorial Drive in recent years, Paces has been the most active in its acquiring land along the once-industrial corridor that’s poised to become a strip of retail, residences, and restaurants. The company says it is investing more than $200 million in multiple properties — including Atlanta Dairies, a mixed-use project — along the once-industrial strip between Oakland Cemetery and the Atlanta Beltline.

Since purchasing the Woodward Avenue building in January, Rick says, Paces had apparently been seeking to increase rent “enough to make it completely unaffordable.” The owner says the restaurant would have had to rework its concept to make the new payment.

“As a tenant here, things have been iffy for about two years,” Rick says. “It’s a sad way to go out. Our 17 employees have taken the news well. I’m glad they at least have a little time to explore new opportunities.”

The press release says that, in preparation for her forthcoming retirement, Rick has spent the last two years seeking prospective buyers. She recently had a formal deal in place with another restaurant operator that likely would have kept the Stone Soup in its current location and the same name, the press release says. But that deal was contingent upon brokering an affordable lease with Paces.

In a statement, a Paces spokeswoman says Stone Soup “was not under a current lease” when the company bought the building in January. She says tenants’ rents needed to be “logically” increased to fund exterior improvements and building system upgrades. The commercial building that houses Stone Soup is one of several properties that Paces plans to spend $20 million redeveloping.

Rick says the restaurant will “continue to do everything we can to secure a future for Stone Soup Kitchen.”

ATL entrepreneurs and the spaces they call HQ | more...

Bhargava Chiluveru's mission to capture the spirit of Atlanta Article

image-1
While the Hawaiian alphabet only has 12 letters, five vowels and seven consonants, dishes with Hawaiian flair can leave you scratching your head. Yet the Hawaiians are on to something when it comes to BBQ, creating the most tender and moist pork using to the islands’ traditional kālua (KA-lua) baking method.