It's the holiday edition of the monthly weeknight party Hot and Sticky, fashioned from the candy-caned brain of Sarah Mincher. The CL Lust List cover girl is a blogging barista by day, bedazzled party promoter and overseer of her sassy Sorry, Darlin accomplices by night. Her darling shorties are the type of sugar-buzzed girls to tweet "tittyz" with a "z" after they Rophenol your cupcake.

Just inside the lounge, a bartender exhales Bacardi 151 flames in the air. His fire-breathing melts the hearts of a nearby group of gay goths while the straight guys at the bar hone in on the red panties riding up the crack of one of Santa's sexy helpers. Techno beats and laser beams battle Duran Duran. It's going to be a bizarre night.

Although the shotgun bar bears an East Atlanta Village address, Eastside Lounge looks more like a dirty discotheque on whatever planet birthed the alien Lil Wayne. A far cry from its fancier origins as the Fountainhead Lounge, it has long since morphed into a younger tatted-up lounge complete with skateboard parking. Ayn Rand is probably rolling over in her smug grave. Questionable artwork only a meth-head could love is splattered across the red walls. Underneath, an odder assortment of misfits hang.

One flamboyant gentleman who calls himself Edward Scizzorheads — naturally, his haircut is jacked-up — says he's from L.A. Could he mean Lower Alabama? someone inquires in jest.

"Uh, no," he says, matter-of-factly. "I live in Hollywood. Have a nice day." And off he goes in disgust, showcasing the oversized Chanel logo trimmed in the back of his head.

It's 1 a.m. and the crowd is crammed into the small upstairs platform for the night's holiday-themed main event. The naughty girls of Minette Magnifique burlesque troop are supplying the stickiness with a performance full of pasties and plumpness in all the right places.

As DJ Cristo Disco resumes the techno battle on the dancefloor to the cheerful delight of the crowd, the only thing missing is the sound of sleigh bells and Rudolph the hot-pink unicorn to whisk Ms. Mincher and her crew of fantasy fashionistas away. 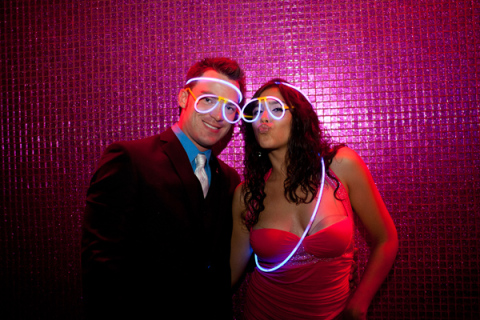