Opinion - We all lose if drilling comes to Georgia's coast 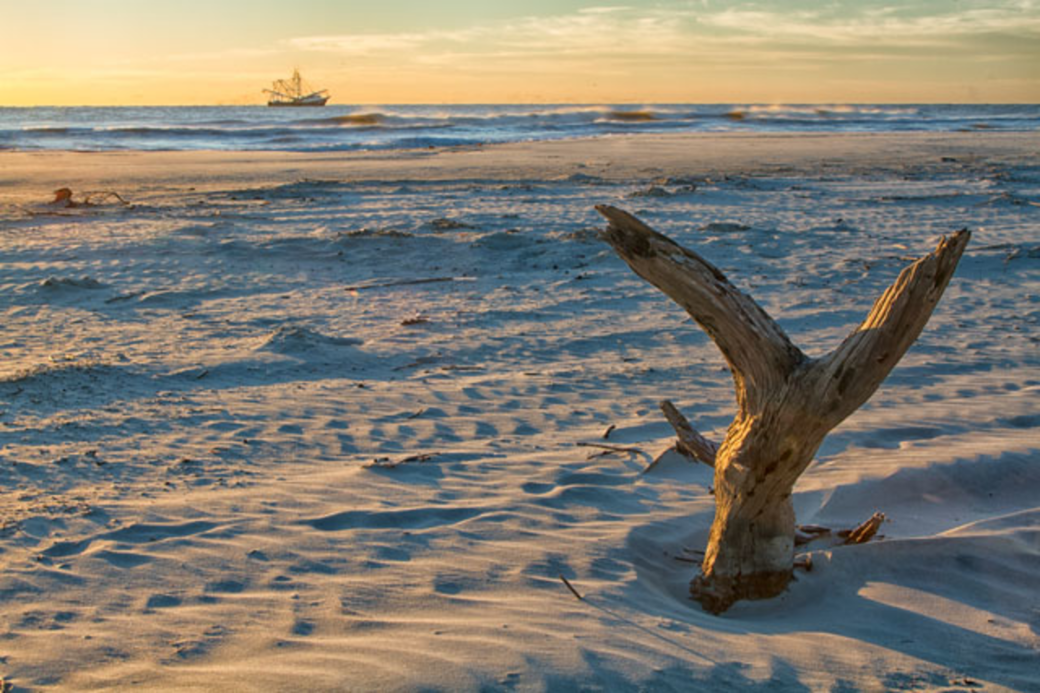 In late January, President Barack Obama unveiled plans to allow oil and gas drilling on the Atlantic Coast's outer continental shelf. Georgia has much at stake if this occurs. The state, home to a 100-mile coastline, about a third of the Eastern Seaboard's remaining salt marshes, and one of the nation's largest intact maritime forests (on Cumberland Island), could be harmed. Coastal tourism, which generates billions of dollars of revenue in Georgia, could also be impacted.

It took constant pressure from citizens across our state for the Bureau of Ocean Energy Management, the federal agency that would oversee the drilling effort, to agree to a public meeting in Georgia to discuss the proposal. A public meeting eventually took place March 24 in Savannah. It's a testament to the passion of the many individuals and organizations that care about our 100 miles. Our coast cannot speak for itself. So we showed up to speak for it.

We came from all over and from all walks of life — homeowners, tourism professionals, business owners, environmental enthusiasts, whale lovers, dolphin lovers, turtle lovers, sportsmen and -women, and beachcombers. These are people who love and appreciate our coast's significance to the world.

Gray's Reef, an impressive 22-square-mile national sanctuary and one of largest near-shore live-bottom reefs off the southeastern United States, lies not far from Sapelo Island. Cumberland Island National Seashore and federally managed Blackbeard, Wolf, and Wassaw islands also provide critical refuge for protected species. Our coast has a vital ecosystem that requires proper protection from the people seeking to profit off its oil.

We are outraged that the lives of Georgia's endangered North Atlantic right whales, along with dolphins, fish, and other species, would be put at further risk from seismic exploration and drilling activities. The cities of St. Marys and Tybee Island passed resolutions decrying seismic testing as a dangerous practice that is too risky for our coastal wildlife.

We are concerned for the security of military operations situated on the Georgia Coast. The U.S. Department of Defense manages nearly 270,000 acres along Georgia's coast including marshes, wetlands, and uplands. St. Marys is home to the naval submarine base Kings Bay. Its facilities are essential to our national security and our regional economic development, so we must avoid operational conflicts between military operations and offshore oil and gas development.

The period for public comment ended on March 30. But our conversation must continue in the coming months.

BOEM's own report estimates only 550 million barrels of oil are available off the south Atlantic Coast. This is only enough to meet one month of domestic demand, with a near-zero net social value for our country. The report follows past statements from the U.S. Department of Energy — under presidents Obama and George W. Bush — that oil and gas reserves off the entire East Coast aren't significant enough to impact consumer prices at the pump or reduce our dependence on overseas supplies.

This plan likely won't help create more jobs for Georgians. The oil industry would pose a potential threat to workers who already make a good living in local tourism and fisheries. Residents from outside the state could receive the new oil drilling jobs, given the work's specialization.

Will the oil and gas industry ensure our communities' health for future generations? Probably not. Oil drilling operations have shown disregard for safety precautions that have resulted in catastrophic environmental disasters. Look no further than the 2010 BP Deepwater Horizon oil spill.

Georgia's elected officials and community leaders still have the power to influence the U.S. Interior Secretary's final decision, which is expected sometime in 2016. Political pressure helped keep Florida out of BOEM's draft plan — more than 30 Florida communities issued statements against the proposal. Georgia needs to do the same. With enough input from our citizens and scientists, federal officials will understand the significance of Georgia's coastal resources. With enough voices, they'll realize that the health of our communities far outweighs the minimal economic benefits we might gain from opening our coast for oil and gas development.

Our Georgia coast is not a commodity that can be bought and sold. It's not a political chip. The coast is a unique, intricate, and delicate part of our world that we're privileged to share. It's our home — our parents' home, our children's home. And it will be home for generations still to come. Let's keep offshore drilling off our coast.

Alice Keyes is associate director with One Hundred Miles, a coastal conservation organization dedicated to preserving and protecting the Georgia coast.