We're not in good hands with Hudgens as insurance regulator 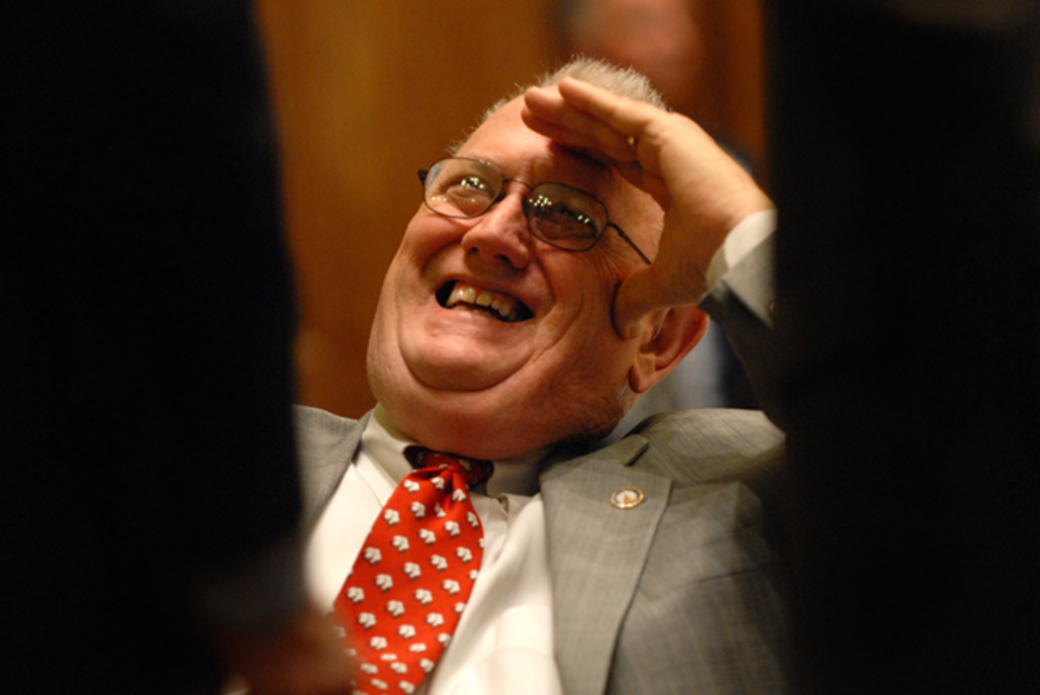 If you have the misfortune of owning a car in Atlanta, you might have felt a case of sticker shock in the last few months.

According to the Atlanta Journal-Constitution, Georgia last year had the dubious honor of seeing the highest auto insurance hikes in the country. Part of that increase, insurance companies have told the media and policyholders who wonder why they're paying higher premiums despite no recent claims or moving violations, is because of bad weather and wrecks. The improving economy is also apparently to blame, as more people driving means more accidents.

But one man also plays a role: Insurance Commissioner Ralph Hudgens. Anyone looking for a walking, talking reason why Georgia needs campaign finance reform should look no further than Hudgens, a cartoon of a politician who's cozy with special interests and apparently has little concern about myopic, partisan views guiding him on important decisions that affect millions of Georgians.

It's the job of Hudgens, who earned more than $120,000 last year, to scrutinize the rate requests of insurers, some of which posted profits in the billions of dollars. But the Republican commissioner is a busy man. He says he can't be bothered to trifle with requests to raise policy premiums less than 10 percent. The statewide elected officer has delegated that responsibility to a staffer in his office.

"If the staffer had to bring every rate increase into my office, I wouldn't be able to do what I am going to do today," Hudgens told the AJC in June. "And that is to go down to the 'Big I' (insurance agents) convention and then from there go straight to the industrial loan convention."

When not providing fodder for news articles, Hudgens enjoys parroting the party line about controversial issues that affect millions of Georgians, including the Affordable Care Act.

In 2013, when states across the country were preparing for the ACA to take effect, Hudgens actually bragged to a GOP crowd that his department would do everything in its power to be an "obstructionist." He also said he hoped the law, which would provide 1.8 million Georgians with easier access to health insurance, would "implode." Hudgens has also compared people with a pre-existing medical condition, such as cancer or type 2 diabetes, and who under the old system had difficulty getting covered with a policy, to irresponsible drivers.

Hudgens, who says he is a prostate cancer survivor, later apologized for the verbal gaffe. And he later explained — around re-election time, of course — that he "was talking to a Republican group and I was throwing them some red meat" when he promised to be an "obstructionist."

Residents should have seen this trainwreck roaring down the tracks. As a state senator, he chaired the upper chamber's Insurance Committee, and carried legislation that was friendly to the industry, such as a measure that would allow insurance companies to not cover mammograms. He also penned a ridiculous and unnecessary bill inspired by Nadya "Octomom" Suleman that would have limited the number of embryos a woman could have implanted by fertility clinics.

Considering the penchant some Georgia voters have for re-electing Republicans on party affiliation alone, poor leadership be damned, it's no wonder why Hudgens is in office. In 2014 he won nearly 55 percent of the vote. Four years prior he received almost 54 percent of the vote.

Yet we think it's partly thanks to the campaign contributions from the insurance industry that he's stayed in power. Nearly two-thirds of Hudgens' $2.1 million in campaign contributions in 2010 and during his re-election, the AJC found, came from people who work in or are affiliated with the insurance industry — the same one he regulates. Industry lobbyists lavished more than $12,000 in perks on Hudgens over the course of the past nine years, the paper found. They even helped to pay for one of his convention trips.

Accepting that cash does not violate the law or even ethics rules — look at the campaign disclosures of Public Service Commissioners, who regulate utilities, or any state lawmaker. But that doesn't make the practice any less odious. Lawmakers can swear all they like that the cash doesn't sway their judgment or policy decisions, but the appearance alone casts a cloud on their time in office.

The saddest news is that Hudgens won't face re-election until November 2018, leaving plenty of time for insurance companies to once again come groveling, hat in hand, asking for another rate hike. Maybe the insurance commissioner could give the convention circuit a break and actually do his job.

What Hudgens does matters — in some cases more than what a state representative or senator decides. Health insurance for some people can literally mean the difference between life and death. Every person behind the wheel is required by law to have basic auto insurance. Both come with a price tag that can cost thousands of dollars per year.

Hudgens, who, according to his most recent financial disclosures, has a net worth of $8.2 million, might not flinch when his rates rise. But many Georgians do. They put trust in him to keep watch. He should fight for their interests — not corporate ones.