Things to do for the next 12 months in Atlanta 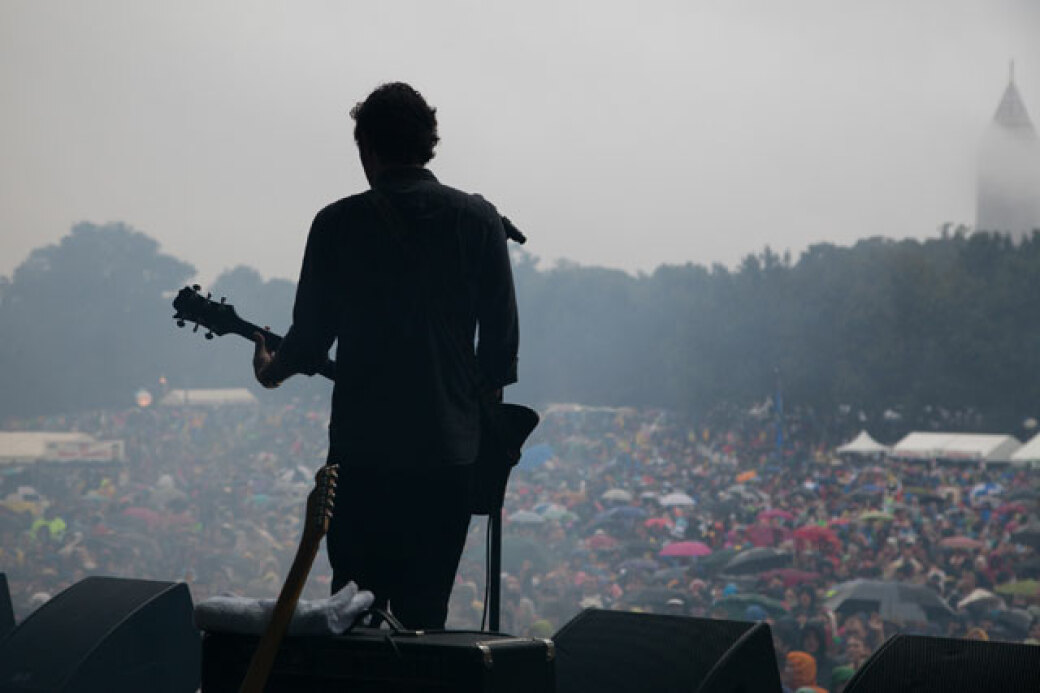 This two-day beer extravaganza features more than 300 brews overflowing from the Masquerade and into its Music Park with vendors set up in heated tents. In addition to pours of local and national beers, expect live music, food trucks, and other assorted vendors. www.atlantawinterbeerfest.com.

Marching band culture in Atlanta is as common and celebrated as good barbecue (see: Drumline). The Honda Battle of the Bands is like the Super Bowl for Historically Black Colleges and Universities and their beloved bands. Whittled down from 40 competitors, eight of the nation's top HBCU bands duke it out for on-field bragging rights. You'll be doing yourself a favor taking in the choreographed audio tussles. www.hondabattleofthebands.com.

The Atlanta Jewish Film Festival is a nearly monthlong cinematic celebration of the Jewish community. Founded in 2000, AJFF ranks as the largest film festival in Atlanta, and second-largest Jewish film festival in the United States, featuring an international collection of narrative and documentary films that explore the Jewish experience. In addition to the film screenings, enjoy guest appearances by filmmakers, actors, authors, academics, and other expert speakers. www.ajff.org.

The celebration of civil rights hero and Atlanta native the Rev. Martin Luther King Jr. takes place annually on the Monday following King's birthday (Jan. 15). The day starts with a commemorative service at Ebenezer Baptist Church and continues with a march through Downtown along Auburn Avenue that ends at the King Center. www.thekingcenter.org.

The annual BaconFest benefits Atlanta's beloved Dad's Garage Theatre and sizzles with bacon, beer, bacon, music, and a whole lot more bacon. No, seriously. Organizers expect to go through roughly 2,250 pounds of the crispy, crackly good stuff each year. While you're there, indulge in special tastings from local vendors, which in past years have included Frozen Pints, Wrecking Bar, the Vortex, Happy Hour Confections, and more. The event also boasts its own take on carnival-style events such as dirty face painting, a sanitary kissing booth, and more. Oh, and Kevin Bacon showed up to the event in 2012. What's not to love about that? www.dadsgarage.com.

Taking place the last full weekend in April each year, the Inman Park Festival is one of Atlanta's most beloved events. Check out the tour of homes, live music, dance festival, arts and crafts market, and definitely the parade with all of its gloriously weird floats. www.inmanparkfestival.org.

It's more or less a fact that you can't go wrong with free jazz music. Produced by the Mayor's Office of Cultural Affairs, the Atlanta Jazz Festival is a monthlong celebration featuring both established and up-and-coming acts in the genre, culminating Memorial Day weekend with performances in Piedmont Park. From International jazz superstars to local artists looking to make a name for themselves, the fest might be one of the best free tickets in any city. www.atlantafestivals.com.

This tasty weekend offers a multitude of food and drink experiences showcasing Southern culinary traditions, including learning experiences such as cooking and cocktail classes, tasting seminars, and panel discussions; tasting tents; and dinners and events around the city. www.atlfoodandwinefestival.com.

Arguably one of the best collections of rock, post-punk, and folk music in the country, the Shaky Knees Music Festival has become one of the most popular annual music events in the city. Whether it's the Alabama Shakes or the National, acts new and old are sure to make a stop on the main stage at some point during festival season. www.shakykneesfestival.com.

It's probably clear by now that Atlantans love a good neighborhood festival. And there are plenty of 'em throughout the year because your neighborhood has to be the best, you know? Va-Hi mixes it up with a Summerfest 5K Road Race and Tot Trot to complement the standard local artist market, Atlanta restaurant vendors, and live music by renowned local and national musicians. Proceeds benefit the Virginia-Highland Civic Association. www.vahi.org/summerfest.

From its humble beginnings in 1970 as a group of 110 runners, the Peachtree Road Race has grown into the world's largest 10K. Every July 4, more than 50,000 participants line up for the 6.2-mile haul to the finish line and a coveted Peachtree Road Race T-shirt. Spectators, radio stations, and restaurants line the roadway to cheer on runners and walkers with music, beer, and water. www.peachtreeroadrace.org.

Bask in the glory of summertime's favorite fruit that tastes like a vegetable at JCT's Attack of the Killer Tomato Festival. The city's best chefs are paired with a local farmer to create tomato-inspired dishes, while Atlanta's best bartenders come up with creative cocktails featuring — you guessed it — tomatoes. At the end of the day, judges and festival attendees choose the best tomato drink and dish. www.facebook.com/attackofthekillertomatofestival.

As the largest independent book festival in the country, attendees can mingle with 300 world-class authors at book signings, readings, and soirées. Past keynote speakers have included former U.S. Poet Laureate Natasha Trethewey and Congressman/civil rights icon John Lewis. The keynote is free, but tickets go quickly. There are tracks for young adult books, cookbooks, political nonfiction, experimental poetry ... basically everything. This annual Labor Day weekend event is the biggest and most popular book event of the year, every year. www.decaturbookfestival.com.

Stay shady in a good way at the Grant Park Summer Shade Festival. The giant beech, maple, and oak trees that live in Grant Park create just enough shade to keep everyone at the festival comfortably cool. Featuring a bountiful artist market, several stages for live music, and a diverse mix of fair food and local food trucks, the Shade Festival is the culmination of everything great about summertime in a city of trees. www.summershadefestival.org.

Music Midtown once reigned supreme as the festival in the ATL — period. After a brief hiatus in the early 2000s, Music Midtown has made a slow and steady comeback, and still gets the good folks of the city excited even though the production has been scaled back to fewer acts and a day shorter than the three-day extravaganza it once was. You could travel over to Tennessee for Bonnaroo or seriously dent the bank account heading out to Coachella, but you'll find lineups offering the same musical diversity right here in the city. www.musicmidtown.com.

The annual festival of hot rods, rock bands, and cult movies combines the spirit of a tailgate party with a greaser drag race. In 2014, the event moved from its longtime home at the Starlight Drive-in to the Braves' Turner Field turf. Daylight hours bring classic car shows and a slew of rockabilly bands. At dusk, the movies start, usually featuring cult classics and beloved throwbacks. www.drive-invasion.com.

In honor of its annual Best of Atlanta issue, Creative Loafing celebrates the best people, places, and things the city has to offer. Mingle with Best of Atlanta winners, nibble on bites from beloved local restaurants, dance to the sounds of ATL musicians, and feast your eyes on artistic works from the city's creative class. www.clatl.com/bestofatlanta.

The annual Atlanta Pride Festival, the largest Pride event in the Southeast and the largest event in the country to coincide with National Coming Out Day, celebrates all things LGBT. The festival weekend is jam-packed with a kickoff party and the annual Pride Parade, as well as arts, vendors, parties, and other festivities. www.atlantapride.org.

The Little Five Points Halloween Festival is a daylong celebration of all things Hallo-weird. The much-anticipated fest is one of the city's best and packs Atlanta's eclectic neighborhood with music, food trucks, a killer artist market, tricks, treats, debauchery, and, of course, the annual parade featuring morbidly decorated floats carrying candy-tossing and music-playing ghouls through the streets of L5P. Throw on your best costume and get there early. www.l5phalloween.com.

An acronym for All Three Coasts, the A3C Hip-Hop Festival features arguably the largest collection (500-plus performances) of hip-hop acts in the country. Expanding exponentially every year since its 2005 inception, A3C is a fusion of good music, education, art, film, style, and industry panels. If every hipster music lover travels to Austin for SXSW, hitting up ATL for A3C is a hip-hop head's obligation. www.a3cfestival.com.

Every fall, a chili-hungry crowd descends on Cabbagetown Park for the annual Chomp and Stomp Chili Cook-Off Festival, featuring the Romp and Stomp 5K race, live music, artist market, games, and, of course, copious amounts of chili. There's always tons of the stuff, but this is a popular festival so be sure to get there early before they run out. If you miss out on the chili, food vendors will be on site to make sure no one goes hungry. www.chompandstomp.com.

The annual market features crafters, artists, and small businesses that produce handmade and indie goods. Everything from seasoned gourmet salts to silk-screened T-shirts and handmade jewelry to original works of art will be for sale. Also catch music, a photo booth, food and drinks, and a swag bag designed by a local artist. www.ice-atlanta.com.

The Chick-fil-A Peach Bowl is the ninth-oldest bowl game in the country and hosts the longest-running rivalry series between the Atlantic Coast Conference and Southeastern Conference. Come for the game and check out the plethora of events leading up to and following the battle on the gridiron. www.fanacts.com.

New York's got the ball, and since 1989 Atlanta has had the peach. On New Year's Eve, thousands of Atlanta residents and tourists descend upon Underground Atlanta to watch the giant peach drop. The big shebang has featured entertainment from Janelle Monáe and comedian David Koechner to Collective Soul and Sister Hazel. www.peachdrop.com. 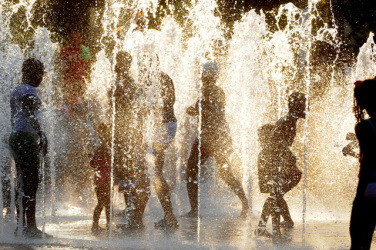 The best thing to come out of the 1996 Olympics is this stately public plaza with dancing fountains, cool light towers, and a variety of spring and summer music series. A redesign of the park is in the works as part of the city's larger re-envisioning of Downtown. | more... 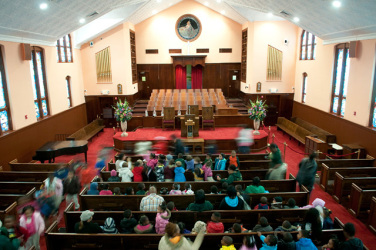 The historic church sanctuary where the young Martin Luther King Jr. was baptized and later preached with his father is open for tours seven days a week. | more... 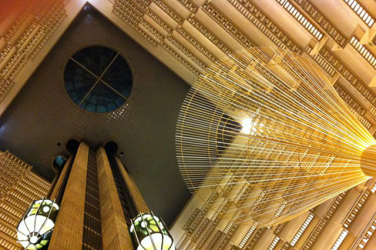 With its signature blue dome, the Hyatt Regency has been a landmark since its grand opening on Peachtree Street in 1967. In 2011 the hotel completed a $65 million renovation, and in 2014 it reopened the Polaris Restaurant and Bar. The rotating restaurant sits like a glowing cherry on top of the 22-s... | more... 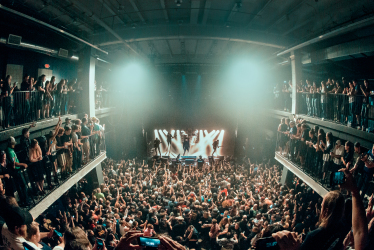 Tucked away in the Kenny's Alley section of Underground Atlanta, the Masquerade is Downtown Atlanta’s most revered music venue. Over the last 30 years, the club has set the stage for a variety of musical performances, ranging from punk, hardcore, hip-hop, and heavy-metal shows to goth/industrial, el... | more... 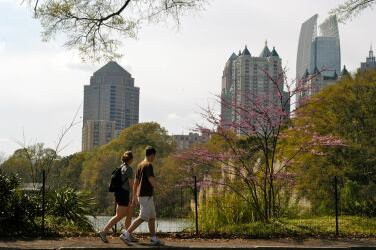 The 200-plus-acre park with tennis, walking trails, and a pond has been Atlanta's place to go on a Sunday afternoon since it was first purchased by the city in 1904. Piedmont Park added 13 acres in 2013 and unveiled a collection of new entrances. The add-on near the intersection of Piedmont Road and... | more... 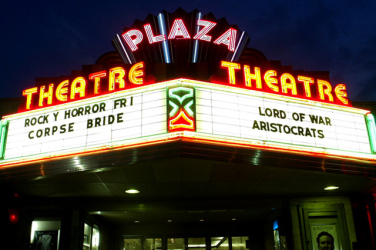 The beloved, long-running cinema in Poncey-Highland continues to screen movies and host film festivals. First opened in 1939, the Plaza Theatre has undergone a series of renovations in recent years. | more... 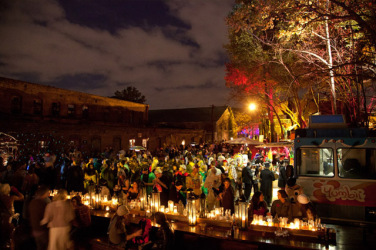 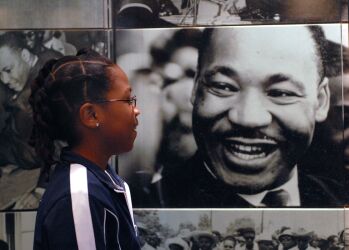 The crypt for King and his wife, Coretta Scott King, is located outside in the stately plaza, but there’s not much else to see here. | more...

CL's guide to the sloppiest holiday | more...
Search for more by CL staff