CityGuide - Atlanta according to Nick Grant 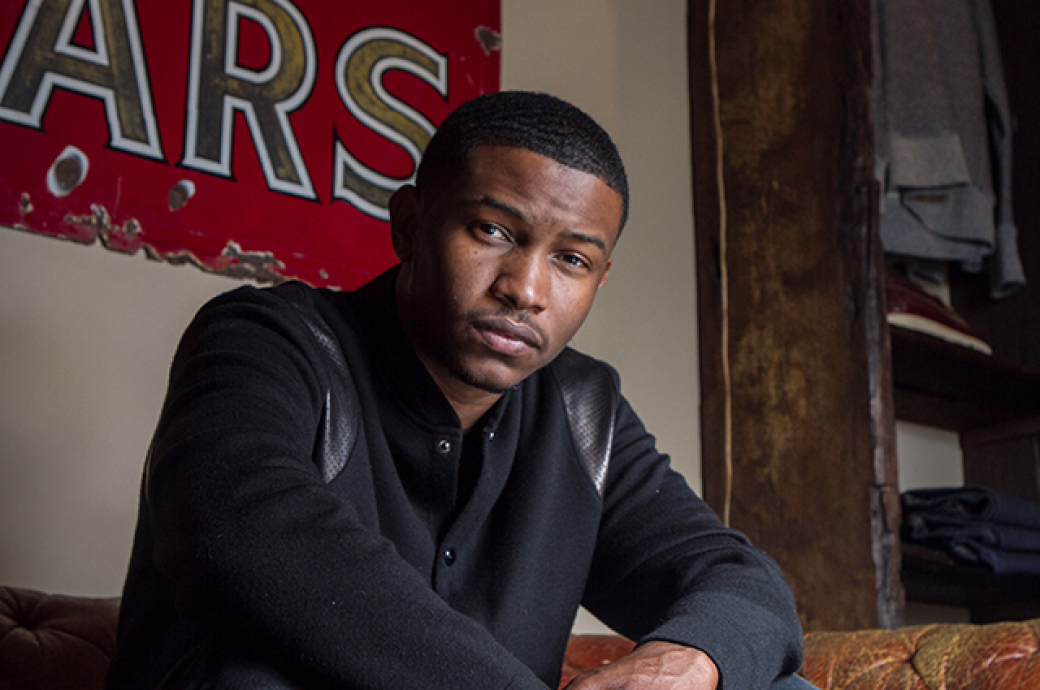 When three of the most successful groomers of Atlanta hip-hop talent come together like Voltron to boost your career, you must be something special. Such is the case for Nick Grant, the rising MC signed to Culture Republic, the imprint started by Jason Geter (T.I.) with partners Chaka Zulu (Ludacris) and Bernard Parks Jr. (Cee Lo, Goodie Mob). After stunting on "Sway in the Morning" last year with a killer freestyle that left the industry buzzing, he recently dropped his latest mixtape, '88. Now touring with Dave East, he's set to hit stages around the country after performing in Atlanta last week. Although he calls South Carolina home, Grant stakes equal claim to Atlanta. How could he not when he graduated from the same alma mater as Dr. King?

I love to go to the top of Stone Mountain and sit by myself to think deep thoughts sometimes. Another place for me is the studio, too, that I'm always at in Roswell. So I go out there and gather my thoughts.

I opened for Big K.R.I.T. at the Masquerade, so that's my favorite place to perform so far in Atlanta.

There's inspiration everywhere, so there's no place I would ever advise someone to avoid in Atlanta.

I love Atlanta but I have to represent South Carolina cause that's home. My best memories came from there, all my childhood memories — memories of my grandparents and all my family. It's kind of hard to turn my back on that. But I'm still Atlanta 'cause I've been here for so long, Even among natives, I feel like I'm more Atlanta than some of them because when they talk about where they went to school I'm like, "Yo, I went to Washington High School in the heart of the city. There's nothing you can tell me about Atlanta."

The best advice you could give an Atlanta visitor is to take advantage of the opportunities, especially musically. I feel like Atlanta has been the mecca of hip-hop for so long; the South has held the crown and Atlanta, specifically. There are so many things to take advantage of. I met CyHi da Prynce at the Bench, where he saw me perform. We built from there and ended up collaborating on "Royalty," which is like the first [record] people ever heard.

The first three words that come to mind when I think of Atlanta are opportunity, hip-hop, and experience.

I don't have a favorite neighborhood in the city. I be everywhere, man. I'm in Mechanicsville a lot with one of my good friends. I always pull up out there and get a lot of love. I grew up off Northside Drive, all in that area. I've lived everywhere in Atlanta, though: College Park off Godby Road, off Northside Drive, off Shallowford Road. I lived in Lithonia. Buckhead. I've lived so many places in Atlanta; Marietta. I moved around a lot.

The weirdest thing about Atlanta is how people say they love it so much, but they still don't give it the credit it deserves from a hip-hop standpoint.

It's a little easier for Southern rappers nowadays. Before OutKast and UGK and Scarface, it had never been done so they had more to prove in that way. But now that we have all these legendary people, we have something to build off of as far as carrying the torch.

The most impactful thing that ever happened to me is I met two of my favorite rappers, my biggest influences, Andre 3000 and Nas. I hate telling people this 'cause they never believe me but he was like, "Yo, if we do a record you're gonna make me rap better than I ever rapped." So that was dope.