CityGuide - Atlanta according to Nadine Graham

Don't let the Brooklyn flavor fool you, she reps the A all day 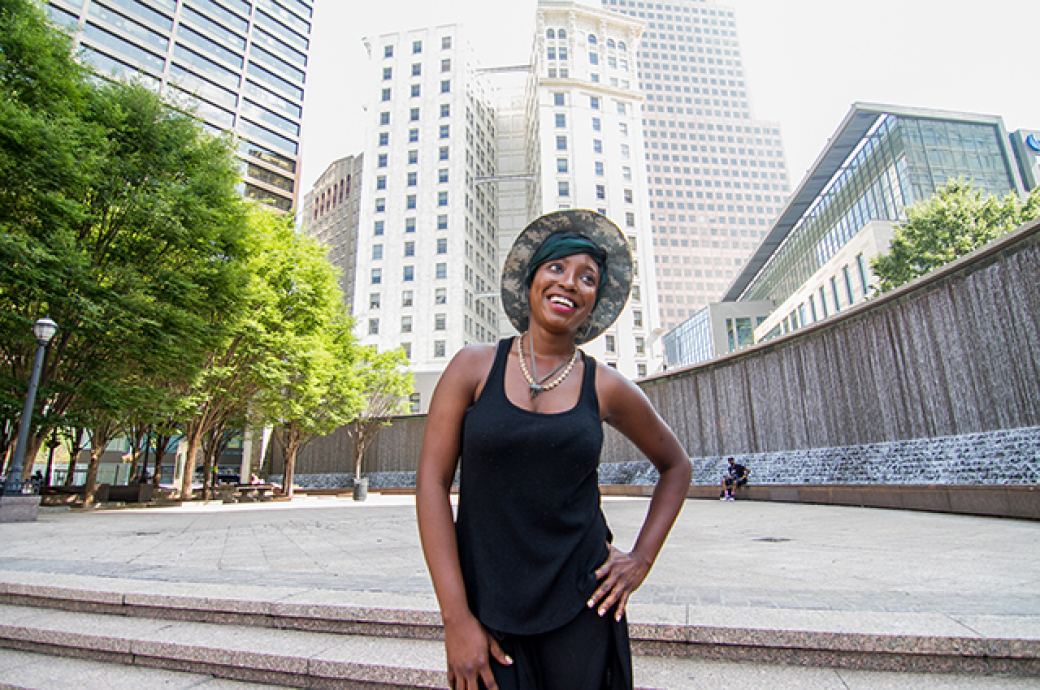 When Brooklyn native and hip-hop head Nadine Graham moved to Atlanta to attend Georgia State University in 1999, Southern rap was the furthest thing from her mind. Then a classmate introduced her to Pastor Troy. "I fought it for maybe a week," she admits, before becoming immersed, like, "Damn, I totally get it." Today, the tastemaker reps the city (and the South) like no other via her five-year-old hip-hop blog with the decidedly East-Coast brand name: Mad Fresh Daily. Though her New York accent is still thicker than fat laces on a pair of Pumas, she's best known for handpicking and highlighting nascent rap talent below the Mason-Dixon. And when she's not contributing critical flavor to Revolt TV, Billboard, and other national media outlets, you're likely to find her stuck in ATL traffic bumping tracks from her new mixtape series Cruise Control with DJ Bently.

Tabernacle is the best place to see a live show in Atlanta. I think the last show I saw there was ColleGrove with 2 Chainz and Lil Wayne.

The Fairlie-Poplar District is my favorite place to go when it is really hot. It's just something about being down there in the heat. The way it's set up reminds me of home. I like to walk around down there.

The swing by the lake in Piedmont Park is my favorite spot in the city to think deep thoughts by myself. I sit there and look at people and get lost in my thoughts.

The rooftop at the Republic is my favorite place to go chill in Atlanta. If you go in the evening, the sun is setting and the Gold Dome is glowing. It's just nice. You can go upstairs with a drink and just kick it.

Cobb County is the place I would advise someone to never go in Atlanta.

The best advice I could give Atlanta visitors is to always leave the house at least an hour early. I struggle with that. I'm late everywhere and I'm working on it. Even my kids know, mommy's always late.

My kids are so bougie. They like to go to Yeah Burger and Westside Provisions. And then the best place to take the kids is Centennial Park for the sprinklers.

The first three words that come to mind when I think of Atlanta are accents and gold teeth. Is that bad? I think it has to do with the era I moved down in. When I see the gold teeth, I expect the Southern accent 'cause when I moved down that was the era when everybody had golds. Everybody. But it was dope.

Belvedere Park in Decatur is my favorite neighborhood. Are you familiar with O'Riley's off Covington Highway? The people that read this will be like there's nothing to do over there. But that's my favorite neighborhood because it almost feels like being home on the block. You have people over there that work hard, they come home, they go to the New Orleans Seafood spot, they get their crab legs, they might have a drink later on at O'Riley's. There's a flea market down the street where you can pretty much get whatever little trinkets you want. There's the breakfast spot, Demitri's, right there. They've got good turkey bacon. It's just chill to me; it's hood as hell but I don't feel out of place.

The Jamaican restaurant Jamrock is my favorite spot that not a lot of people know about. I like it because it's the kind of spot you can just pop in. It's not fancy at all; almost like a little hole in the wall. And the curry goat is pretty consistent and that's my favorite dish. Oh, and they make roti, too. I swear to you I haven't had roti consistently this good since I moved down South until I started going there.

Killer Mike is my favorite living Atlantan. Whenever I've interviewed him, it transcended talking about whatever project he had coming up. I literally learn from him every time we speak. And it's beautiful to see somebody so young and fiery. When he believes in something, he believes in it. We need that. He's dope.

That everybody wants to rap is my biggest pet peeve about Atlanta. Everybody's a rapper, everybody's in the industry.

I know Nick Grant isn't technically from here, but he attended high school here and is based here, so he's my favorite current Atlanta rapper. He's got it. Whatever it is, for us old heads. That guy is phenomenal. He knows what he's doing and he's young, so that gives me hope that what we grew up on isn't lost. Somebody was listening.