First Slice 6/13/17: Rainbow crosswalks to be a permanent fixture in Atlanta 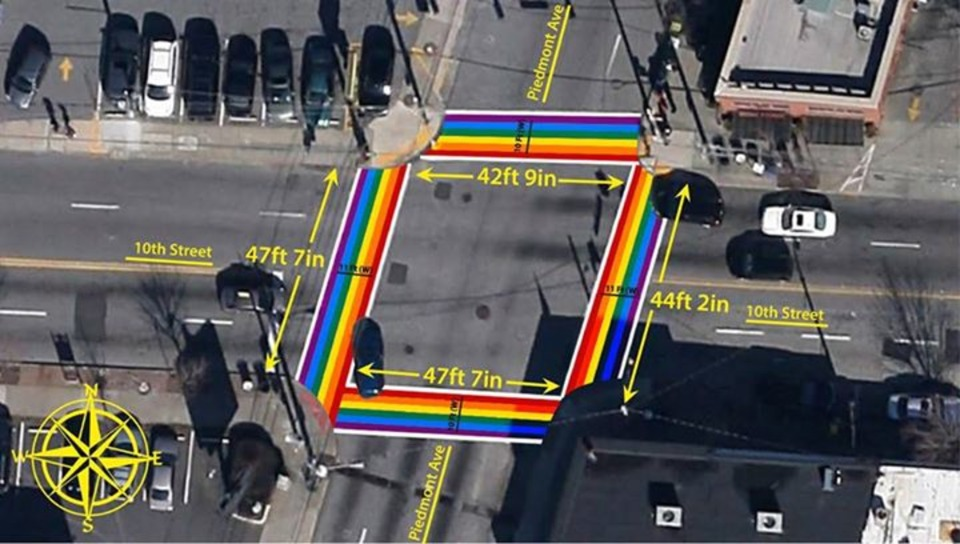 Photo credit:
Proud: Mayor Reed announced yesterday the city would install permanent rainbow-painted crosswalks at the corner of 10th Street and Piedmont Avenue. The move comes after advocates garnered more than 22,000 signatures on an online petition in support of the move. Georgia's future ain't looking so bright: A new report found that the Peach State ranked 42nd in the country in the well-being of its littlest citizens. Got 'em: Effective today, DeKalb's Sheriff Jeffrey Mann is on suspension for getting caught showing off his goodies last month in Piedmont Park.Welp: Actor Michael B. Jordan and director Ryan Coogler are teaming up again to make a movie about the Atlanta Public Schools cheating scandal. The script will be penned by Ta-Nehisi Coates.Meanwhile: It appears Russian hackers hit voting systems in a total of 39 states, making the cyberattacks during the 2016 election much more widespread than previously thought. In related news: A friend of 45's says he believes the president is considering firing the independent guy who was hired to investigate his campaign's Russia ties. Sound familiar?

Veterans Day 2020 is November 11th | more...
Search for more by
[Admin link: First Slice 6/13/17: Rainbow crosswalks to be a permanent fixture in Atlanta]