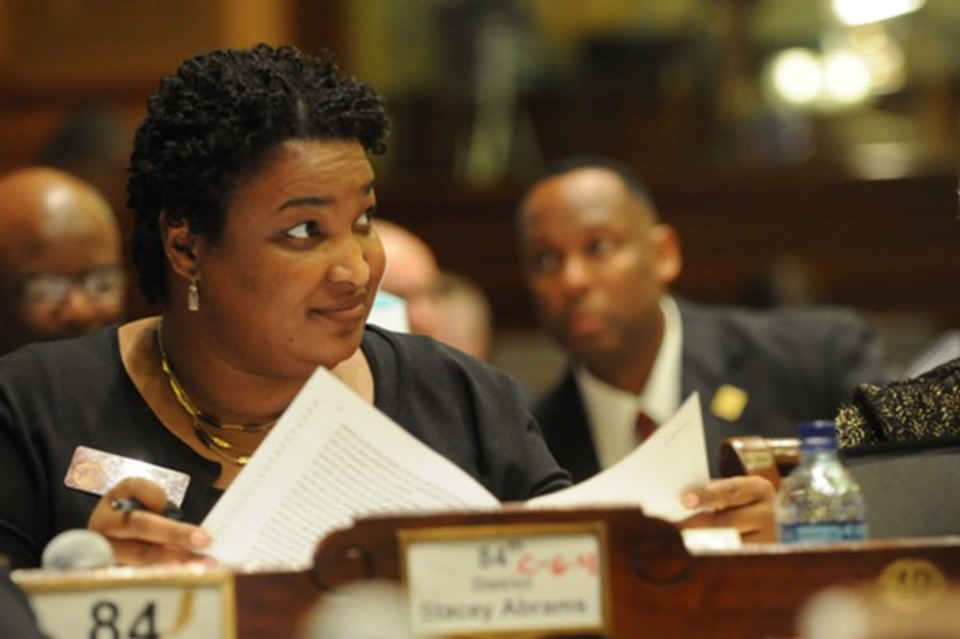 Photo credit:
Rep. Stacey Abrams, who's running for governor, announced yesterday she is stepping down from her role as minority leader in the state of House of Representatives, effective July 1 to concentrate on her campaign.Mask Off: The fake Percocet pills that have been attributed as the cause of several overdoses in middle Georgia have been identified by GBI. They contain a mixture of some scary shit: synthetic opioids cyclopropyl fentanyl and U-4770.Shots were fired this morning at a congressional baseball practice in Virginia. Steve Scalise, majority whip of the House of Representatives, was one of the victims but is said to be OK. The gunman, described by witnesses as a middle-aged white man, has been arrested.Stay alert: There's still a manhunt going on for two escaped prisoners who overpowered two correctional officers yesterday morning in Putnam County and shot and killed them. No comment: That's what Attorney General Jeff Sessions had to say in response to a number of questions during his testimony yesterday in front of the Senate Intelligence Committee.