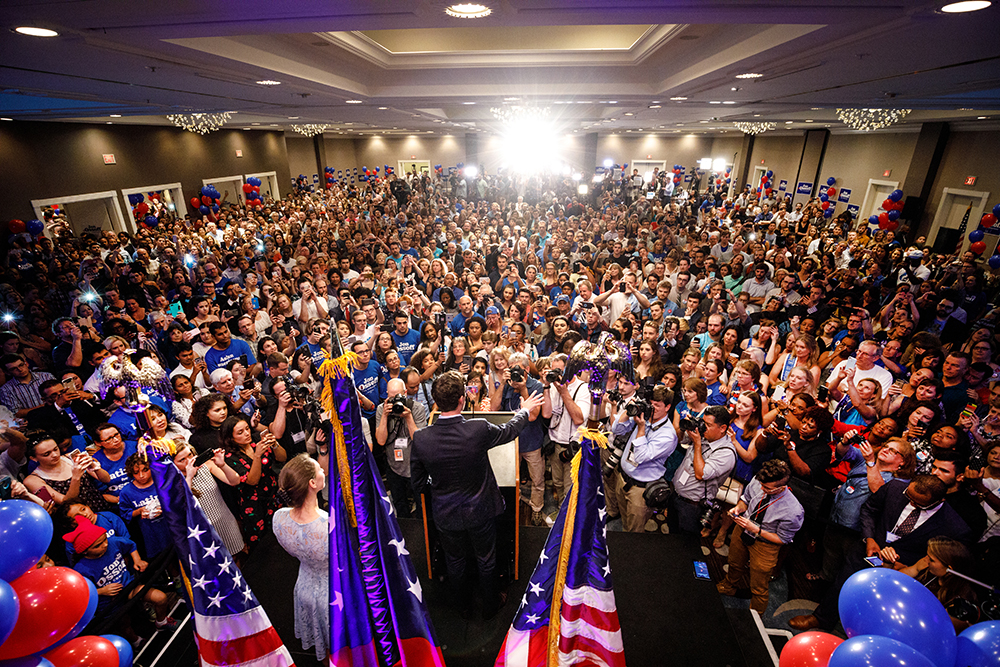 Photo credit:
In the photo biz, we call this camera-over-the-head move a "Hail Mary." This was a fine-tuned Hail Mary that turned out as I'd hoped. I made this image during Jon Ossoff's concession speech on June 20, 2017. I was photographing for the campaign, so was at the hotel hours before press and supporters arrived, which gave me time to secure a ladder behind the stage and practice the shot before the fact. This was one of several locations I knew I wanted to shoot from during his speech, so I had to be quick, especially since I didn't know how long his speech would be (turned out to be a little under four minutes). I'm happy with the shot the only thing that could be better in my mind is if Alicia, Jon's fianc̩e, were better framed in the set of flags beside him. That being said, I was standing on a very tall ladder with my arm fully extended to get the camera over the curtain.