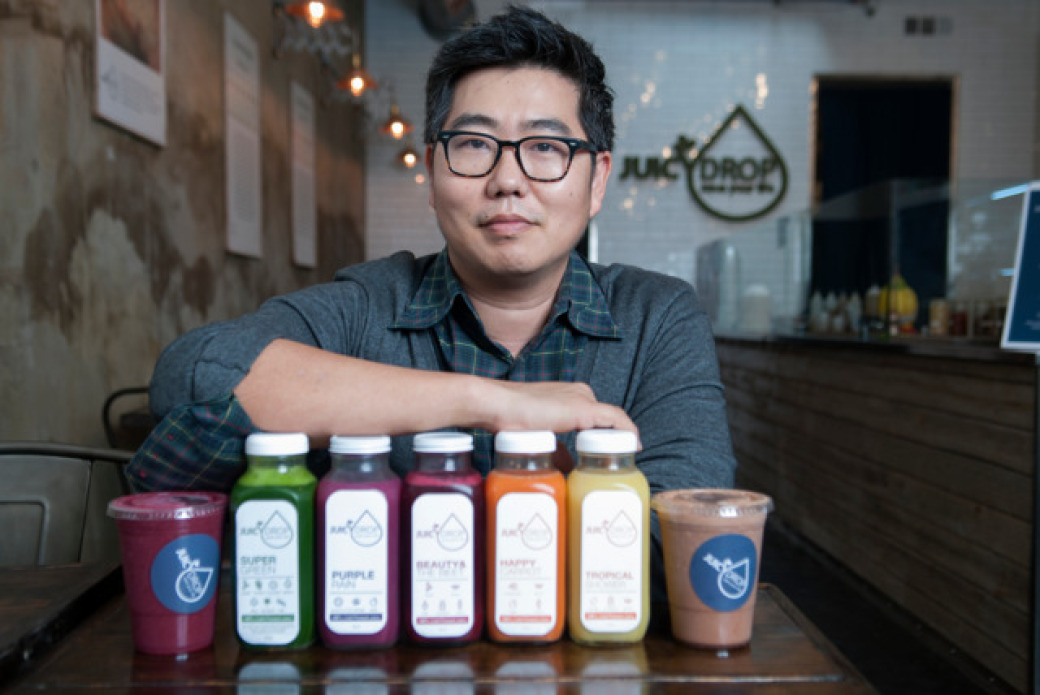 Tae “TK” Woo Kim is a slave to his craft. As the owner of JuicyDrop, which opened in Decatur this past August, he’s determined to get Atlantans to fall in love with his combination juice bar, salad bar, and poke shop — and that means separating himself from a confluence of similar concepts throughout the city.

Kim says his mission began with a sense of frustration. Too many poke businesses are number-obsessed without focusing on the product’s quality. But JuicyDrop is different, he says. “We cook like chefs, not like business owners.”

Having grown up in Korea, Kim says he feels restaurants there are on a different playing field when it comes to customer service and quality. Atlanta restaurants, he asserts, don’t experience the same level of competition that Korean ones do, thanks to Georgia having a smaller population and therefore, fewer restaurants. “In Korea it always feels like someone’s watching you and it makes for a more positive customer service experience. I’m a lucky guy because there’s not strong competition here.” The poke place around the corner, he says, has nothing on JuicyDrop.

Kim settled on his location in downtown Decatur after months of location scouting and research. He liked the potential for foot traffic and its close proximity to Your Dekalb Farmers Market, where he buys his produce fresh every morning. After being turned away by Alpharetta’s Avalon development (they weren’t impressed by his unknown brand), he had to persuade his current landlord, who was reluctant to convert the former hair salon space into a restaurant. “I showed him my 60-page business plan and he was convinced,” says Kim. It also helped that the landlord is a foodie; his building includes other restaurant concepts, like Ford Fry and Drew Belline’s No. 246.

SWEET BUT HEALTHY: Juicy Drop's acai bowl with red bananaJoeff DavisJuicyDrop’s aesthetic is a blend of industrial and earthy. Kim didn’t like that most poke restaurant interiors are stark white with a harsh pop of lime green or orange, reminding him of ice cream shops (or those eerily similar frozen yogurt spots of yore). Here, you’ll find exposed ducts and gray epoxy floors, but with wood, navy, and brass accents that add warmth. The wooden shelf over the product display case, built by Kim himself, adds eye candy, and the result is inviting, allowing guests to eat without feeling the need to rush out the door.

Kim’s hands-on approach extends to the food, of which he single-handedly does most of the cooking and preparing. JuicyDrop’s menu features juices that he cold-presses daily, and poke options that seem pretty standard as far protein and topping choices go. But there’s more to the bowls than meets the eye. “One day I was wondering, ‘how can I make the sushi rice without sugar?’” Kim recalls. Then it occurred to him that every morning, he was left with about half a gallon of his kale and apple juice blend. So he began adding it to the sushi rice along with rice vinegar, thereby allowing him to completely omit refined sugar. As a result, the rice takes on a soft green hue and subtle sweetness, while being far healthier for consumers.

Salads and poke bowls are topped with house-made dressings that come in vibrant flavors like ginger-tomato and cilantro-lime. Kim takes pride in the sesame dressing, which requires slowly roasting sesame seeds for a robust, toasted flavor and blending them with Japanese mayo and gluten-free soy sauce. You can order a PokeDrop/JuicyDrop combo for $15, which tacks on an

unce juice to your poke order.

CHOICES, CHOICES: Juicy Drop serves poke bowls, salads, and a variety of juices pressed and blended in-house.Joeff DavisKim's smoothies are called “smoothie juices” because they’re each made with a juice base, giving them a less viscous texture than the typical smoothie. Mango Colada has a base of Sweet Love juice — apple, pineapple, and mint — blended with apple, coconut milk, and lemon. Paradise On Earth is like a milkshake sans ice cream, with banana, raw almond butter, brown rice protein powder, and Milky Way juice (banana, almonds, and agave nectar).

Although JuicyDrop is still a fledgling business, Kim hopes to eventually expand the brand. He doesn’t think the poke trend will last more than a couple years, so he plans on placing more emphasis on his fresh salads. How determined is he to make his business baby succeed? “I haven’t seen my actual kids in a month.” 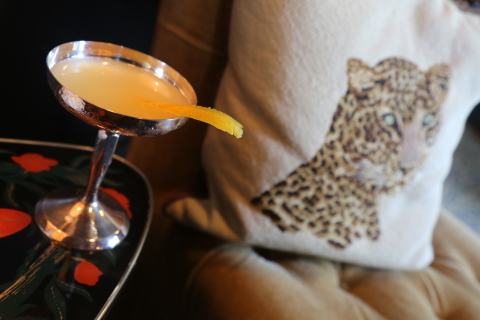 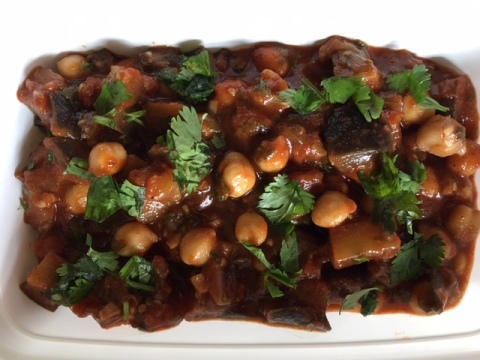 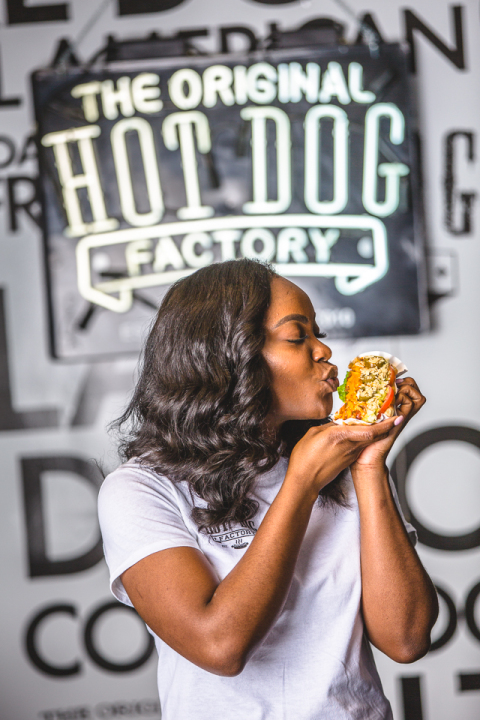 Dogs worth the drive Article

Felicia Atkinson of Smyrna's Original Hot Dog Factory offers gluttony with a side of cheer | more... 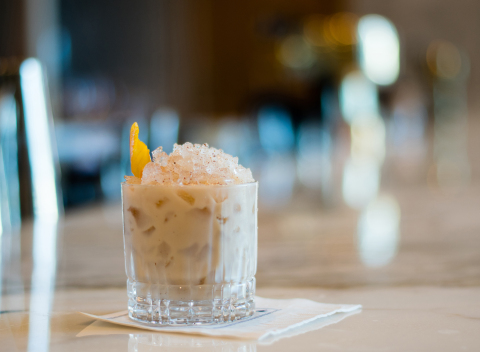