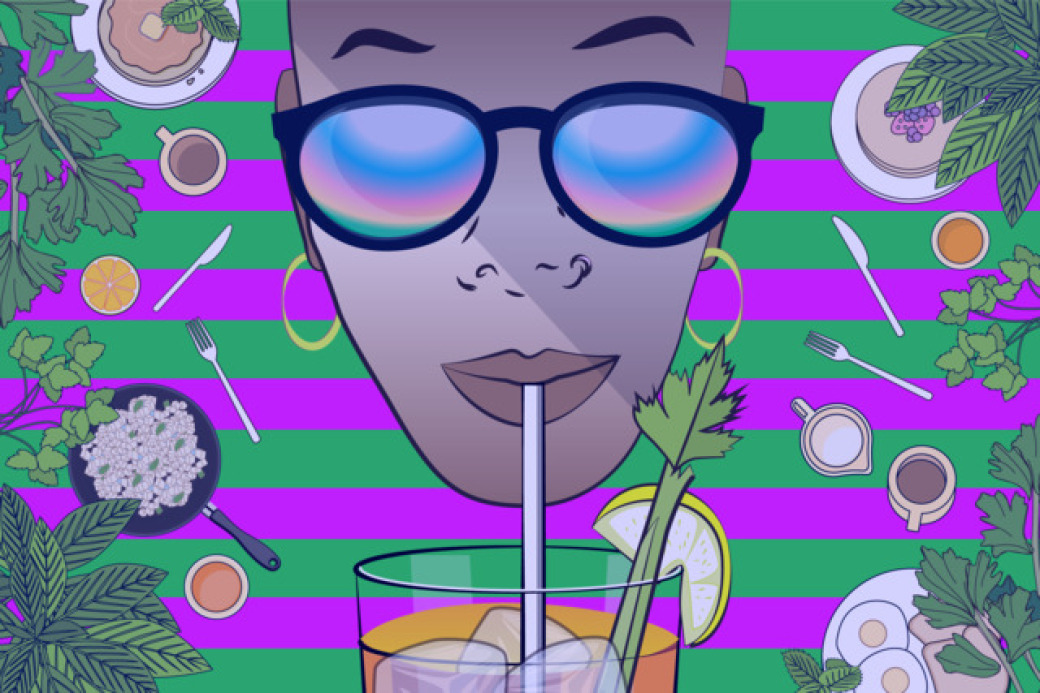 I'm a 30-year-old vegan with a thriving Instagram account, a mostly ironic wardrobe, and a job that I can't really explain without the words, "Well, OK. Let me see how I want to say this ..." So, of course, I brunch. I brunch a lot. In Atlanta, that means a quick Google search for who has the most outrageously distant interpretation of traditionally Southern food or the best options for parking or the greatest representation for my specific genre of being a person.

Once my goal is decided upon, I sit among friends who look like me or who like what I like or who charge their credit cards for the same concert tickets that I charge my credit cards for. We're at an overpriced caf̩ (we would've preferred the outdoor seating area, of course, but that would've been an extra 30 minutes, and someone has to leave at 1:30) at a too-small table that we already waited 45 minutes for, and we're pretending that the world isn't a steaming vat of crowded corruption with a dash of hope for flavor. Also, we're pretending that we don't have a role in keeping it that way.

You see, we take breaks from empathy, temporarily withdraw our names from the revolution guest list for the waiting list instead, and sit around in entitled ambivalence at brunch. We mention the chaos but only as it affects our own performance of self-care at brunch. We consider the white peach mimosa and ask if anyone's tried the Bloody Mary as we affirm each other's quiet self-importance and community-approved escapism. When the food comes out (sage biscuits under shiitake mushroom gravy, tofu scrambles with sides of steamed kale, or maybe buckwheat pancakes topped with seasonal fruit compote) we lean over and ask, "Oooh, did you get ???the thing'? I totally should've gotten ???the thing,' but I got this other thing that I sometimes get, but really, I always want ???the thing.' Do you think it's too late for me to order ???the thing'? No, no. Actually, I'm fine. This is good. No, seriously. This is fine.?۝

Just like any major city's brunch scene, Atlanta brunching mostly means looking the part. I like to switch it up between "intentionally disheveled former farmer," "I care about social issues but in a cute way," and "I was up all night being a supportive friend and I had a little trouble parking, but look at these cool sunglasses I found somewhere." It truly depends on the season, and every subculture has its own way of getting it done. Then you compete with the table next to you by being trendier or more contrived, and perhaps by talking louder than them as they generically critique Trump or complain about their nonprofit jobs and how much work they have to do but like, it's rewarding to be somewhere so necessary, you know? And so it's fine. No, seriously. It's fine.

Whatever you do, the surefire way to win at brunching is to essentially ignore the traces of poverty around you by sighing and pointing out gentrification, but also by praising its cruel progress through your very presence in its spread. You can also blame other people for everything that bothers you by making lazy and dangerous generalizations as you wait for your extra side of Sriracha syrup. If those two don't work and they should you can always fail to remember for a bit that one or more of your overly politicized identities could get you killed later on that afternoon. Strangely, pretending to be a modern, urban adult protects you from nothing except a necessary desperation for change and true authenticity.

But brunch is what we do, OK? And perpetually exhausted millennials seem to believe we deserve it. We deserve to see our friends at the end of a busy week spent pretending to do all that we can to right the wrongs of other people. We deserve to ask an underpaid server to help us move extra chairs to our table because we have three other people coming, so like ... yeah, now. We deserve a life that shouldn't even exist in a city that believes it can thrive while thousands suffer. We deserve to dress up in identity costumes and eat expensive "alternative" food and play make-believe. Mostly, we deserve to not have what we enjoy questioned. Because after all, we're doing our very best, right? No, seriously. This is fine.

No results for query.
Search for more by Jill is Black