Slim Chance's record and CD fundraiser is all about the community

Feed your vinyl addiction for a couple of good causes 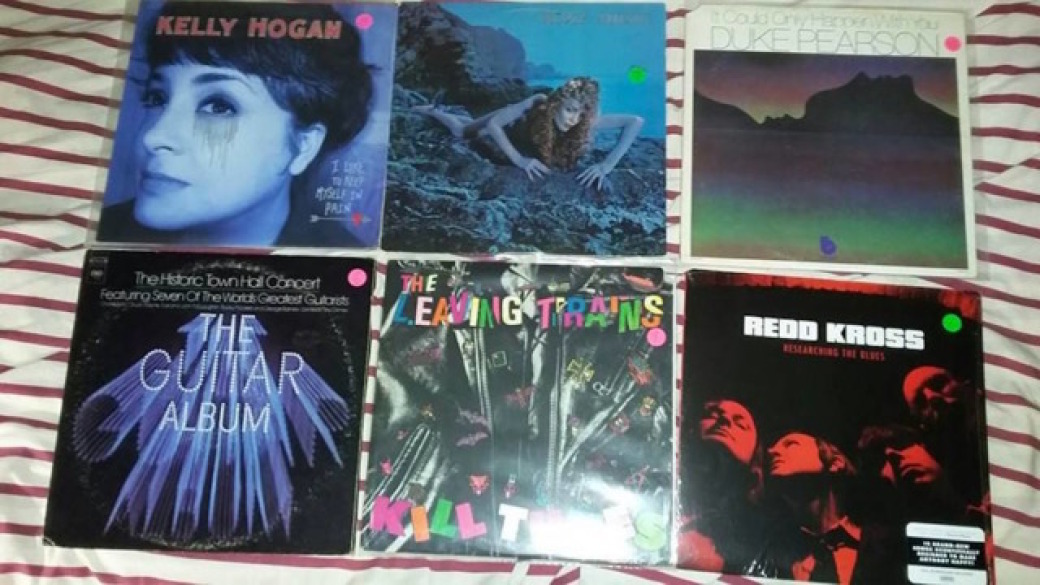 Photo credit: James Kelly
ONE MAN'S TRASH IS ANOTHER MAN'S TREASURE: Just a handful of the records one might stumble up at James Kelly's b-annual record-CD fundraiser yard sale.
By Chad Radford Tuesday October 10, 2017 11:35 pm EDT

On Saturday, October 14, Cabbagetown's longstanding country music fixture and CL music scribe James Kelly, aka Slim Chance, hosts his biannual record and CD yard sale at his home on Pearl Street. Everybody knows it's a crate digger's paradise. For Kelly, these regular yard sales serve as an excellent social function, and as an outlet to give back something back to the community.

Why do you have these yard sales?

I have been a record collector since I was a kid. My dad was a musician, and I have always had records in my house. Over the last 10-15 years I've had an obsession with thrift stores and yard sales. I'd bought a bunch of stuff and decided I needed to thin the heard. Then Greg Germani, who is also a very avid record collector, was injured, I thought that a yard sale would be a good way to get this stuff out of my house, and could give the money to Greg. I wanted to divest stuff that I had collected, but wanted to put it to good use. Greg was the primary motivation, but then other people I knew were dealing with medical issues, so I just increased the number of people I wanted to benefit from this.

This sale will benefit Greg, Marty "the Plumber" Nolan, and the people of Puerto Rico. Marty is ill. He has been in the hospital for a while, and has been unable to work. He was one of the original Star Bar owners, and he has really contributed a lot to the music scene. Plus he was my plumber for years. He's been a good friend for a long time and I want to help him as much as I can.

When I was hitting 60 years old I was thinking about how lucky I had been. People had given me breaks and opportunities. I have a steady career. I thought, I want to spend what time I have left giving back to people, and giving back to society in some way. This is one way to it, but I can be a little bit selfish. Doing these sales feeds my addiction for vinyl while allowing me to help others. It's the right thing for me to do.

Donating money to Greg Germani and Marty Nolan means helping someone who is within our social sphere, and directly impacts the music scene that we're a part of. Why is it important for you to also give money to the people of Puerto Rico?

The devastation in Puerto Rico has been so bad, and the response from the American government has been so poor. They're part of America. My girlfriend and I have been to Puerto Rico three-four times. I love visiting there. The people are wonderful, and it's a great place to go and hang out. I have a real soft spot for Puerto Rico.

Have you picked out a charity to help Puerto Rico?

Not yet, but I am looking very carefully. Doctors Without Borders is one that I've been looking at. Oxfam seems to be a good one, too. I'm not sure yet.

How many yard sales like this have you done?

I've been doing them for three years; this one is number six. I do them every six months.

You gather materials to sell, but other people donate to the sale as well, correct?

I go to Goodwill and Value Village for CDs, Goodwill for vinyl. But there are people who have donated boxes of records to me for this. Jeff Crompton, the saxophone player, has given me some incredible jazz albums. Jeff Patch, who lives in Cabbagetown and has been a drummer in a few bands over the years has given me a bunch of great underground rock and obscure '60s stuff. He's donated to the last three or four sales. My friend Suzan Mobley Rhodes is Marvin Rhodes widow. I met him at Wax 'n' Facts. He was a Viet Nam vet who died from cancer that was basically the result of exposure to Agent Orange and Agent White. He was a record collector, and she gave me his collection after he passed away. Other people have brought me stuff.

People who know Greg and other folks appreciate and understand why we do this. It's a total community thing. I get a lot of help from people and it makes it worthwhile.

Do you have any advice for newcomers to the sale?

I would advise they get there by 9 a.m. There are a few early birds who sneak in, but I usually put them to work. Show up early and plan on spending some time digging, because there's good stuff from the $1 bin on up. I have vinyl, CDs, and I'm putting out a box of DVDs for $1 each. I'll have VHS taps for maybe $.50 maybe three for $1.

What's the biggest score you've ever come across while gathering up records for your yard sale?

I found the R.E.M. Hip-Tone single for $.25. And the Pylon single with the fish sticker on it for $.25. I went to Goodwill in Columbus, and twice I have found mint copies of an album by a singer-songwriter named Blaze Foley. He was an Austinite from Oklahoma, but he lived in Carrollton for a while. His record was produced by Townes Van Zandt. He used to drive around with boxes of it in his car. Now it sells online for like $350. I found two of them for $.99 each one of them is still sealed and the other one is autographed. I'm hanging on to them.

Just recently I was in Covington and found a souvenir record of Egyptian music. It had the Sphynx on the cover, and it features Salah Ragab who is one of the most respected jazz musicians in Egypt. He was also a Sun Ra collaborator. I've seen it listed online for $500. I have found amazing stuff, and people have donated amazing stuff.

Plus: The Star Bar will live again, new music from Nikki & the Phantom Callers, Picture One, and more | more...
Search for more by Chad Radford